Innocent bystanders hid under counters and in bathrooms trying to get to safety as many feared there was a shooting in progress. 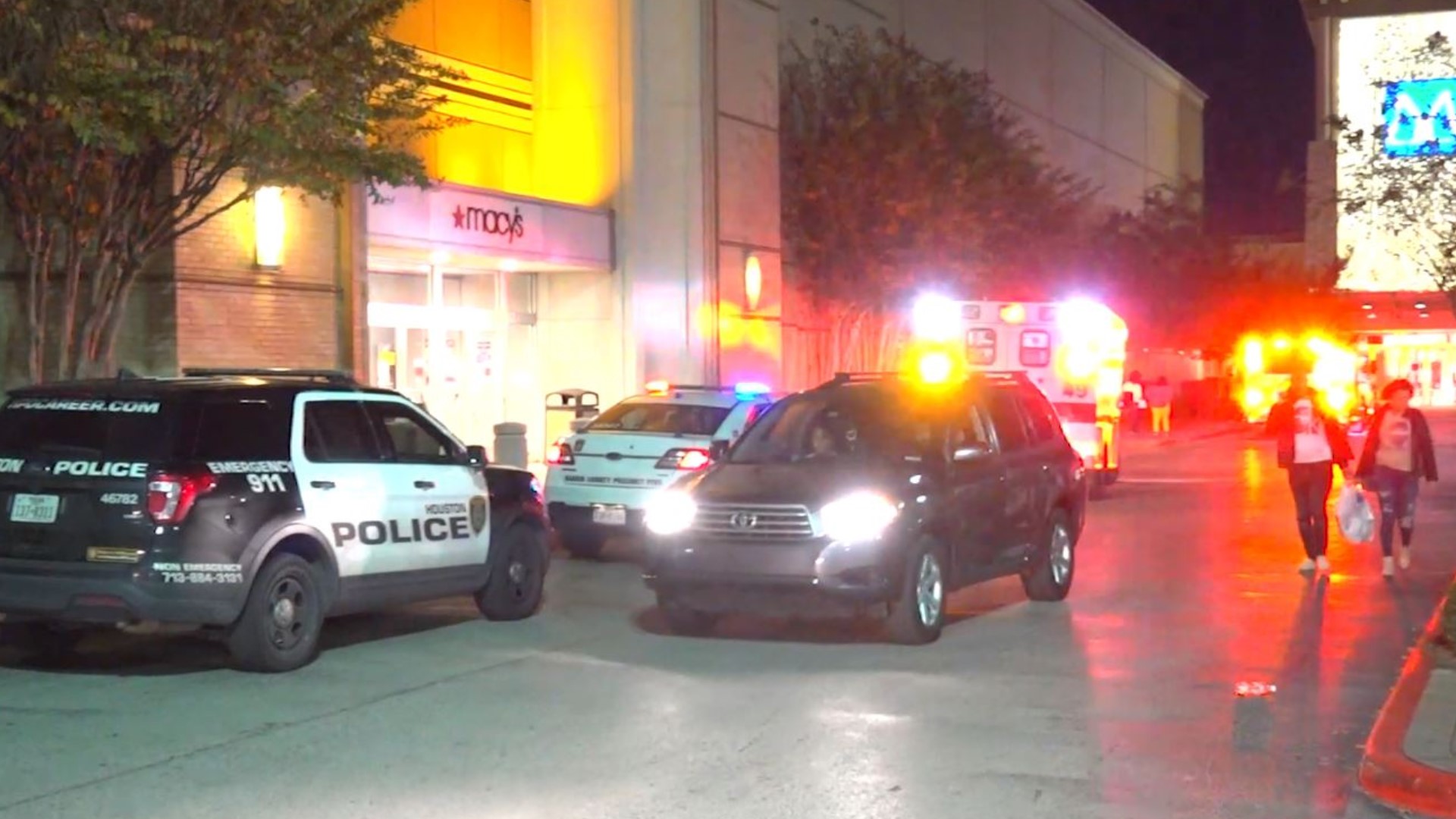 The incident occurred at about 9:20 p.m. The Houston Police Department responded, but the suspects managed to get away.

Ambulances were also called to the scene, but the extent of any injuries involved, if any, was not immediately known.

According to witness statements, innocent bystanders ran and hid under counters and in bathrooms as the sound of smashing glass echoed through a portion of the mall.

RELATED: Smash-and-grab at Memorial City Mall in 2017 was also mistaken for gunfire

“I was very, very scared,” said Oscar, who works at a store in the mall. “At first, to make sure that we were safe - so we turned off the lights. We turned off the computer. Anything that will bring their attention. We locked up the door, and we went to the ground.”

“It’s too scary. We have too little boys, my wife, my two coworkers — one of them, she was very scared," he added.

It's not clear if the suspects got away with anything.

Another witness said she saw a man with a gun inside the store. At this time there are no confirmed reports that shots were actually fired, however.

Sunday night's incident is similar to a December 2017 smash-and-grab at the same mall. In that incident, robbers also smashed glass cases and caused panic inside the mall as shoppers thought there was gunfire.

Anyone with information about Sunday's robbery should call Houston Crime Stoppers at 713-222-TIPS or the HPD Burglary Division at 713-308-0900.