Houston police have released photos of two suspects riding in a silver Nissan Altima with paper plates after the shooting on the patio of the Grotto Ristorante. 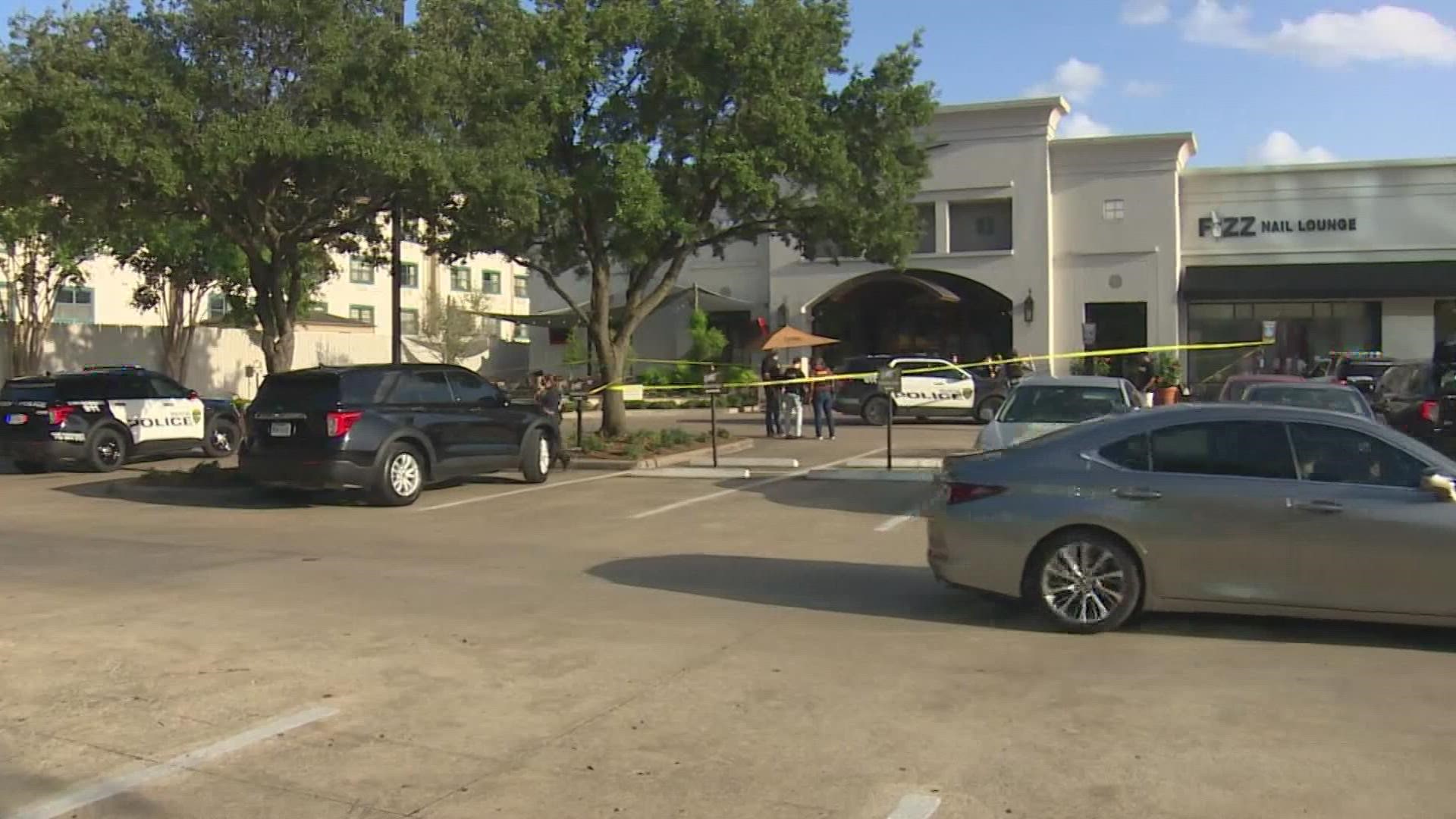 HOUSTON — An off-duty police officer visiting from New Orleans was shot and killed Saturday on a restaurant patio near Westheimer and the West Loop, according to Houston Police Chief Troy Finner.

The chief said the New Orleans police officer was one of two people shot around 5:15 p.m. while eating dinner on the patio of the Grotto Ristorante at 4715 Westheimer Road, just east of the 610 West Loop.

According to investigators, two armed suspects approached a group of people on the patio and demanded they hand over their belongings. Witnesses said the group complied with the suspects' demands, and at some point, one of the alleged gunman fired his weapon.

Finner said the suspects left with nothing.

The second victim was taken to the hospital, where he was last reported to be in critical condition.

UPDATE: Surveillance photos of 2 black male suspects and wanted vehicle, a silver/gray Nissan Altima with paper tags. They are wanted in this fatal shooting of an off-duty @NOPDNews officer.

Please call HPD Homicide 713-308-3600 with info or give tip for reward to @CrimeStopHOU https://t.co/Xatung6LDN pic.twitter.com/jBFhsK82yC

"We're better than this," Finner said. "And I'm not going to let by as the chief, and everyone that's standing with me right now, and let a few [little] thugs tear down our city."

Finner said he will not release the names or ages of the victims. He said the off-duty officer is a father of two children and well respected in New Orleans Police Department.

"We have been made aware of this incident. We are certain the Houston Police Department will work diligently to find the perpetrators of this terrible crime.

"I want to thank Houston Police Chief Troy Finner for his strong words of support tonight.

"I would also ask that you pray for the NOPD family as we begin to understand the enormous loss we have suffered.

"At this point, we will not be identifying the fallen officer and we ask that you respect the privacy of his family at this terrible time."

If you have any information that could help police in identifying the suspects are making an arrest, please call Crime Stoppers of Houston at 713-222-TIPS (8477).

'Right now, I'm damn mad. It makes no sense. We're going to stand together as a city.' @houstonpolice Chief @TroyFinner spoke after two people were shot on the patio of a Galleria-area restaurant. One victim -- an off-duty New Orleans officer. https://t.co/zDHIqwG6D5 pic.twitter.com/U1K3VKonJb