This scene is still active. The circumstances surrounding the shooting are unknown at this time. 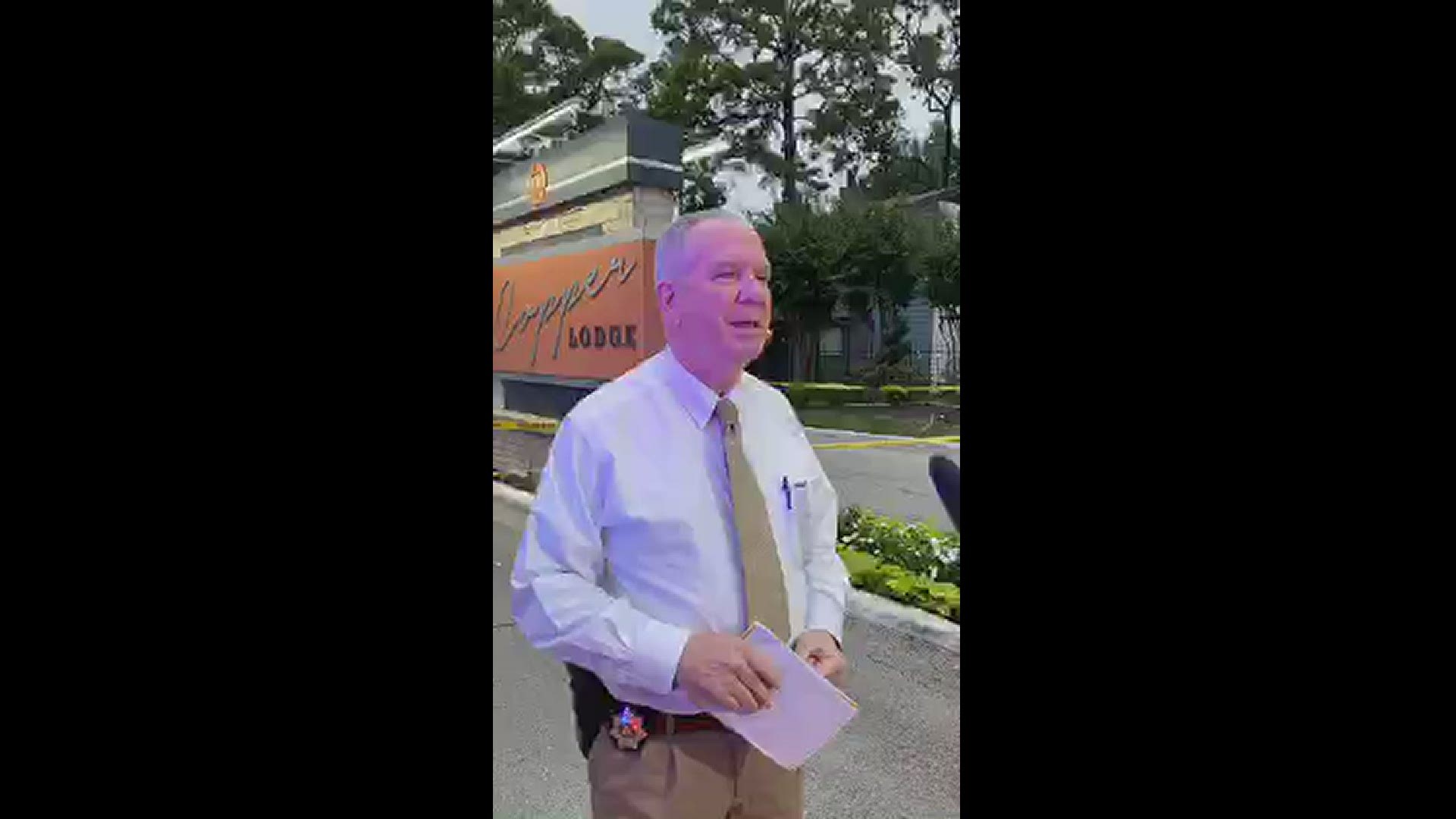 The scene, which is still active, is at the Copper Lodge apartments in the 1000 block of Cypress Station Drive.

Harris County Sheriff's Office deputies were called to the apartment complex at about 4:35 a.mm. after reports of shots fired. When they arrived on scene they found a man shot in the parking lot.

CPR was performed on the man until EMS arrived. The man was then taken to a nearby hospital where he later died.

While deputies were canvassing the area for evidence, they found another man shot to death nearby.

Investigators believe this man was involved in the same shooting as the other man and based on the number of shell casings found on scene, they believe another person may have been involved.

The victims have not been identified and there are no suspects in custody at this time.

One gun has been found on scene.

This investigation is still ongoing. Check back for any updates.

Media briefing from Homicide Sgt. A. Beall on the fatal shooting of 2 men outside an apartment building in the 1000 block of Cypress Station #hounews https://t.co/z3zUrQURrt