Viral video shows a man posing with his gun, pointed up, and taking a selfie. Then he puts the gun to this buddy's head to snap another selfie. 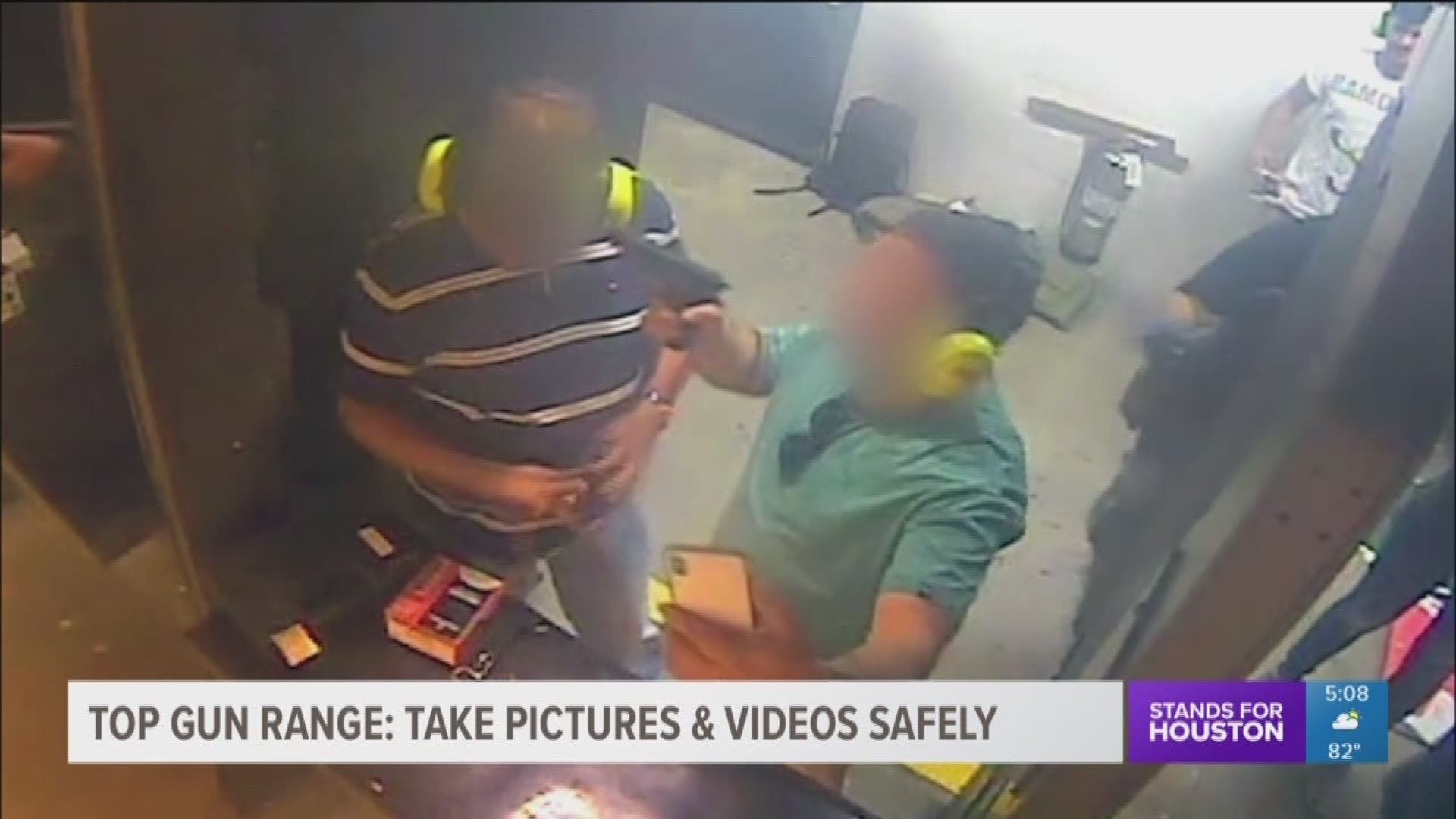 HOUSTON - At Top Gun Range in southwest Houston, gun enthusiasts come in to shoot their weapons safely, and taking photos or video is encouraged.

"Taking pictures is OK, but you just have to do it safely," said Kyle Harrison, general manager at Top Gun.

But the two men in Oct. 5 surveillance video that's now gone viral weren't safe at all. In the video above, you can see the man in the teal shirt posing with his gun, pointed up, and taking a selfie. Then he puts the gun to his buddy's head to snap another selfie.

"You have to assume every firearm is loaded," Harrison said. "You don't want to point it at something you want to destroy, and he was pointing it at his friend's head."

"Our range safety officer caught it, took the weapon, cleared it and escorted them off the fire line immediately," Harrison said.

The gun wasn't loaded. Harrison says the men were apologetic.

"There's really no apologizing for breaking safety rules," Harrison said. "You can't do that. You have to take them (guns) seriously. They're not toys."

Earlier this summer, we saw firsthand what can happen when you take selfies with guns. Last July, two Conroe teens were arrested after a 16-year-old was accidentally killed while they snapped photos with a loaded gun. Harrison says both men have now been forever banned from stepping foot in Top Gun again.

"Those gentlemen were definitely in need of ongoing education and training," Harrison said.