During the press conference, Sheriff Gonzalez said he hoped to release a more detailed physical description of the shooter within the next 24 hours. 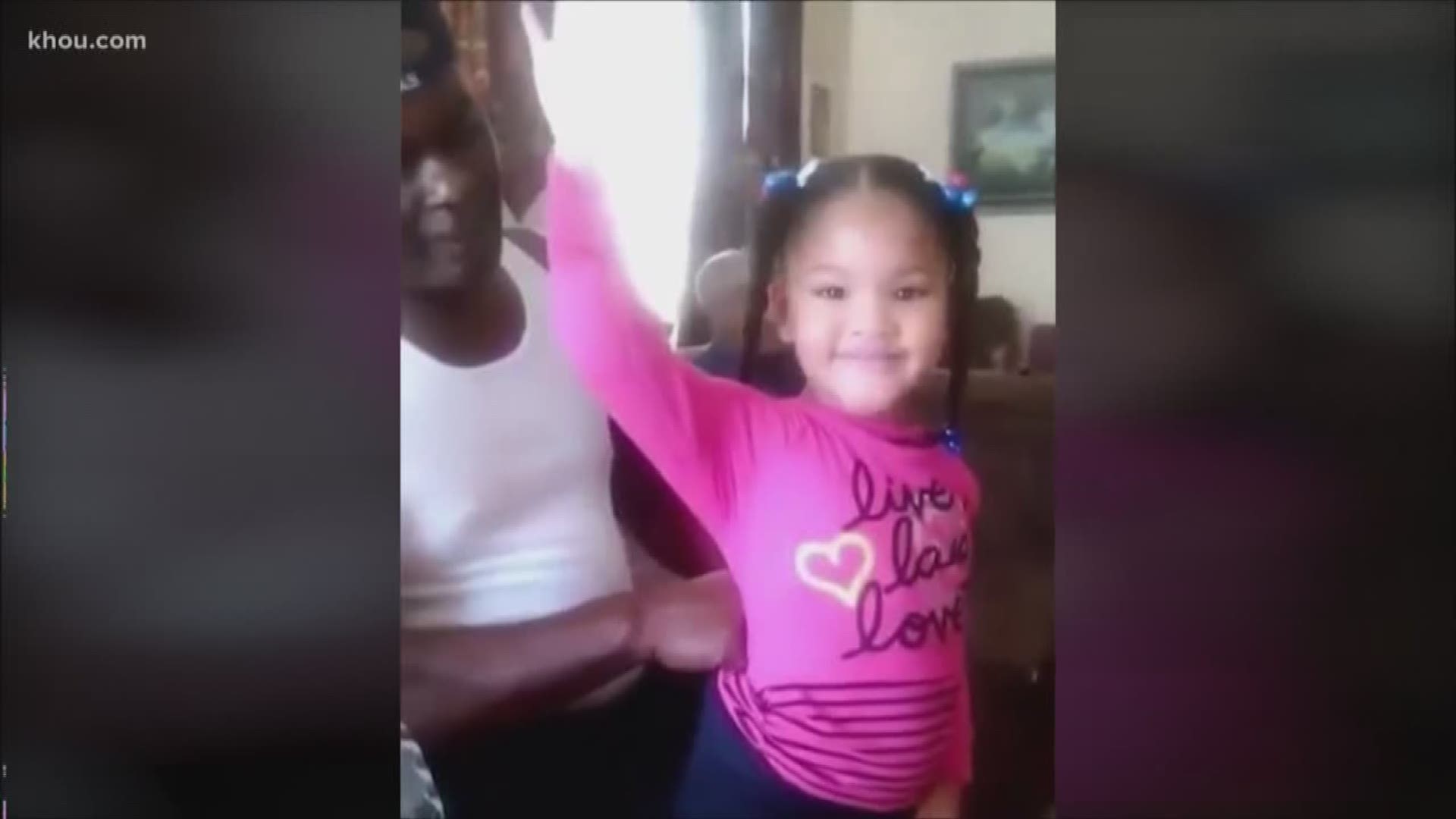 Gonzalez said he couldn't release specific information about progress made in the homicide investigation, which was opened Sunday morning, but said he had full faith in his deputies and team of investigators.

Gonzalez confirmed the Federal Bureau of Alcohol, Tobacco, Firearms and Explosives was running ballistics tests on the shell casings from the handgun used to kill the 7-year-old Harris County girl.

Jazmine's oldest sister, who is 15 years old, is working to provide investigators more details about the gunman's physical description. E.A. Deckard, a local pastor who is also working as a spokesman for Jazmine's family, told KHOU 11 News the teen made eye contact with her sister's killer as he fired multiple shots out of a passenger-side window of a red four-door pickup truck.

During the press conference, Sheriff Gonzalez said he hoped to release a more detailed physical description of the shooter within the next 24 hours.

"We will not rest until we solve this case," Gonzalez said.

Meanwhile, Jazmine's family continues to share more photos and a cellphone video of the Monahan Elementary second grader who told her family she wanted to grow up to be a teacher.

In the cellphone video you hear Jazmine speak and laugh as she plays with a family member. Her family is hopeful that sharing more personal images of the little girl will tug at the heartstrings of someone who may be able to lead investigators to the killer.

"We’ll do everything possible," Gonzalez said. "I guarantee if we come to the point where there’s simply not anything else we can do, we’ll be honest with the public and say we still need more help."

Deckard is helping to organize a "community manhunt" at noon on Saturday. He's inviting the public to meet in the parking lot of the Wal-Mart at Wallisville Road and the Sam Houston Tollway.

Deckard is hoping to take the updated physical description of the shooter and share it with the community.

"I am pleading with all Houstonians," Deckard said. "Let’s show up this Saturday at 12 noon. Let’s go door to door, car to car, let’s make sure this shooter is brought to justice."