Firefighters battled a four-alarm fire at a warehouse in south Houston Monday, which included a shelter-in-place for part of the morning. 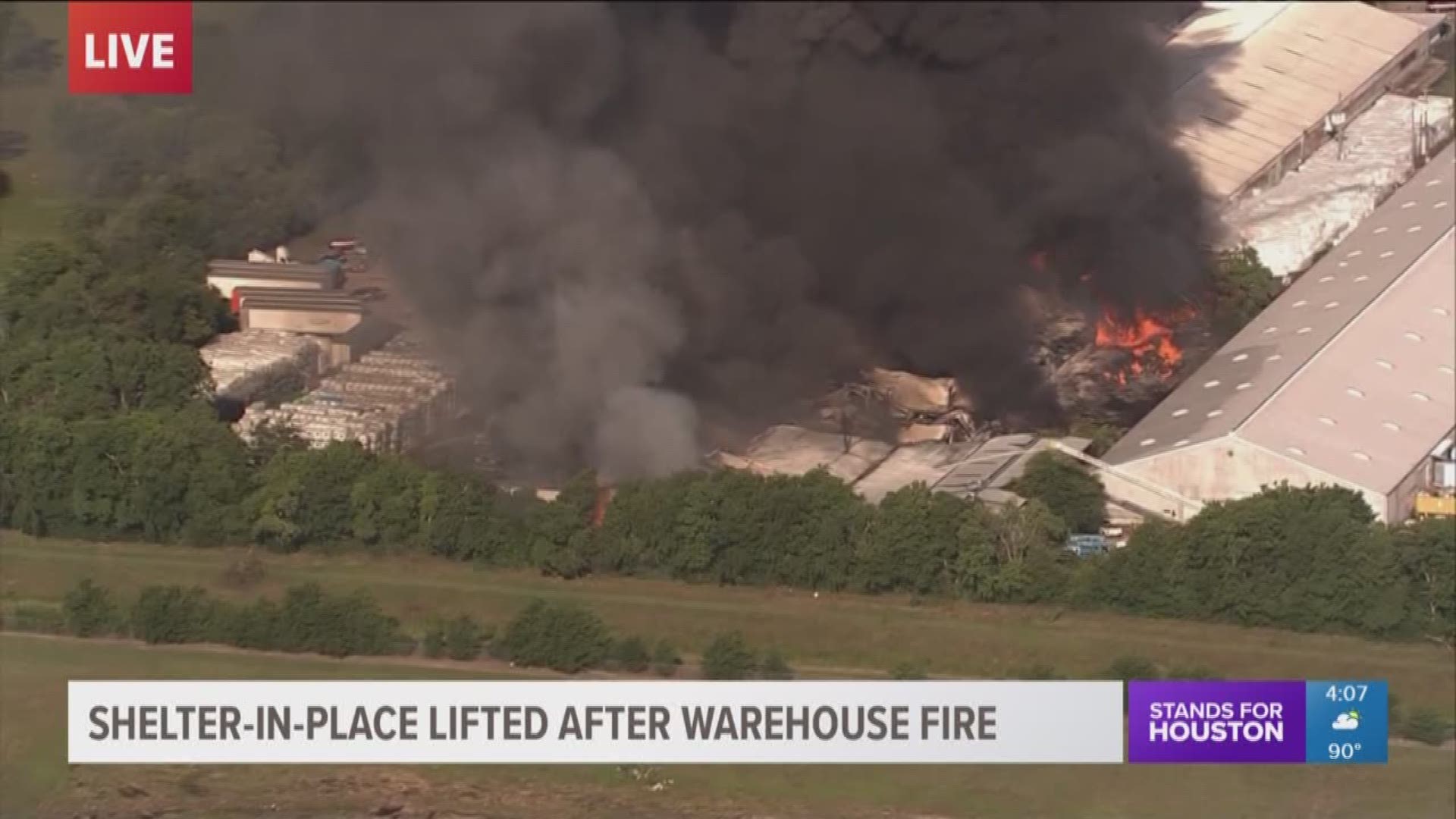 HOUSTON – A shelter in place has been lifted following a massive four-alarm fire at a plastic tote recycling business in south Houston.

Firefighters battled the blaze at the National Container Group, a cleaning warehouse for plastic totes or large storage containers, located near Fuqua and Almeda Street for more than five hours.

The blaze is now under control, but Monday morning, the massive plumes of smoke could be seen from miles away.

Arson investigators are at the scene trying to determine what caused the blaze. They will likely not have an answer until Tuesday.

There were no injuries reported and the fire did not spread to nearby facilities, officials said.

Firefighters say the back part of the building that houses thousands of empty plastic totes caught fire. Totes containing trace amounts of varying chemical residuals left inside, from what it once contained. Chemicals such as bleach to organic peroxides.

From the air and on the ground, intense flames were seen flaring up as more than 155 HFD firefighters worked to put it out.

From sparse water supplies, to the heat, the chief said battling the fire had been an uphill battle.

“It’s very cumbersome, access is restricted, it’s like a maze in there to try and gain access into the seed of the fire,” said HFD Chief Sam Pena.

#BREAKING UPDATE: @FireChiefofHFD asking folks living within a 1 mile radius of recycling center warehouse fire near Almeda and Fuqua in S. Houston to shelter in place at this time. #khou11 pic.twitter.com/Em716TQ1nZ

And as firefighters were left fighting, both the flames and the Houston heat, Metro busses were brought in to help cool them down.

The cause of the fire is still under investigation, and because of the potential for different types of chemicals that may have burned, firefighters are now trying to keep the water run off secured within the warehouse area.

Hazmat and de-contamination crews are on scene to help clean up.