We asked the congresswoman if it was irresponsible to call the murder of Jazmine Barnes a hate crime early in the investigation. 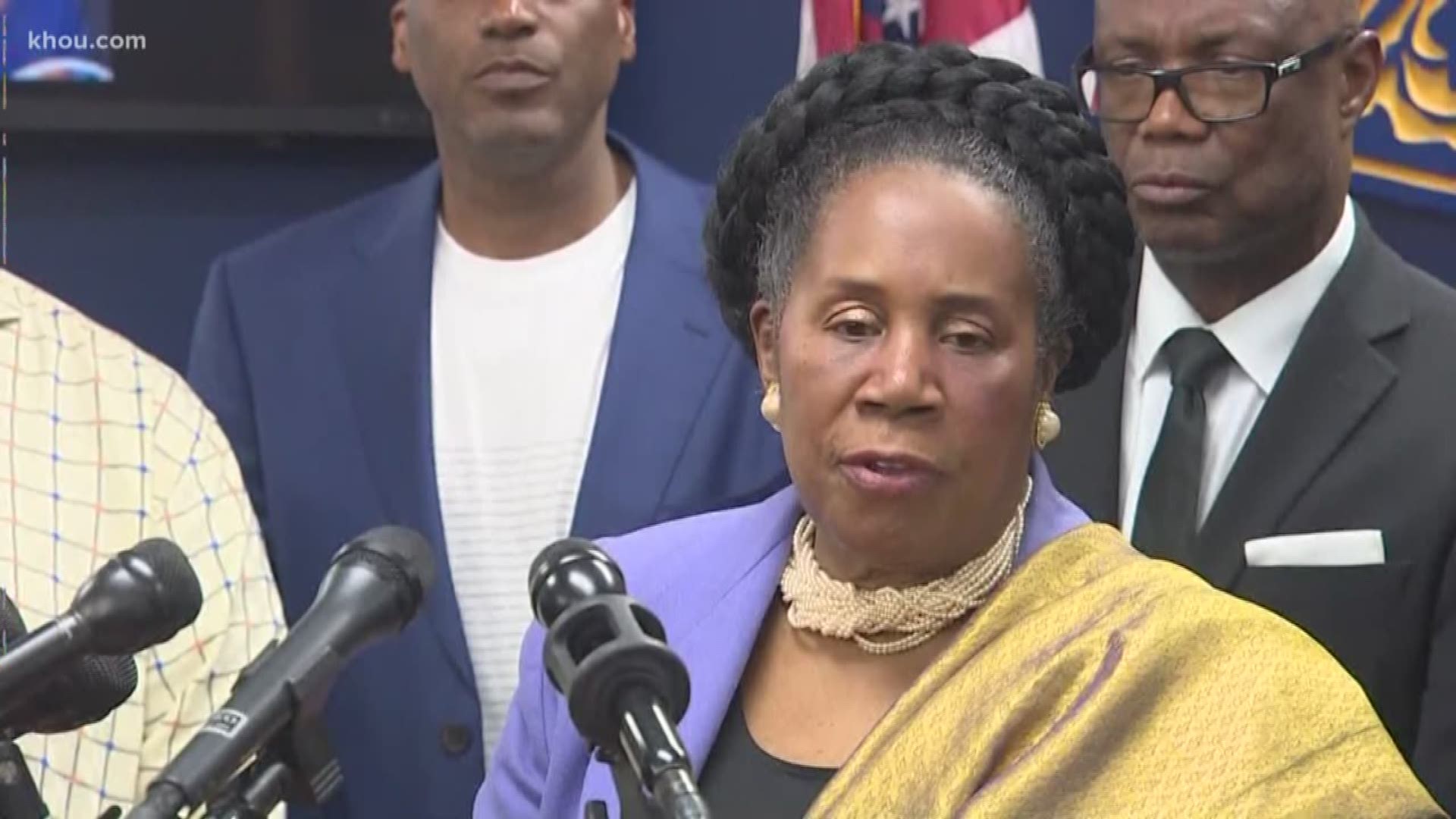 HOUSTON - Congresswoman Sheila Jackson Lee is defending her actions after calling the murder of 7-year-old Jazmine Barnes a hate crime.

The girl's family initially described the suspect as a white man in his 40s and said they believed the attack was a hate crime.

In the days since the shooting, activists and community leaders, including the congresswoman, also characterized the killing as a hate crime, and the story made national headlines.

It turned out both suspects in the Jazmine Barnes case are black. One of the men, Eric Black, Jr., has been charged with capital murder in the little girl's death.

The other, Larry Woodruffe, is in custody on drug-related charges but has been named a suspect in the case.

We asked the congresswoman if calling the crime a hate crime early in the investigation was irresponsible.

The following is her response during a press conference on Sunday:

"Absolutely not. Nothing is irresponsible when it comes to the loss of a precious 7 or 8 year old. As many in the community did, they expressed that it might be, it seems to have the criteria of that. Which is why I emphasize that the intensity of the community is no less because the perpetrator has been found to be something other than," Jackson said. "But the idea of the question of race as been stated by Bishop Dickson and others that we should engage in that discussion because it would be the kind of thing that lends itself to thinking if this description came in however way from a frightened car full of young girls, baby girls, and their frightened mother and so the good thing was that in the comments that were made, there was no hysteria, there was no encouraging individuals to go out and find that person. It was nothing but orderly respect for the rule of law."

My question to Rep. Sheila Jackson Lee at today's #JazmineBarnes press conference: Was it irresponsible to suggest this sweet little girl's murder was a hate crime before knowing all the facts? Thoughts? #KHOU11 #HTownRush pic.twitter.com/wiUdUKmyte