He was swimming alone in the calm water about 200 yards from the shore when something within arm's reach made a splash with its tail in front of him. 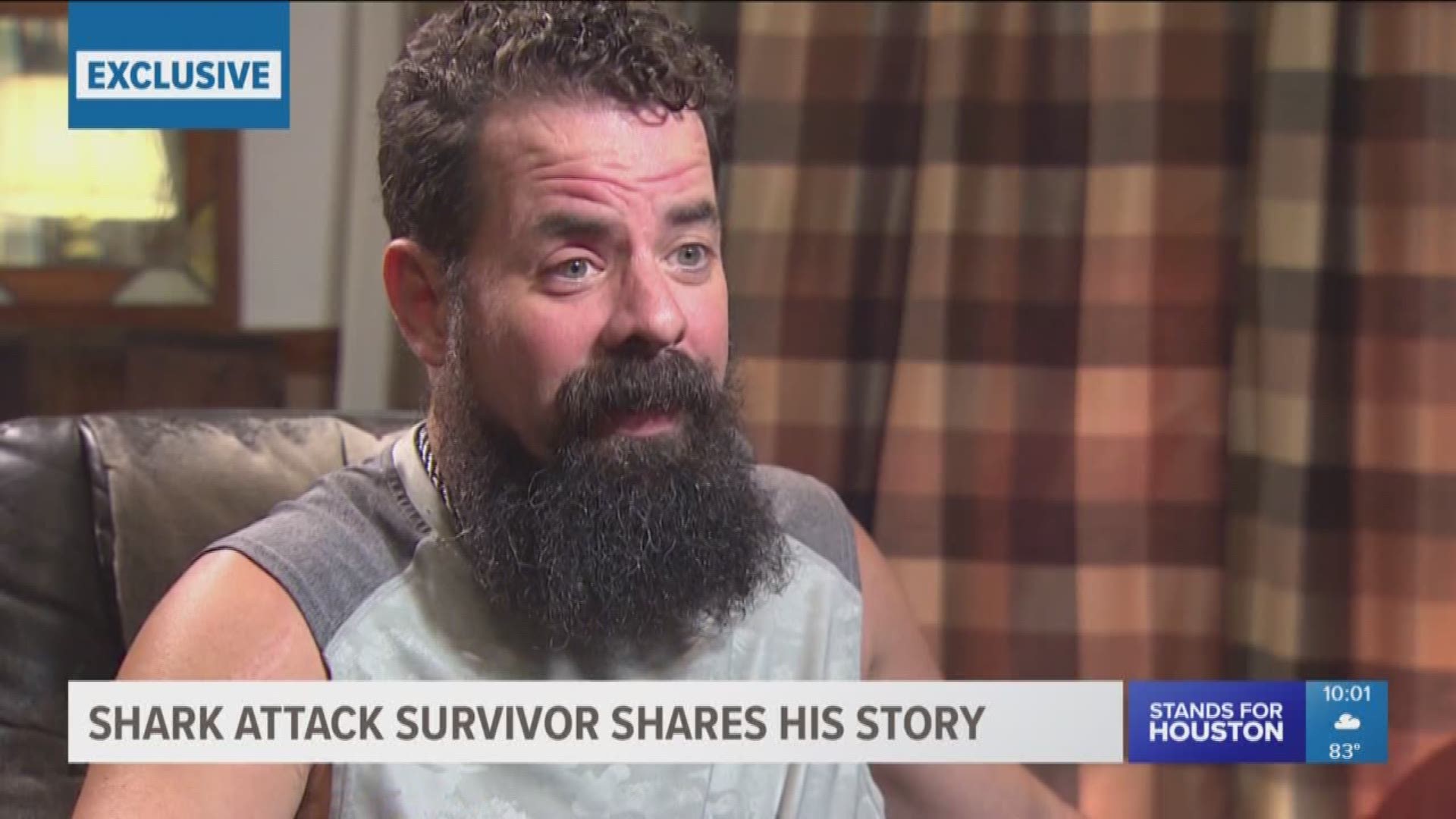 ALVIN, Texas — The man attacked by a shark while swimming off Crystal Beach last week is speaking exclusively with KHOU 11 in his only sit-down interview since his release from the hospital.

Blaine Shelton has had a rough week.

The 42-year-old construction worker never knew his life would be forever changed the day he took some out-of-town friends aboard the Bolivar Ferry to Crystal Beach.

Shelton was swimming alone in the calm water about 200 yards from the shore when something within arm’s reach made a splash with its tail in front of him.

“I already saw the fin, and I knew it wasn’t a porpoise,” Shelton said. “So I turn around to get out of there and that’s when he grabbed me by the leg. And I guess the only way to explain it would be like sandpaper, is what it felt like; just grabbed on, like gritty.”

Shelton says he knew what had happened. He had been bitten by a shark. A big one.

Shelton began to swim as hard as he could back to the sand. He said the shark was following him.

“When I did hear that [my friend’s daughter] saw him behind me is when I stared going, ‘Man, all it would’ve taken, if he would’ve grabbed me one more time, I might not have been able to swim,’” Shelton said. “And in which case, I’m fish bait.”

Shelton was bleeding profusely once he got to the shore.

The shark had ripped through the flesh and muscle below his right knee, taking out a piece of tendon in his leg.

One of Shelton’s friends managed to get to a roadway and jump in front of a Galveston County Sheriff’s Deputy on patrol.

Shelton was transported off the Bolivar Peninsula to UTMB Hospital in Galveston where he was hospitalized for four days.

His twin brother from Austin is now helping to care for Shelton who has difficulty walking and even needs help to make his bed.

Shelton returned to the emergency room Thursday morning because his wound appeared to be getting infected.

The victim’s incredible shark-bite story has come at a price.

He is asking for financial help through a GoFundMe campaign.

Shelton says he was told by shark experts he is the 66th reported shark attack in Texas Coastal waters since the 1880s.

The expert who examined Shelton’s wound told him he was bitten by a bull shark, around 7 feet long.

“I wouldn’t call this a near-death experience, but it is,” Shelton said. “Because if one thing had happened, if it had cut an artery, that would be it. So if people can take one thing out of it, it’s ‘tell the people you love, you love them.’ You never know when the last time you’re going to see them is. You could be going across the ferry one day to go swimming — and that’s it.”