Shark attack victims celebrate survival with a unique paddle out

The event was held just about a year after teen Keane Webre-Hayes survived an attack by an 11-foot great white shark. 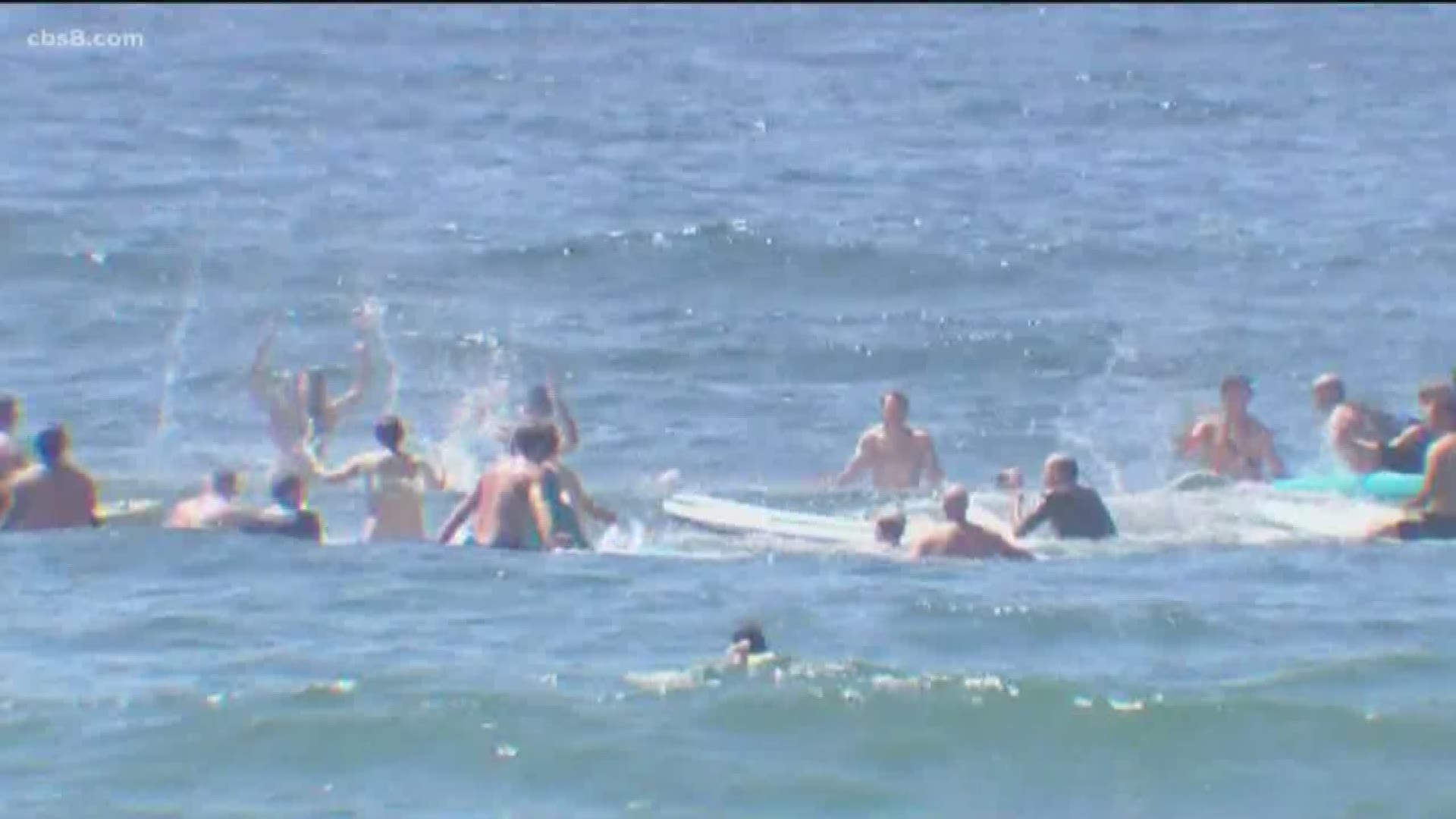 ENCINITAS, Calif. — Shark attack survivors along with the public gathered together in Encinitas on Saturday for a paddle out to celebrate the survival of Keane Webre-Hayes. Webre-Hayes was attacked by an 11-foot great white shark while lobster diving in September 2019.

The teen received over 1,000 stitches on his way to recovery.

Webre-Hayes told News 8 that it was good to be there on Saturday with all of his buddies who supported him after the attack.

Keane’s mom, Ellie Webre-Hayes, said it was important to celebrate not only his life but his ability to survive such an attack. She says she is thankful for every single day that she gets to hug her son especially after coming so close to losing him. She says she has a new appreciation for life and for survival.

Other shark attack survivors also took part in the celebration and paddle out. Maria Korcsmaros told News 8 that a shark got her like a hamburger from front to back. She had her triceps ripped of all the way to the bone. She said it was important to be at the paddle out calling it a big milestone for Keane.

Steve Robles, another shark attack victim also told stories of his encounter with the animal. He said a shark “chewed into his torso.” Although he is fully recovered, he still must fight fear when he swims.

Family and friends are calling the event another victory for Keane in his remarkable recovery.

The Webre-Hayes family has set up a GoFundMe to help cover the medical bills.

RELATED: Paddle out to celebrate survival and anniversary of teen attacked by shark to be held in Encinitas

RELATED: San Diego teen attacked by shark goes back into the ocean