The game must go on: After working from sun up to sun down the last few days. The Alto Yellowjackets put the chainsaws down and picked up their bats. 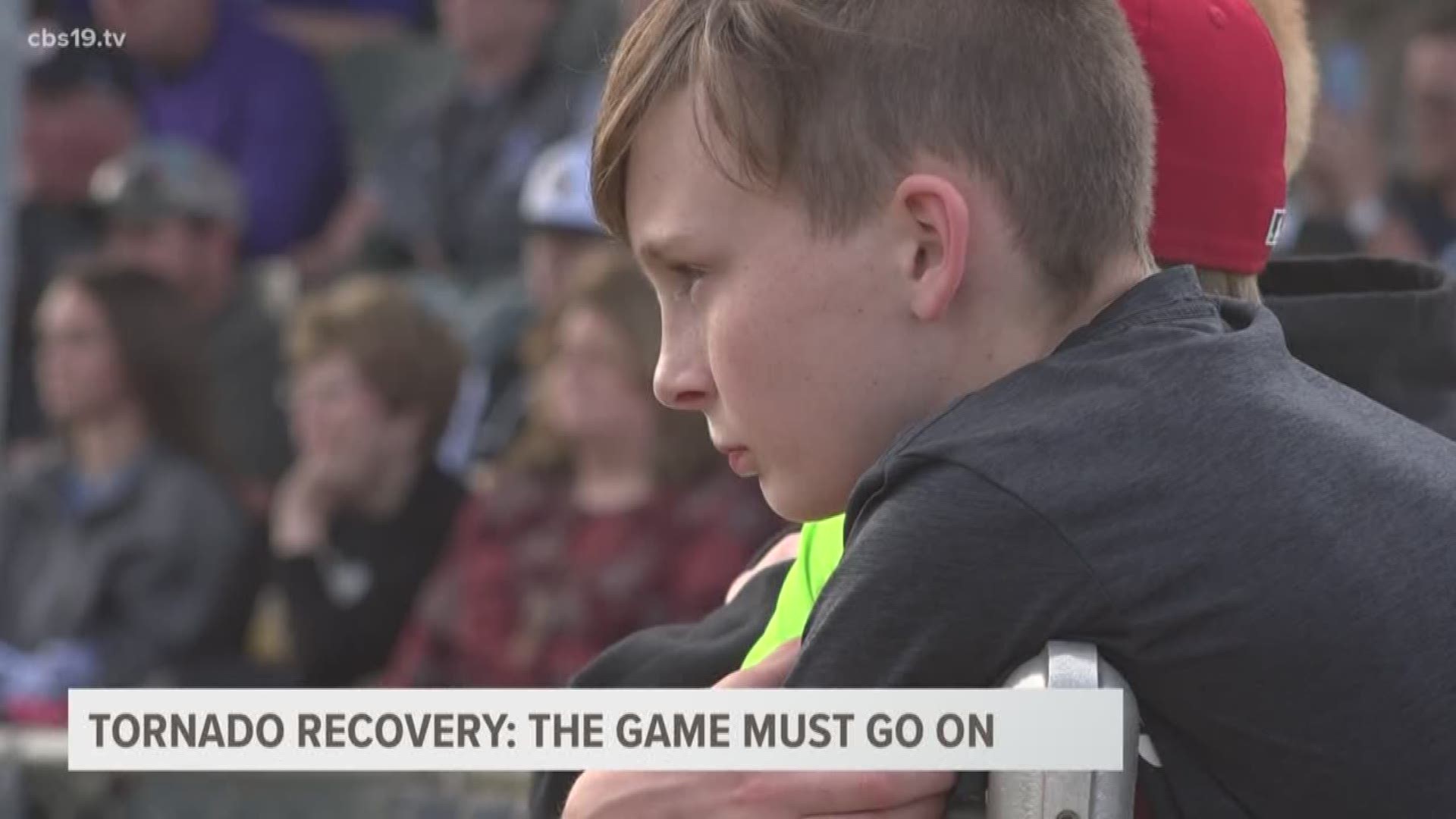 However, with all the damages Saturday's tornadoes caused, the Yellowjackets were left without a home field.

Coach Villani says after the damages they were expecting to play their last home game on the road.

However, miles up the road there were people willing to help.

"We reached out to them and asked them what they planned on doing with their last home game," SFA Baseball Coach Johnny Cardenas said.

Since the Yellowjackets field is ruined, Coach Cardenas offered the Lumberjacks Field to the team.

Alto senior Lane Jackson says even though they did not play at their home field, the way the Lumberjacks have treated them made him feel at home.

"It's going to give everybody in my community a chance to get out of their homes," Jackson said. "Get out of the destruction, and the sorrow that they've all went through and actually enjoy a couple hours of relaxation and fun."