This is still an active scene. 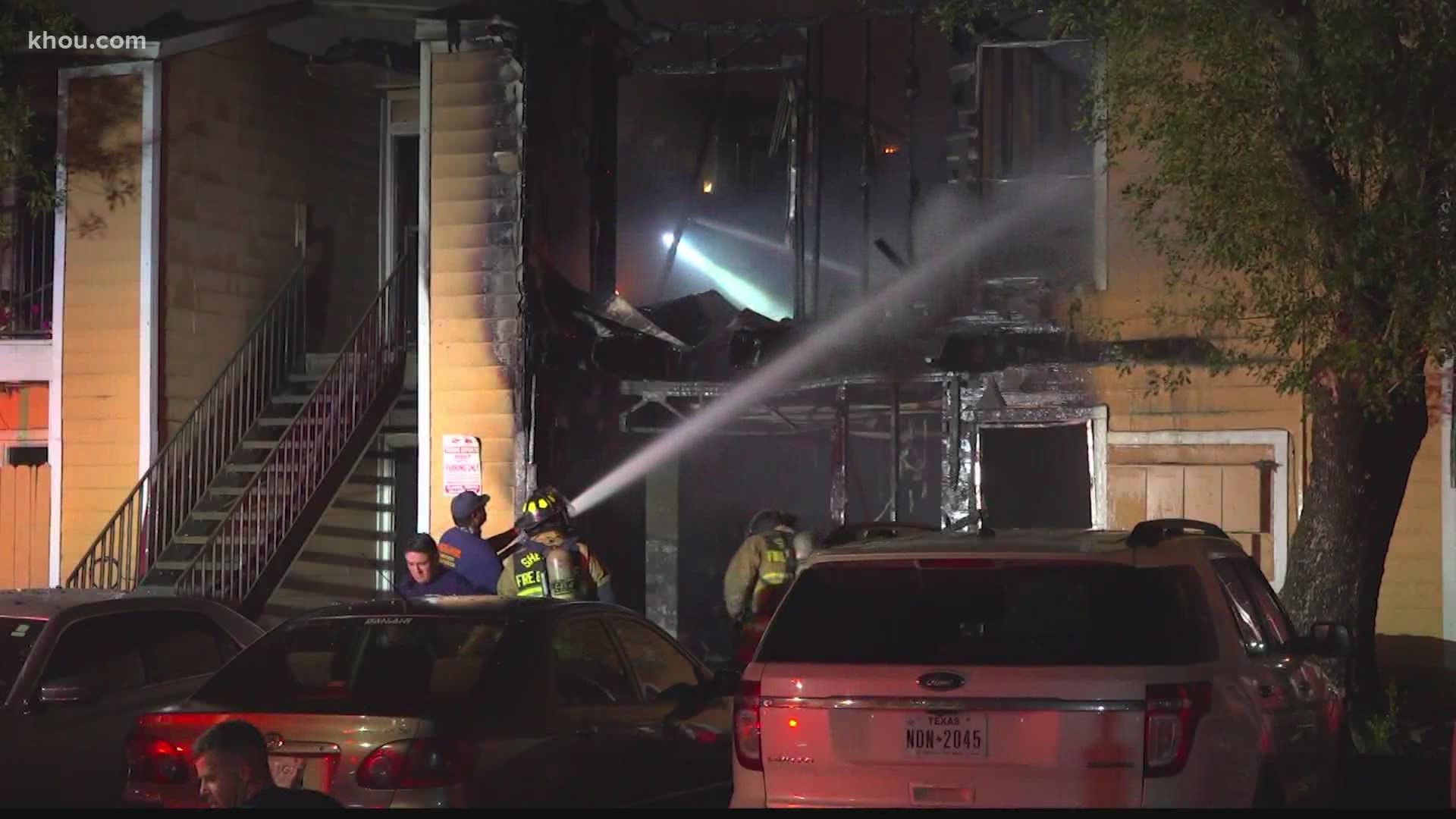 This happened in the Capewood Apartments located in the 4300 block of Aldine Mail Route.

The Aldine Fire Department said they were alerted to the fire shortly before 3:30 a.m.

When they arrived on scene there was a large fire at the south end of the apartment complex.

All residents were able to get out on their own. Two pets had to be rescued by firefighters.

One resident was seen being treated for smoke inhalation.

We spoke to that resident, David Haynes, who said he was in his apartment playing video games when he heard people yelling from outside. He opened his window and saw that his porch was on fire.

He said he only had time to grab his dog and leave.

Jessie Cruz, whose apartment was also damaged due to the fire, said his friend knocked on his bedroom door to alert him on the fire. Cruz said he and his son were fast asleep and didn't hear the smoke alarms going off.

Cruz said he and his 10-year-old son walked out of the apartment with only the clothes on their back.

Red Cross is on scene to assist the residents who have been displaced.

One firefighter was treated on scene for heat exhaustion.

The fire has been tapped out, but this is still an active scene.