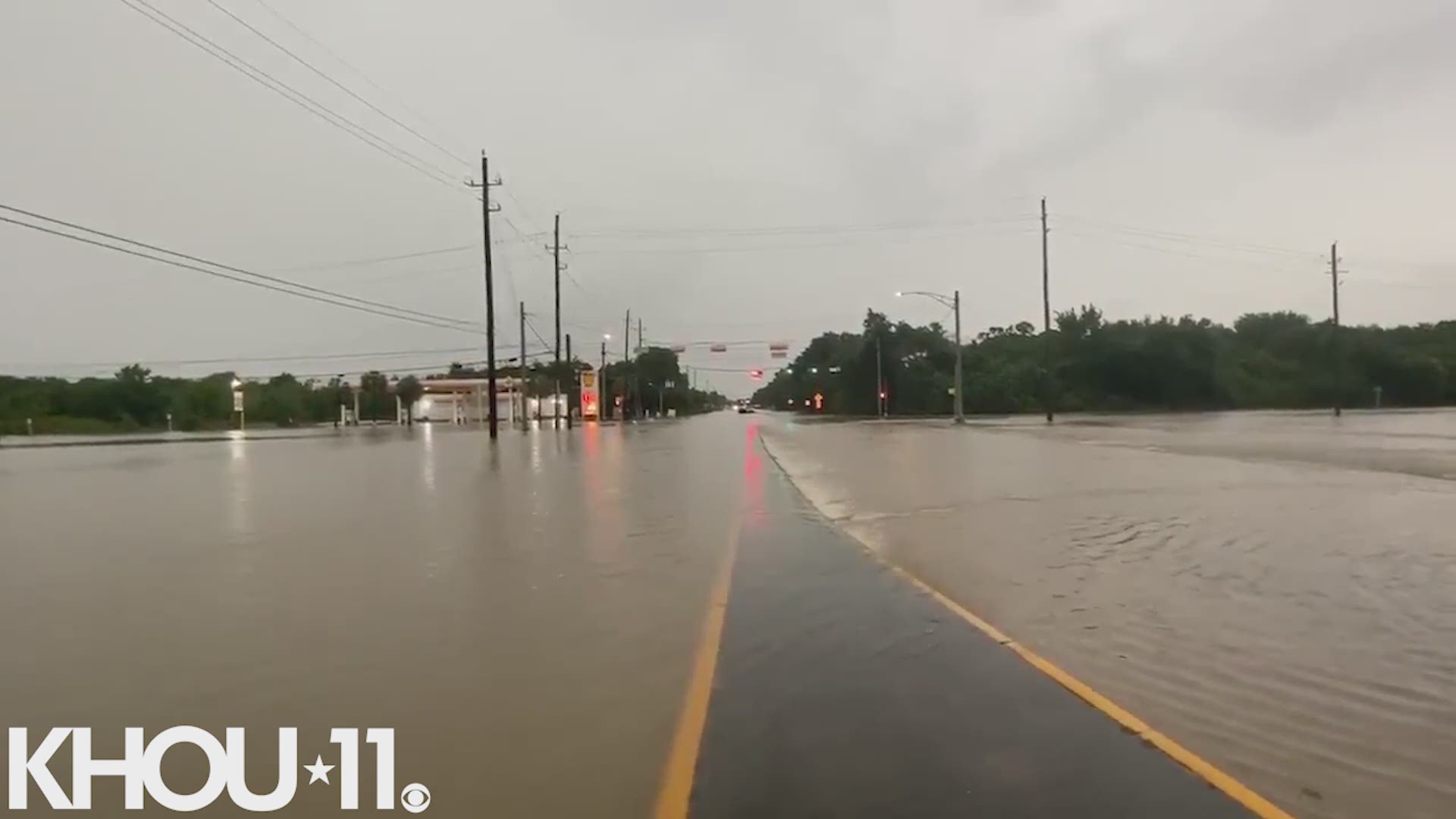 KHOU 11 Reporter Michelle Choi is near Katy where she spotted at least one vehicle stalled in water near Greenhouse and Saums Road.

A deputy on scene said at least three people who tried to travel on the flooded roadways are now stuck in their cars.

This is one of many areas that experienced severe flooding early Thursday morning.

At this time there are no reports of flooding in structures.

There is a Flash Flood Watch effect for a portion of Southeast Texas, including the following areas: Austin, Colorado, Fort Bend, Harris, Waller and Wharton until 10 a.m.