Self-driving cars being tested all across Houston

For now, they have people on board. But that won't always be the case. 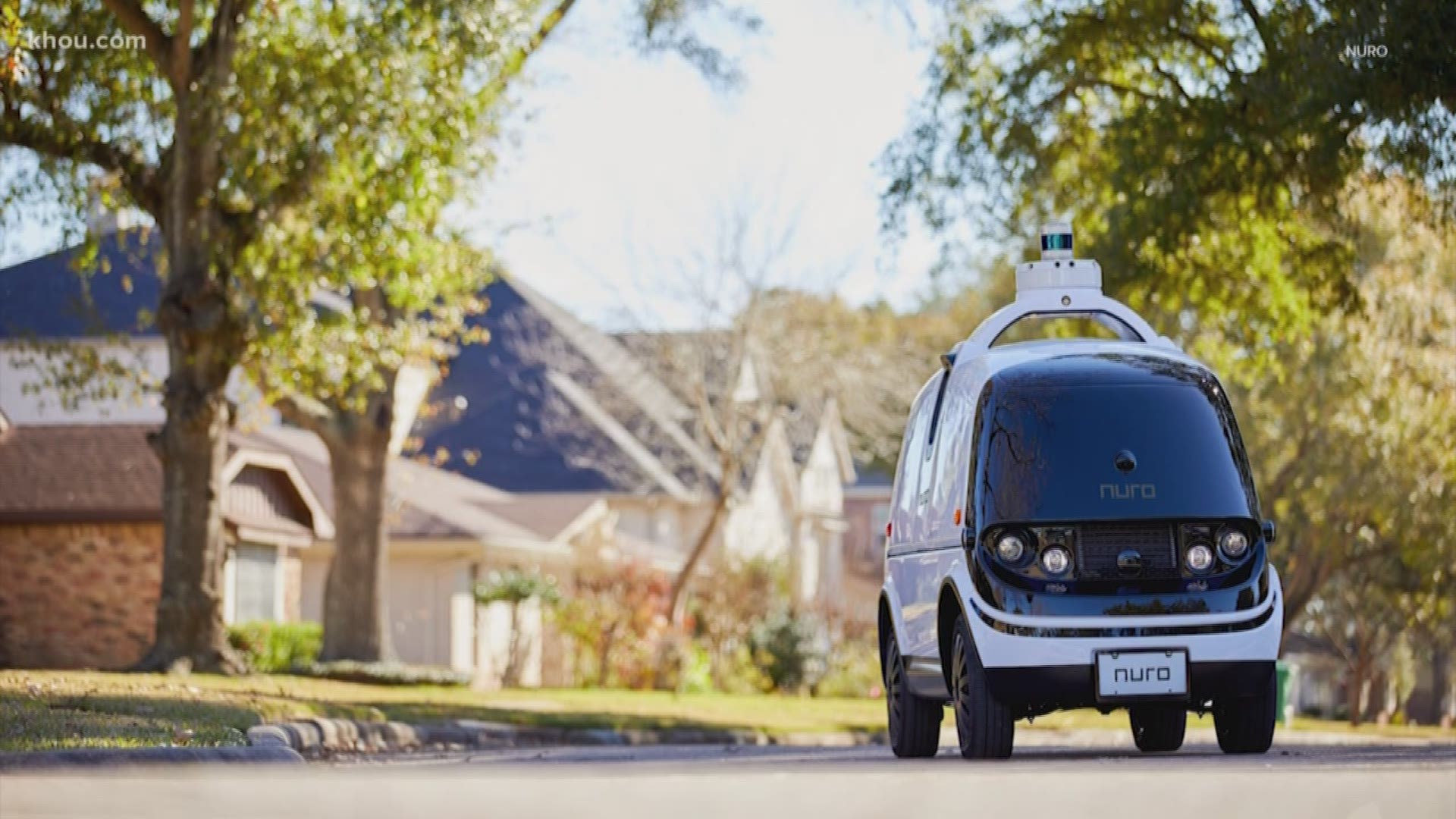 HOUSTON — Several self-driving cars are being tested right here in Houston. Kroger, Dominos and even METRO are testing the technology.

For now, the automated vehicles have a person on board.

Cars that can operate without a driver are rolling around West University and Texas Southern University. The shuttle, funded by METRO, maneuvers through traffic on a busy college campus.

We hopped onboard with Dr. Carol Lewis, the university’s transportation expert.

“Clearly, this technology is coming and its coming rapidly,” she said.

We wanted to educate our students in how it works, the research questions around this, so they will be more ready to join a workforce that has automated vehicles.

It’s being tested all over the state, carrying people, groceries and even cargo. The Department of Transportation says several AV companies are looking at long haul freight on I-45. And Texas A&M just got a $7 million federal grant to test the tech on rural roads, where high def maps and street signs are limited.

“Texas laws are one of the most liberal about autonomous vehicles,” said Dr. Lewis.

Dr. Lewis says it’s been that way since 2017 when Texas passed a law explicitly allowing autonomous vehicles to operate on Texas laws without a driver inside. So far, few if any companies are actually doing that.  Lewis says it could be years before fully-autonomous cars are available to the public.

“For most professionals, they think it will be at least the 2040s. One of the things we’re really concerned about is how to integrate automated vehicles with manually operated vehicles,” she said.

But history could be made in Houston very soon. Dominos plans to start fully driver-less pizza delivery in Houston in the next few months.

RELATED: Can't get to a UH dining hall? No problem! A robot will deliver food to you

RELATED: Self-driving semis will soon be sitting in Houston traffic with the rest of us