According to court documents, the teacher left Alief ISD after the allegations and went to work for Fort Bend ISD. 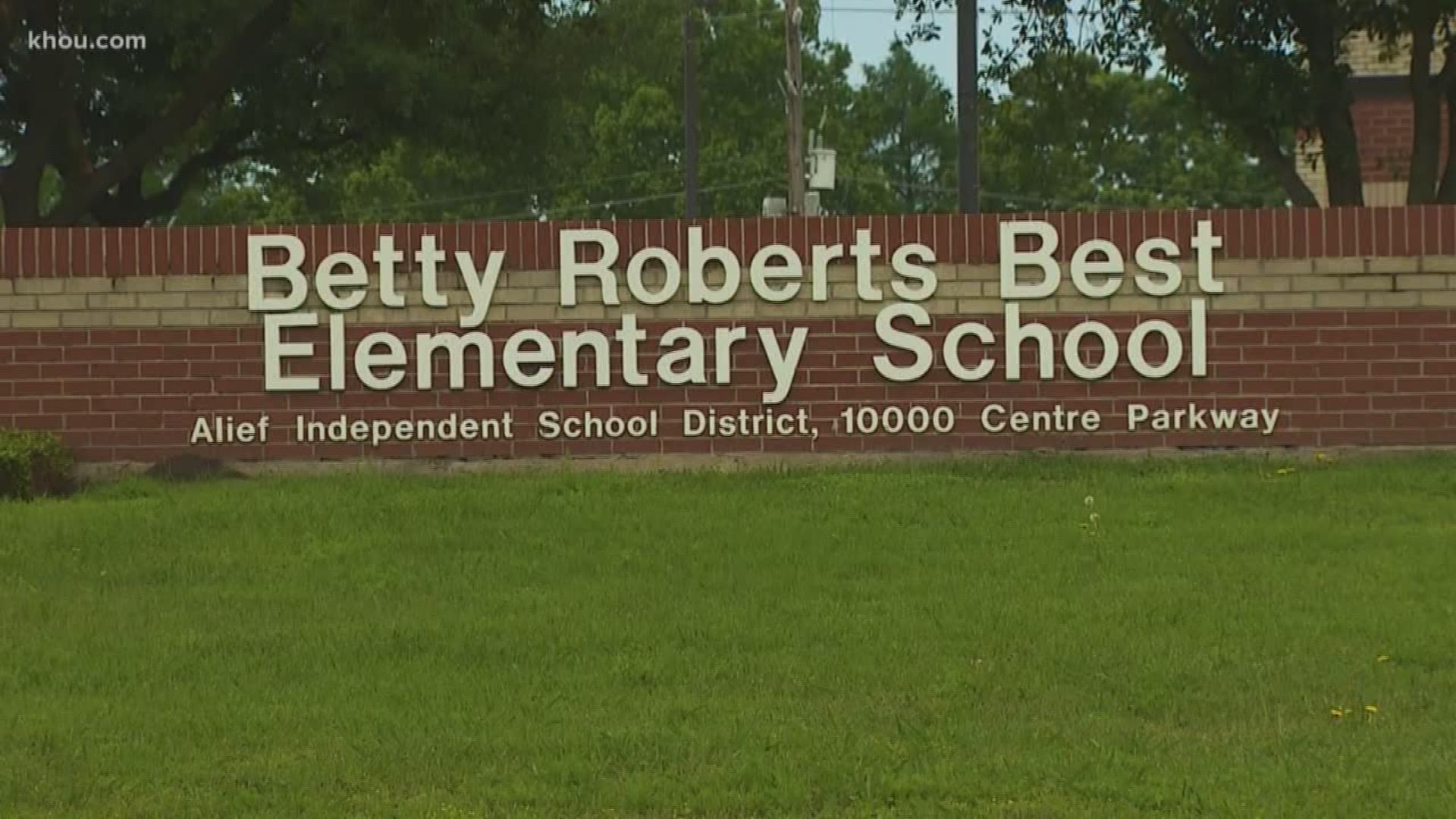 HOUSTON — A second grade teacher is accused of sexually abusing at least three of his students, according to court documents.

Jorge E. Castellon, 51, has been charged with improper relationship with a student.

Court documents say one of the victim's mother reported the abuse to Alief ISD Police.

She said she noticed her daughter had scratches on her arms and when she asked the girl why she was scratching herself, the child started crying and told her mother she was sexually abused by her teacher when she was in second grade.

The girl said Castellon would often have her sit on his lap and touch her inappropriately.

The incidents allegedly happened on November 2, 2015 and February 1, 2016 at Best Elementary School.

Two additional students at the school made the same allegations against Castellon in February 2016.

Those girls said they were abused during a summer school session in the 2013 - 2014 school year.

The two girls said Castellon would touch or rub their legs, massage their shoulders, rub his hands across their chests, and always wanted to hug them.

According to court documents, Alief ISD Human Resources conducted an investigation but found "insufficient evidence to go forward with those charges."

A fourth student was interviewed by police and said she remembers on two separate occasions while in second grade she saw Castellon inappropriately touch two students.

She said the first time, she had walked back into his classroom to get her lunch and she saw a female student sitting on top of a table and Castellon was touching the student's chest and private area.

She said a week later, she went back to the classroom to get something else she had forgotten and saw a different female student sitting on top of the same table in the classroom, crying.

She said she then saw Castellon go back into the classroom and fondle the student's private area.

Alief ISD said Castellon was interviewed after they received the allegations and he has denied any wrongdoing.

Records show, he resigned in 2016 and then went to work at Fort Bend ISD.

It's unclear what his position was at Fort Bend ISD. The district said Monday morning they learned of the allegations in December of 2018 and Castellon was fired in March of 2019.

The following is the full statement from Fort Bend ISD:

Fort Bend ISD has high expectations for all staff members, and will always take immediate action when we receive information about allegations concerning employees.

In December of 2018, FBISD learned of allegations that stemmed from a staff member’s employment in a previous district.

In accordance with our protocols, the staff member was immediately removed from the campus where he worked, and was subsequently terminated effective March 2019.