Billboards, banners go up around Houston as the search for Erica Hernandez intensifies

The mother of three has been missing for two weeks. 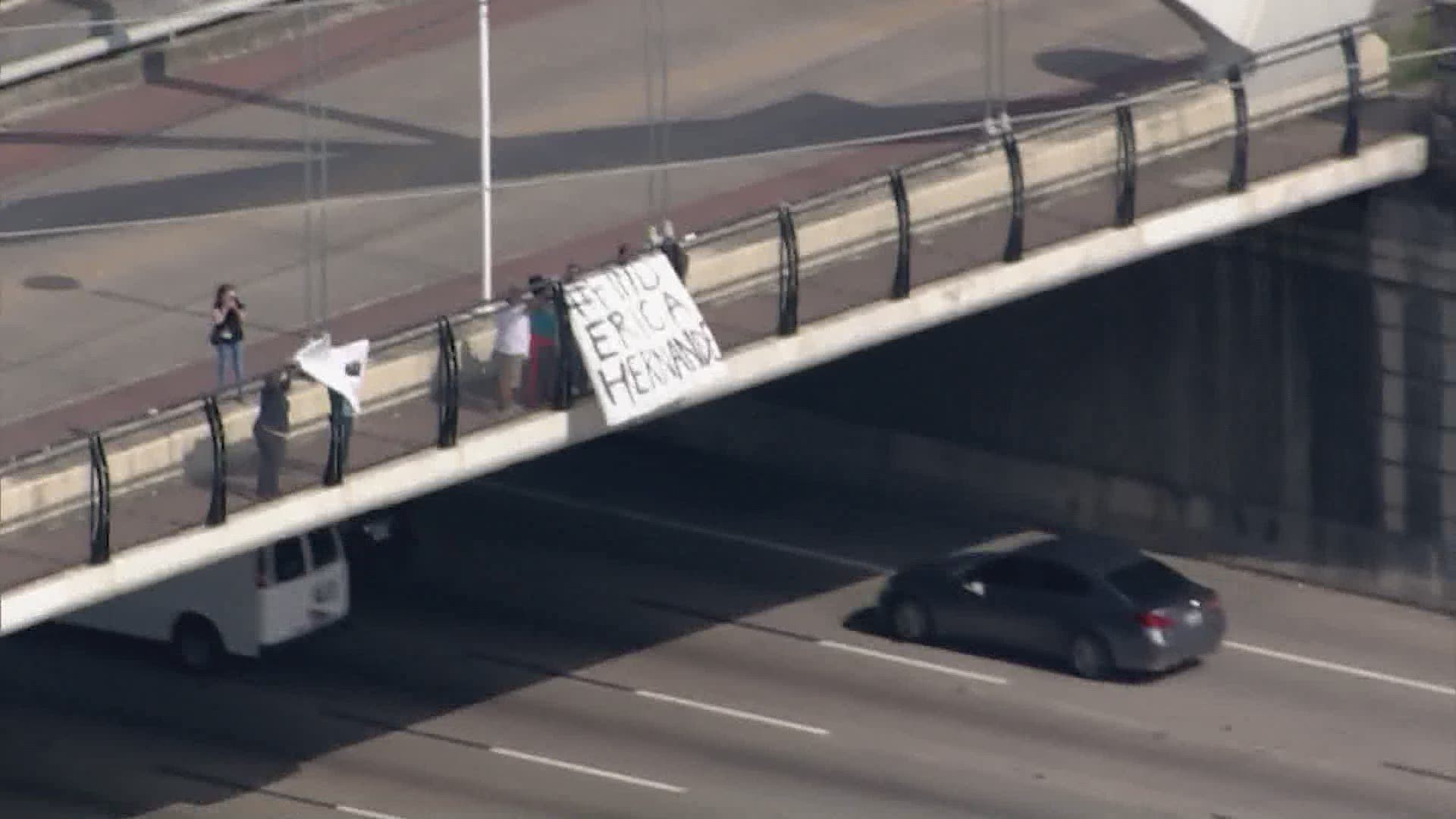 HOUSTON — Electronic billboards and banners are going up around Houston as the search for a missing mother of three continues.

Erica Hernandez has been missing for longer than two weeks now.

On Monday afternoon, search crews hung a banner over Highway 59 from the Dunlavy Bridge that shows pictures of Hernandez. The people actively searching for her are hoping someone may have recently spotted her and can lead them to her whereabouts.

Credit: KHOU
Search crews hang up banners for Erica Hernandez. The missing mother of three has been missing for two weeks.

Hernandez was last seen in Southwest Houston on April 18 when she was leaving her brother's home.

Investigators said they first started the search for Hernandez in Fort Bend County after receiving a tip, but that search returned no results. Police and several volunteers searched near Hernandez's neighborhood for clues but nothing was found there, either.

Texas EquuSearch volunteers joined the search for Hernandez just a few days after she was reported missing. Texas EquuSearch said they’ve even searched in wooded areas, along creeks and banks.

Also searching for Hernandez is the FBI.

Last week, Rep. Shelia Jackson Lee announced the FBI was joining in the search for the missing mom so more ground could be covered.

"We’re looking for Erica Hernandez and not letting up," Lee said.

Her SUV is described as a black 2020 GMC Acadia with TX license plate MKJ3303. Police said she has an Aggie sticker on the back of her SUV.

Hernandez's family is offering a $1,000 reward for any information that will lead them to her whereabouts.