A Coast Guard boat crew recovered one fisherman but he didn’t survive. Two are still missing. 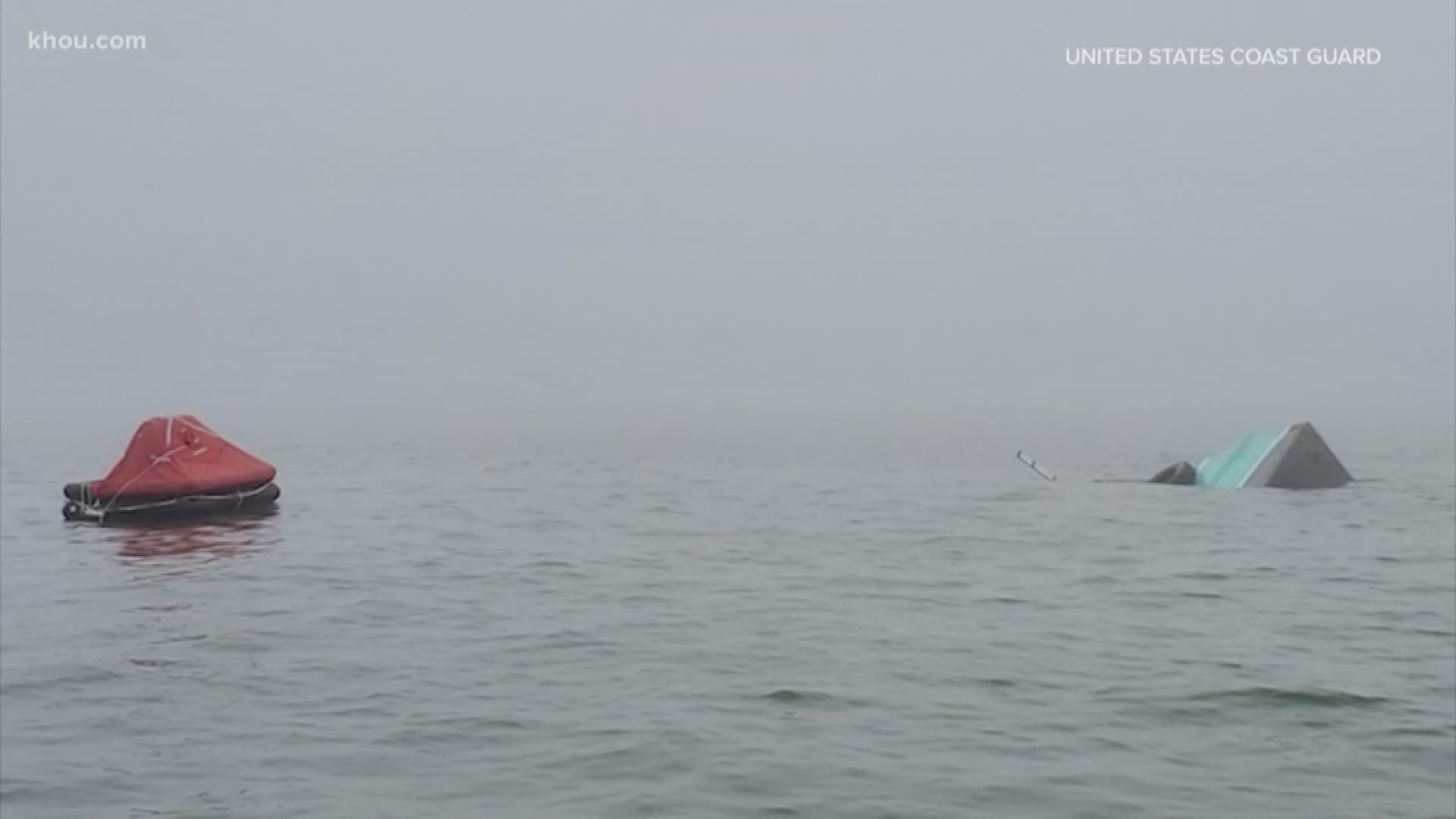 The 81-foot fishing vessel Pappy's Pride capsized with four people on board after the crash with the 600-foot tanker. It happened near the Galveston jetties.

Crews searched more than 49 square miles over the past three days.

A Coast Guard boat crew recovered one fisherman and performed CPR, but he didn’t survive.

"Despite the lifesaving efforts of our crew, the gentleman was later pronounced deceased by the medical examiner's office," said Cmdr. Jordan Baldueza, Sector Houston-Galveston search and rescue mission coordinator. "Our heartfelt condolences go out to the family and friends of all those affected by this tragic event. Our search and rescue efforts remain our top priority at this time."

A Good Samaritan rescued another crewmember, who was taken to an area hospital.

The Coast Guard said diesel fuel spilled near the boat with a maximum potential of 14,000 gallons. The Oil Spill Liability Trust Fund is cleaning up any fuel that has entered the water and removed any threat of pollution from the vessel.

The cause of the collision is under investigation by the Coast Guard and the National Transportation Safety Board.