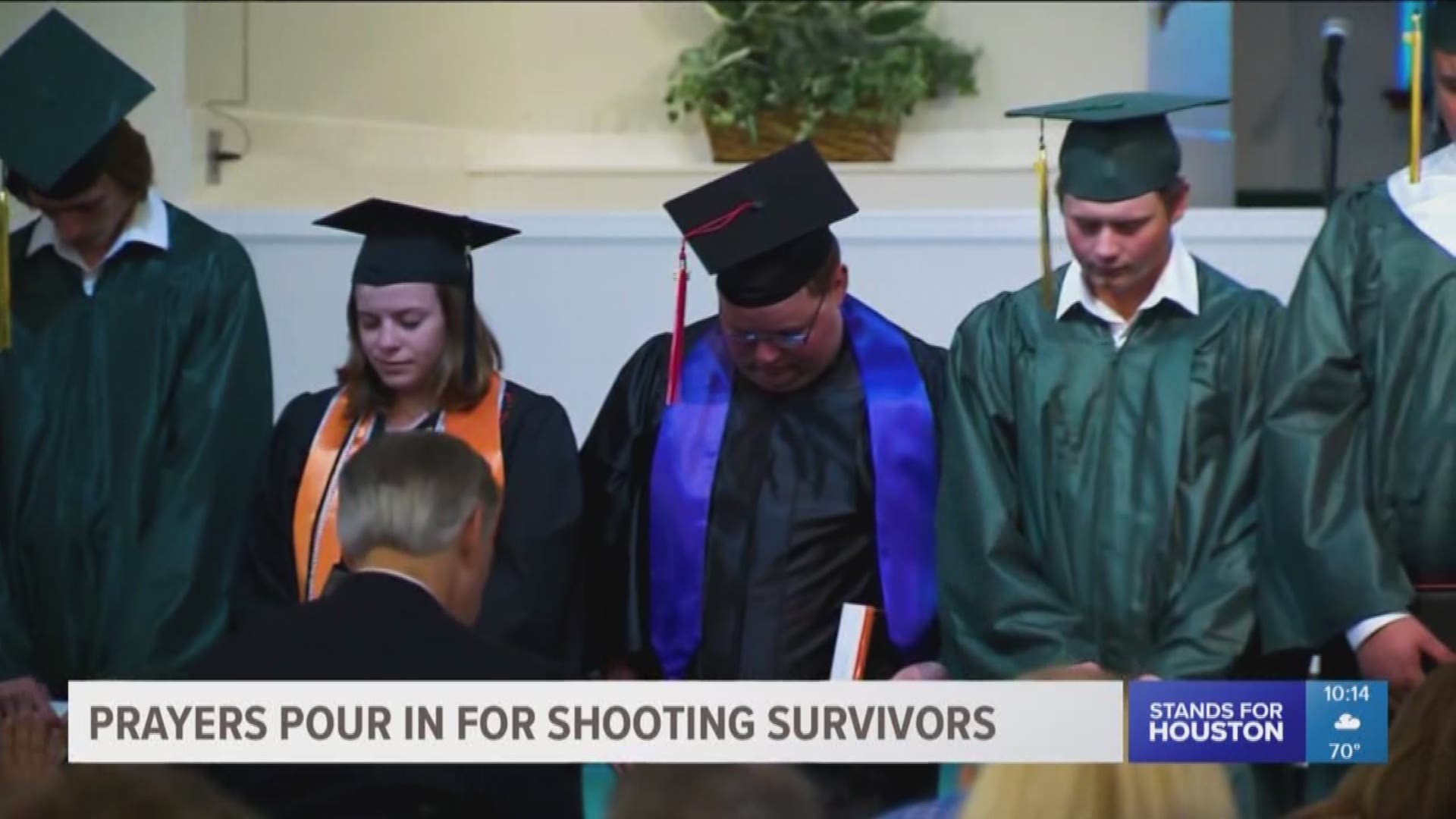 "How are you doing," asked Abbott of students who walked into the church. "You feeling okay?"

Some students told him they were doing or feeling better. Others said they're feeling worse, after learning more of their friends died in an ambush attack just before 7:30 a.m. Friday.

"It’s still hard to even think about it. I’m still speechless about it. It’s just hard" said Jonathan Folge as tears rolled down his face. "You know, I lost my best friend."

"And to sit right next to him and for him to not be there, it’s going to be hard," said Folge who is a freshman at Santa Fe High School.

"And I just found that out yesterday. He didn’t share it with me," said mother Sheila Folge. "And I was just so thankful that he wasn’t there."

"Honestly, just scary thinking that someone that you go to school with every day can just show up to school and do this," said Jacob McDonald who knows the suspected shooter. "I played football with him every day. At practice, I would go against him."

"It’s just hard to think that everyone who lost their life will not be able to get this opportunity," said McDonald who will go on to attend East Texas Baptist University.

"Just to think that someone that you wouldn’t suspect would do this, that means anyone can pretty much, anyone that you don’t suspect can also do something like this. It’s just a scary thing to think about."

Sunday, McDonald said all he could do is rely on his faith to see him through this tragedy. "I was praying that any family that was affected by this, that God will put his hand over their shoulders and just let them heal."