These landmarks are part of Houston's rich history, but they have been losing money ever since they were forced to close because of the ITC tank fire. 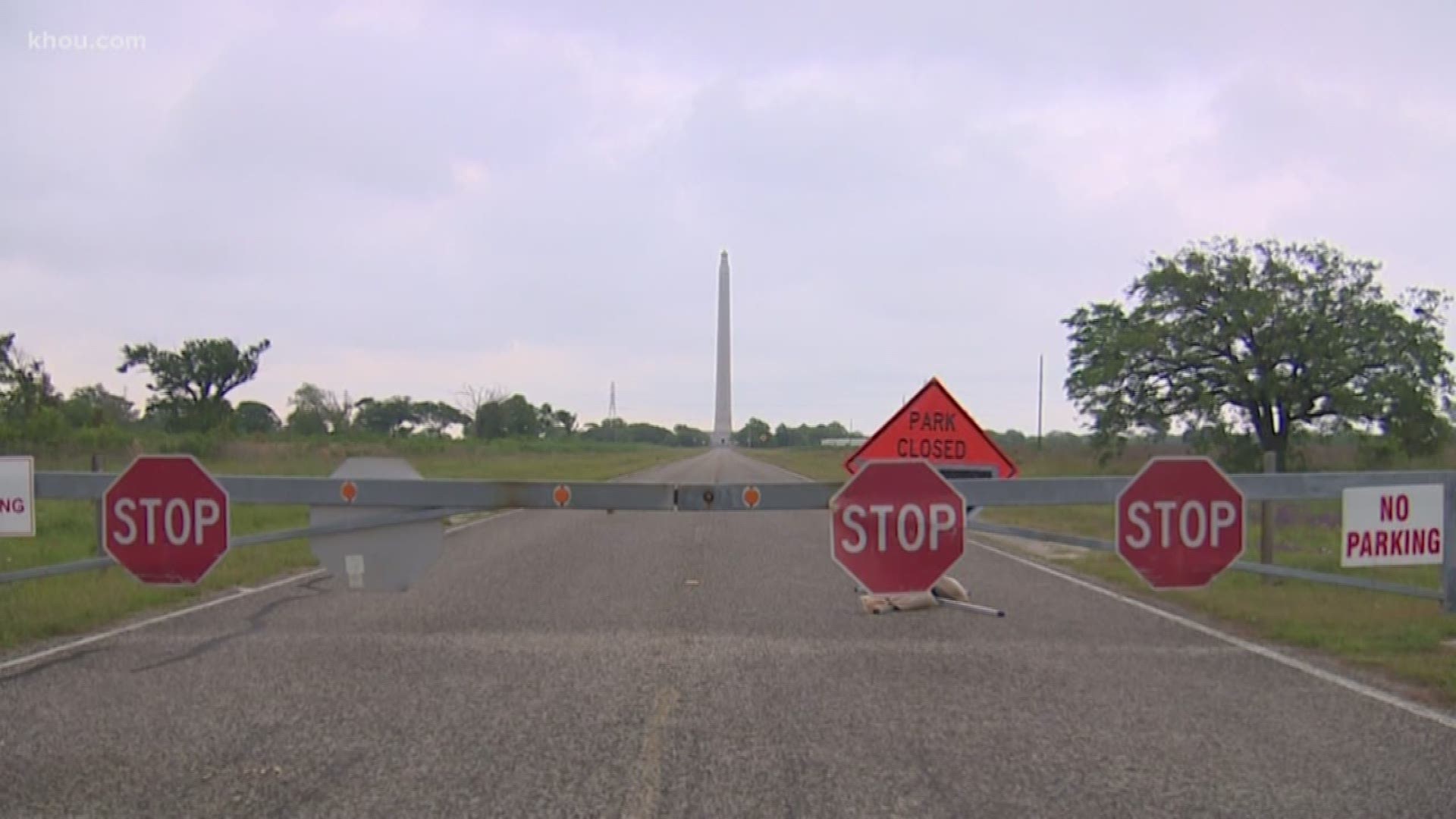 The president of the San Jacinto Monument Association said the museum could re-open as soon as next Wednesday.

“It’s been many, many years since there has been a time as critical as this,” Larry Spasic said.

Museum managers lost six weeks of tours during Spring Break, the site’s busiest season.They're also missing $200,000 worth of donations, which represents a third of the non-profit association’s annual operating budget, to closure.

“It’s gone and so we’re hoping, I think with an article of faith we’re going to open and Texas Texans and honorary Texans from all 50 states, the District of Columbia and about 65 foreign nations each year will help us get back on our feet,” Spasic said.

Pollution still worries authorities. Contaminated soil nearby has been fenced off.

Members of the Texas Parks and Wildlife Department are still assessing damage around the museum.

However, water pumps need repairs. Management expects them done in the next two days.

They are still scrambling to raise money to pay bills and get the museum back open.

“It’s been about a month and a half without even a few hours rest other than sleep,” Spasic said.

He wants to see the monument open to employees Saturday and open to the public by May 8th.

Admission always has been free and there are no plans to change that, Spasic said.