The identity of the victims and how they died is not known at this time. 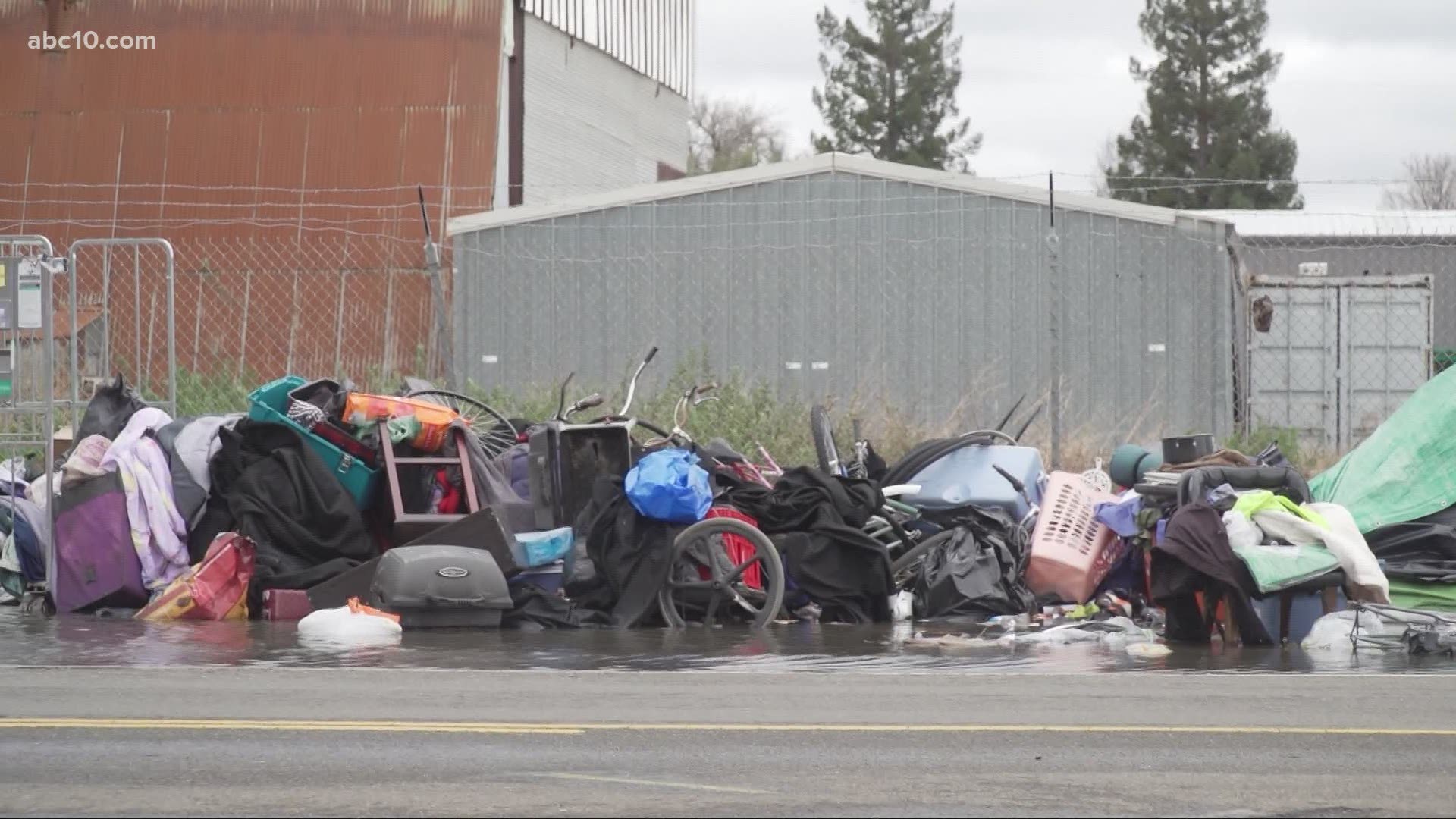 SACRAMENTO, Calif. -- The City of Sacramento has declared an extreme weather emergency to authorize warming shelters immediately, in an effort to get more people indoors as a major winter storm moves through the area.

The city council voted unanimously in an emergency meeting Wednesday afternoon to immediately open the Tsakopoulos Library Galleria at 9th and I streets as a warming center.

They also said they would open the Southside Park poolhouse as needed and open two downtown city garages with bathrooms as safe places for people living in their cars to park.

However, many of the folks ABC10 spoke with living on the streets say this comes one day too late.

"To me, it looks like they got hit by a tornado," Joe Smith, the Advocacy Director for Loaves and Fishes said.

"This is awful, this whole street is flooded from here all the way to the end. All of those tents are flooded. There's a tree down in the middle of the road up there. Tents are busted and collapsed, everything is everywhere," Smith said.

Tent after tent was devastated by the storm.

"These are our brothers and sisters and they're living through a natural disaster right now, as evident by all of the flooding. Everything they own is trashed," he said.

Roosevelt Brannon has been living on the streets of Sacramento for about 10 years now and lost his tent in the storm Tuesday night.

"I am 59 years old...this is one of the worst storms I've ever seen in my life, really," Brannon said. "I have a tarp still but a lot of my shoes are wet, a lot of my clothes are wet...family papers and stuff, miscellaneous items, are probably in another county by now, El Dorado County, who knows."

It's stories like Brannon's that have Steinberg fired up.

After two homeless residents died overnight according to city councilmembers, despite Steinberg's warning that this would happen, he pushed to open at least one warming shelter on Thursday night.

"I want warming shelters open every night during the winter, every night, not episodically, not based on some artificial criteria. Cold is cold, wind is wind, rain is rain. We've got to have places for people to come indoors every single night," he said.

The city's warming center officially opens on Thursday night at the Tsakopoulos Library Galleria on I Street at 8 p.m. and it will stay open until 8 a.m. in hopes of giving a little relief to the folks out here living in these conditions.

"Just confirmed that one unhoused person died last night in my district," said Valenzuela on Twitter. "I'm beyond grief-stricken... I'm angry. We can and MUST do better for our neighbors."

RELATED: 'People may die because of the exposure' | Sub-freezing temperatures a major concern for Sacramento's homeless

When ABC10 reporter Lena Howland asked Steinberg to confirm if a homeless person died outside during the storm, he replied saying "at least one."

Steinberg went on to call the death terrible.

“It’s a human being. That’s someone with a family who I don’t know what the cause of death was, but nobody should be out on the streets period," Steinberg said. "No one should be out on the streets -- certainly during the worst weather possible. I believe we should have these warming centers every day, every night, throughout the wintertime, and during the summer as well. We’ve got to bring people indoors.”

The identity of the person and how they died is not known at this time.

The Sacramento City Council held an emergency meeting at 3 p.m. to talk about the "unacceptable situation of people exposed to the elements," Steinberg announced on Twitter.

During that meeting, Steinberg said a second homeless person had died in the storm. So far, not details about the second death have been given.

At least one more warming center will open Wednesday night as Steinberg declares a local emergency. Steinberg explains that by declaring this local emergency, the city can offer shelter every night until winter is over.

Today at 3 pm we will hold an emergency meeting of the Sacramento City Council on the unacceptable situation of people exposed to the elements. We’ll open at least one warming center tonight and by declaring a local emergency we can offer shelter every night till winter’s end.

WATCH NEXT: Crews work to remove tree from top of car in Midtown Sacramento

Crews work to remove a tree from the top of a car parked off 21st Street in Sacramento.