WATCH: Driver runs away after rush-hour rollover crash along the Southwest Freeway

Shocked onlookers watched as the driver, who did not appear to be hurt, got out of the flipped car and ran away. 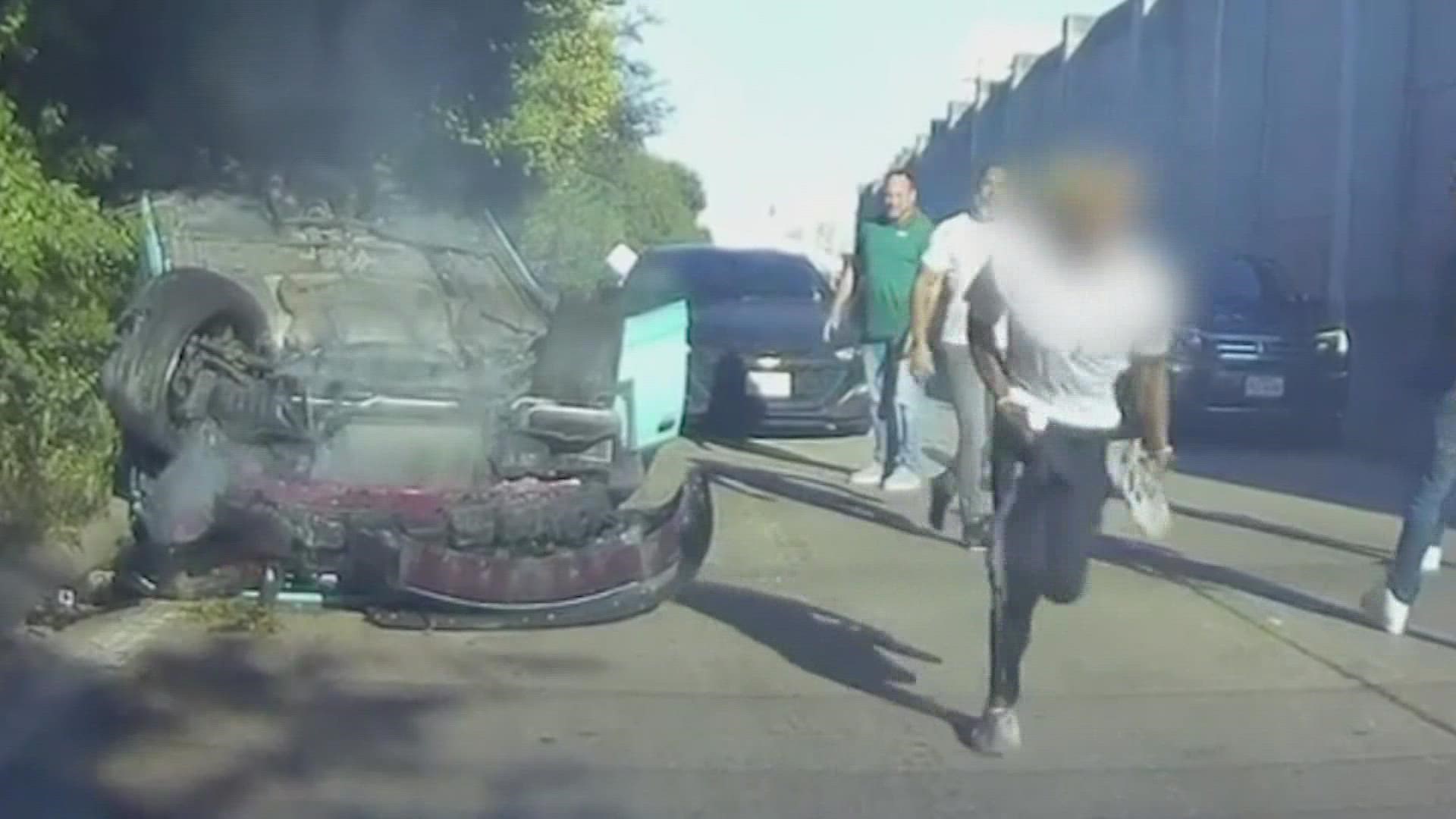 HOUSTON — A video posted to the Houston Reddit group shows a crash that you might not believe unless you see it for yourself.

It happened Friday just before 5:30 p.m. off I-69 the Southwest Freeway.

In one video angle of the incident, a car is seen going at a high rate of speed down the far-right lane of Highway 59 South toward the Greenbriar/Shepherd exit just before crashing.

University of Houston architecture student Robert Perla and a few of his friends were on the feeder road below the exit ramp. They had just left campus to get lunch.

In another video recorded from the back of Perla's car, the overturned Dodge Charger was seen upside down, sliding down the feeder road into the back of his car.

“I was pretty concerned,” Perla said. “I was like, ‘is the person OK? Are they alive?’”

Seconds later, drivers got out of their cars and rushed over to help the driver in the overturned vehicle.

In the video, he appeared to be OK. He got out of the wrecked car, took something from the car and then ran away.

“He seemed perfectly fine,” Perla said. “He just got out, grabbed his shoes and ran off.”

Mohammad Hindi is the tow truck operations manager with Elite Coalition Wrecker Service. His tow truck drivers were the ones who removed the wrecked vehicles from the crash site.

He said drivers often get hit when they least expect it.

“Regardless of what time of the day, whether you’re at a traffic light, you’re stopped or you’re going, we’ve seen this happen in several cases, even when drivers are at a red light,” Hindi said.

Houston police said nobody was hurt in the crash. They're still investigating who the driver was that ran away.