Rattlesnakes are not welcome in Lone Star Trails - that's if one group of men have anything to say about it. 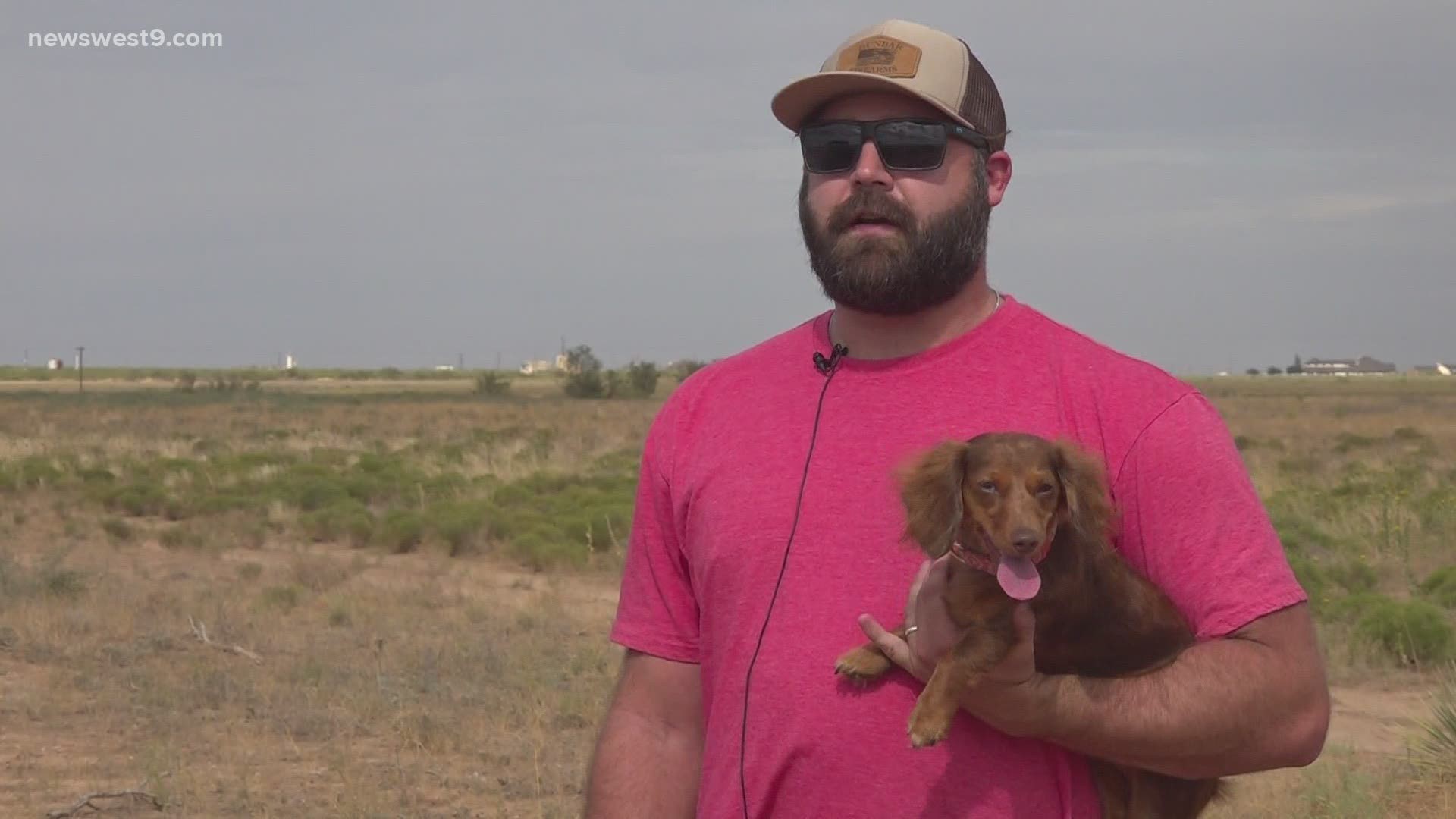 MIDLAND, Texas — Call them rattlesnake wranglers -- Kolten Crawford and Dustin Hoot load up in their mule carts, armed with shovels most nights answering the call of their neighbors who come across a rattling, unwelcome guest.

The pair live in Lone Star Trails and have killed dozens of rattlesnakes this summer. From backyards, to flowerbeds and driveways, the snakes are too close for comfort for the people who live in this north Midland neighborhood.

"They’re a pretty big problem. There have been lots of pets bit, including mine. That's why I keep this her here with us," Hoot said holding his dog. "She was bit. She’s okay now though and you know we just try to keep them from out of people's yards, under people's barbecue grills and off our walking trails. You know our families walk up and down the streets and stuff and the snakes are everywhere."

Most nights, Crawford and Hoot find a few rattlesnakes throughout the neighborhood and walking trails. They say they've found and killed as many as 20 in one night.

"Yeah we look for them too. It’s kind of a nightly deal. We ride around looking for them. It’s just normal in the August month that they're bad and then they kind of go away. We kill us as many of them as we can and just hold tight for next year so we hunt them again," Dustin said.

Over the years, it's turned into their nightly duty -- patrolling the streets of their subdivision to keep families and animals safe. In their time here, over 200 rattlesnakes have been killed.

Neighbors now take to their community Facebook group asking for help whenever a snake is spotted. For every rattlesnake post, Crawford and Hoot are always willing to get rid of the rattling problem for their neighbor.

They believe there are so many snakes in the area because of new home construction -- Lone Star Trails is a growing community, with new homes currently being built. Crawford believes the construction could be pushing the snakes out of their habitat and into people's front yards.

Crawford says people should be mindful of where they're walking. A majority of the snakes they find this time of year are young -- they don't have rattlers yet.  As a result, people may get close to a young rattlesnake without realizing it. He said that's especially dangerous because smaller or baby rattlesnakes can't control their venom when they bite.

"People need to be on high alert," he said.