Reed is scheduled to be executed on Nov. 20. 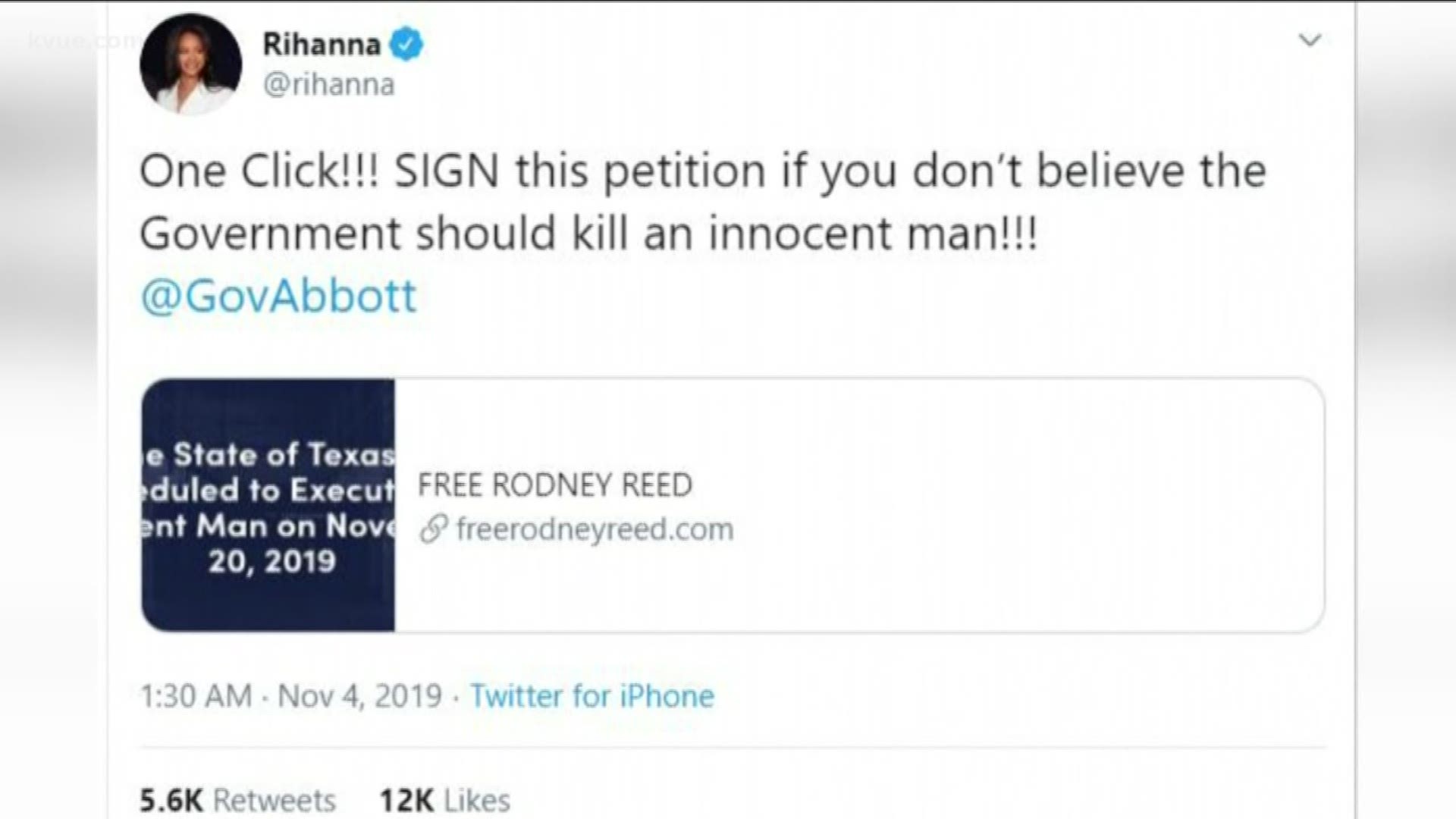 On Thursday, Beyoncé signed and shared a viral Change.org petition to prevent Rodney Reed’s execution on her website. She also shared a note urging the governor to step in.

"Please take a hard look at the substantial evidence in the Rodney Reed case that points to his innocence. Be honest. Be fair. Give him back his life," her website states.

On Sunday, rappers T.I. and Meek Mill tweeted a petition in support for Reed, specifically tagging Gov. Greg Abbott to put an end to his execution.

Reed was found guilty of murdering 19-year-old Stacey Stites in 1996, but his supporters and family are maintaining his innocence. His supporters claim key evidence in the investigation, such as the murder weapon, has never been tested for DNA.

"Sign this petition if you don't believe the government should kill an innocent man," Rihanna wrote.

Kim Kardashian-West, who has recently been outspoken on criminal justice, pleaded on Twitter last month for Gov. Abbott to stop Reed's planned execution, adding that she believes Reed is innocent.

In 2018, Kardashian-West pled for President Donald Trump to grant clemency for a woman serving a life sentence for drug offenses. President Trump granted that clemency to Alice Marie Johnson.

In 20 years, Austin’s population will be 4.5M. Here’s what Austin will look like