Robert Solis’ ex: Dhaliwal 'paid the ultimate price because the state of Texas dropped the ball’

We spoke with the mother of Robert Solis' children, who said she's relieved Solis is in custody, but grieving for the fallen deputy. 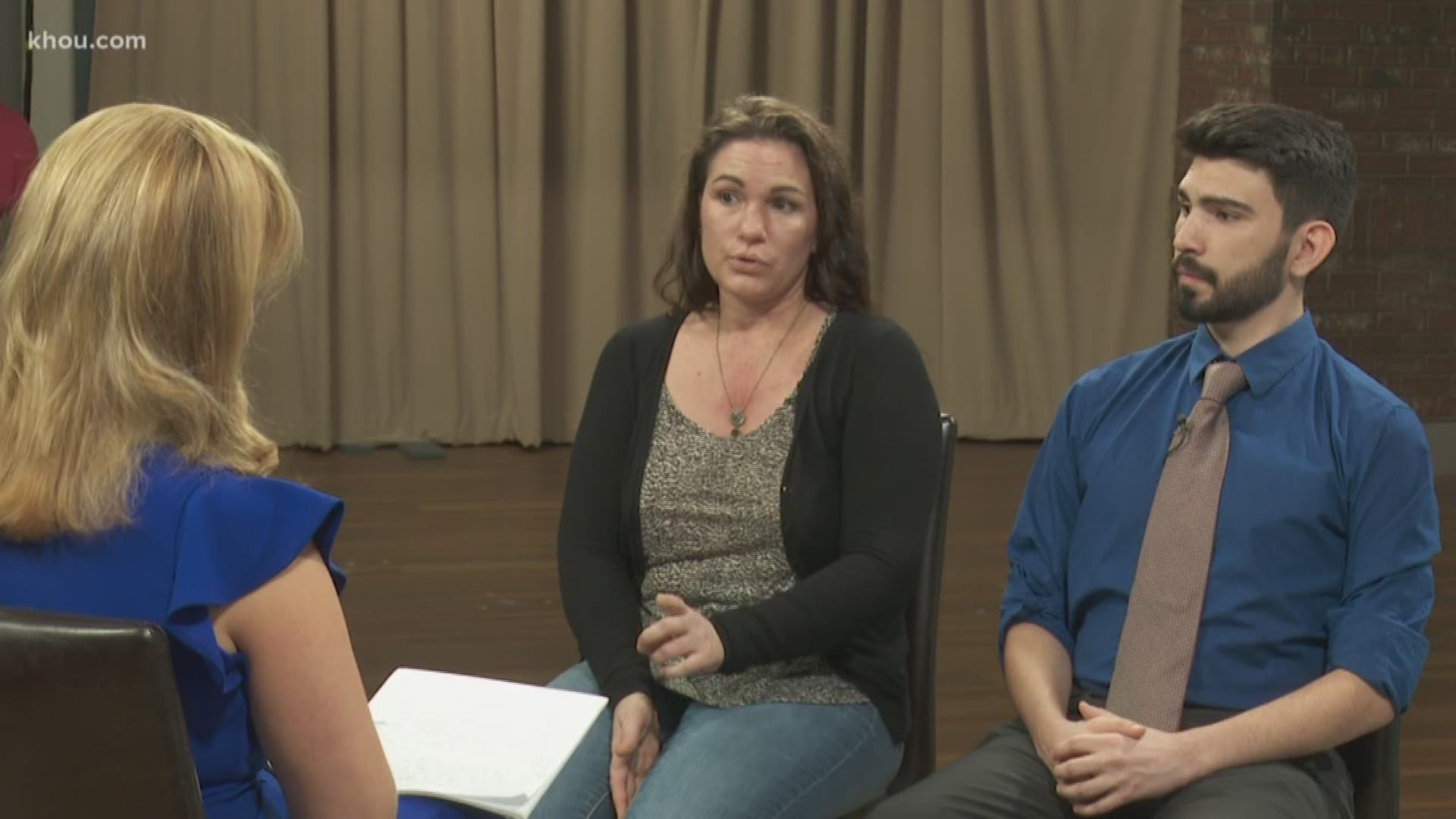 The last few days have been filled with a mix of emotions for Melissa and Robert Purtee – guilt, relief and anger.

Melissa’s ex, Robert Solis, is the man accused of shooting and killing Harris County Deputy Sandeep Dhaliwal. They had three children together, including Robert Purtee. With Solis’ capital murder arrest, Purtee is relieved he is behind bars, but grieving for Dhaliwal’s family.

The two said Solis terrorized their family for years and he should have been back in prison for violating his parole.

KHOU 11 Investigates first reached out to Melissa a year ago when it was investigating the 7,200 people who have skipped out on their parole. At the time, Robert Solis was on that list.

Melissa Purtee and Solis met when she was just 15. He was handsome and they had one good year together. Then the abuse started, Purtee said.

“When you’re 15 years old, you make decisions you don’t understand, how they’re going to affect your future,” she said.

Then, in 2002 Solis was arrested and sentenced to 20 years in prison for aggravated assault and kidnapping after he shot one man and held another of his and Melissa Purtee’s other sons hostage in a police standoff.

Melissa remembered watching TV and saw the breaking news back then, just like this time. Robert Purtee was just 7 at the time, but remembers that day clearly. His grandmother was waiting for them at the bus stop.

“For us kids, it was a sense of relief,” Robert Purtee said. “At this point in our life, he was our father, but he was an abusive father. Not just physically but mentally in multiple ways.”

But even behind bars, Melissa Purtee said Solis continued to contact her. She left the state with her sons to avoid him. But they returned to be with family later and one of her sons reconnected with Solis after he was released on parole in 2014. She feared for her son’s life, and then Solis was then arrested again in 2016 for a DWI.

Melissa Purtee said she felt relieved after the 2016 arrest. She thought “the nightmare was over” and he would go back to prison, but that didn’t happen.

The Texas Board of Pardons and Paroles confirmed Monday that it could have chosen to revoke Solis’ probation in 2016, but a parole panel “voted to allow Solis to serve the sentence imposed by the court for DWI, prior to continuing his parole supervision.” He was sentenced to 30 days in jail in the case.

In 2017, a “blue warrant” was issued for his arrest after another ex-girlfriend filed an affidavit alleging that he assaulted her and had a weapon. That warrant was still outstanding on Friday.

“There’s too many people like this falling through the cracks. And it’s time that the state of Texas did something to properly monitor and supervise,” Robert Purtee said.

Melissa Purtee said she had brief contact with Solis this summer when one of her sons reconnected with him. She said that’s how she learned his address and claimed she tried to pass the information along by calling his parole officer 10 times since July and as recently as last week.

Jeremy Desel, a spokesman for the Texas Department of Criminal Justice, which oversees parole officers, said they do not have a record of those calls, but they continue to investigate it. He noted, however, that parole officers do not have arresting power. He spoke hypothetically about what would happen if someone were to call about a missing parolee.

It’s unknown whether that happened in this case.

RELATED: 'I heard a gunshot, and I ran over' | Woman who tried to save Deputy Dhaliwal says she kept hoping

RELATED: Texans honor Deputy Dhaliwal with moment of silence prior to kickoff