The theatre and Weingarten Realty couldn't come to an agreement, and the Houston landmark is slated to close next week. 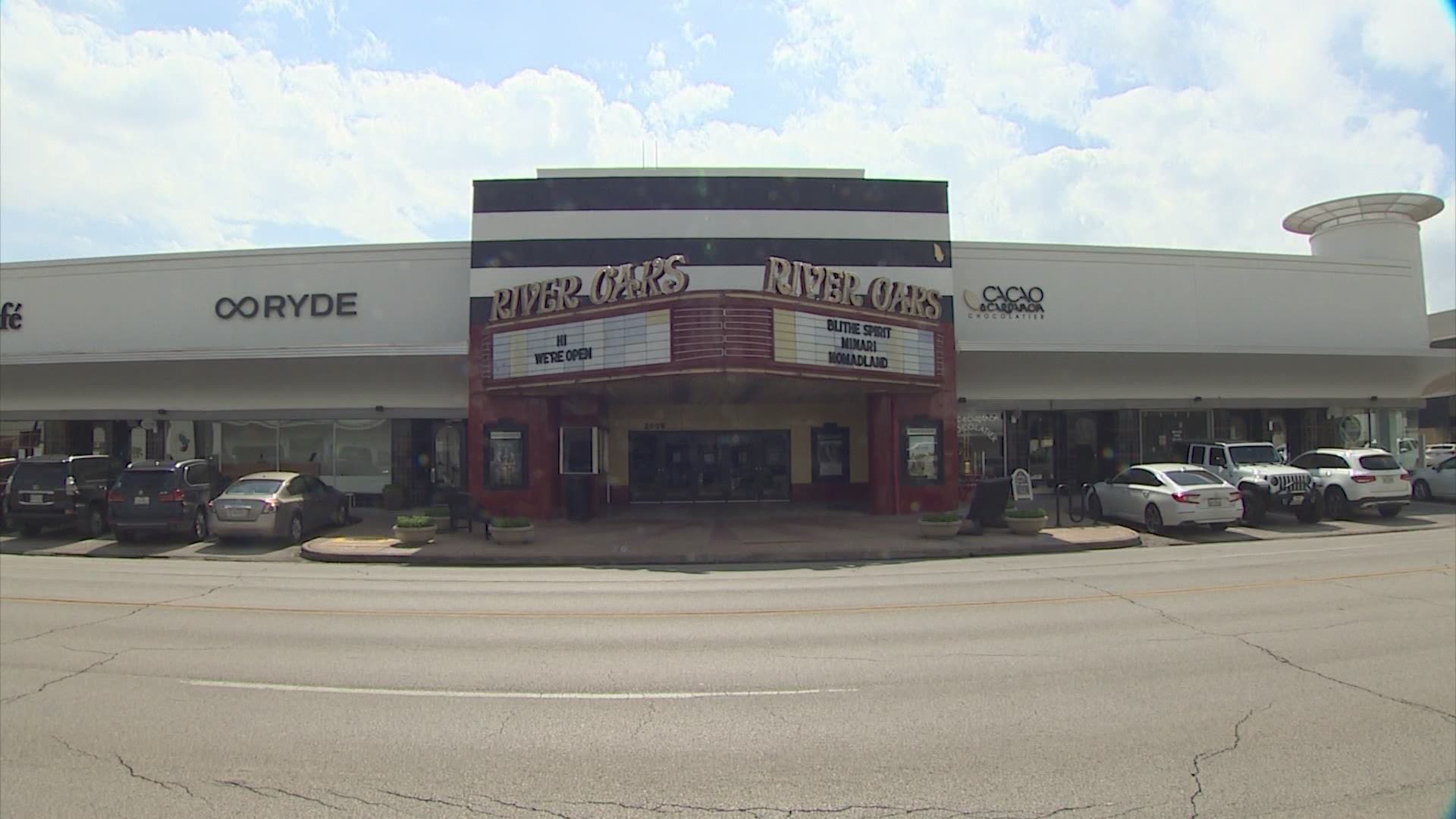 HOUSTON — It looks like it’ll be curtains for the River Oaks Theatre, after a deal couldn’t be reached with Weingarten Realty to keep the theatre open.

Landmark Theatres, the parent company of the River Oaks Theatre, released a statement Friday, saying they would close next week. They say the two sides weren’t able to reach a deal and the longtime Houston landmark will have toshut down.

Weingarten Realty confirmed that the two sides couldn’t reach a deal, saying they had offered to forgive much of the past due rent and set up a payment plan going forward. They also say there are no plans to redevelop the space.

The lease expires at the end of March.

Below are statements from both Landmark Theatres and Weingarten Realty.

“We were hoping to be able to find a resolution with Charles Cohen, the current owner of Landmark theatres who bought the business from Mark Cuban. Weingarten Realty presented a generous offer waiving much of the 12-month past due rent and providing a 24-month payment plan for the balance. We also proposed to allow Landmark to pay half rent for the next six months to get the theater through the worst of the pandemic. Unfortunately, Landmark was unable to see a path to profitability in order to renew the lease. Therefore, they have decided to close at the end of their lease term.

We are grateful for Landmark’s long tenure at River Oaks Shopping Center and we appreciate the strong ties so many Houstonians have to the theater. Contrary to reports, there are no plans to redevelop the theater at this time. We look forward to finding the next great operator for the theater space.”

“After lengthy negations Landmark Theatre and Weingarten were not able to reach an agreement. Therefore, Landmark Theatre has no choice but to close its doors effective next week. No definitive date has been set. Landmark Theatres would like to thank the HOUSTON community for their years of support.”

On the marquee today. Please spread the word. pic.twitter.com/rcFmP5F9WQ