The comedian posted about the shooting on his social media accounts. 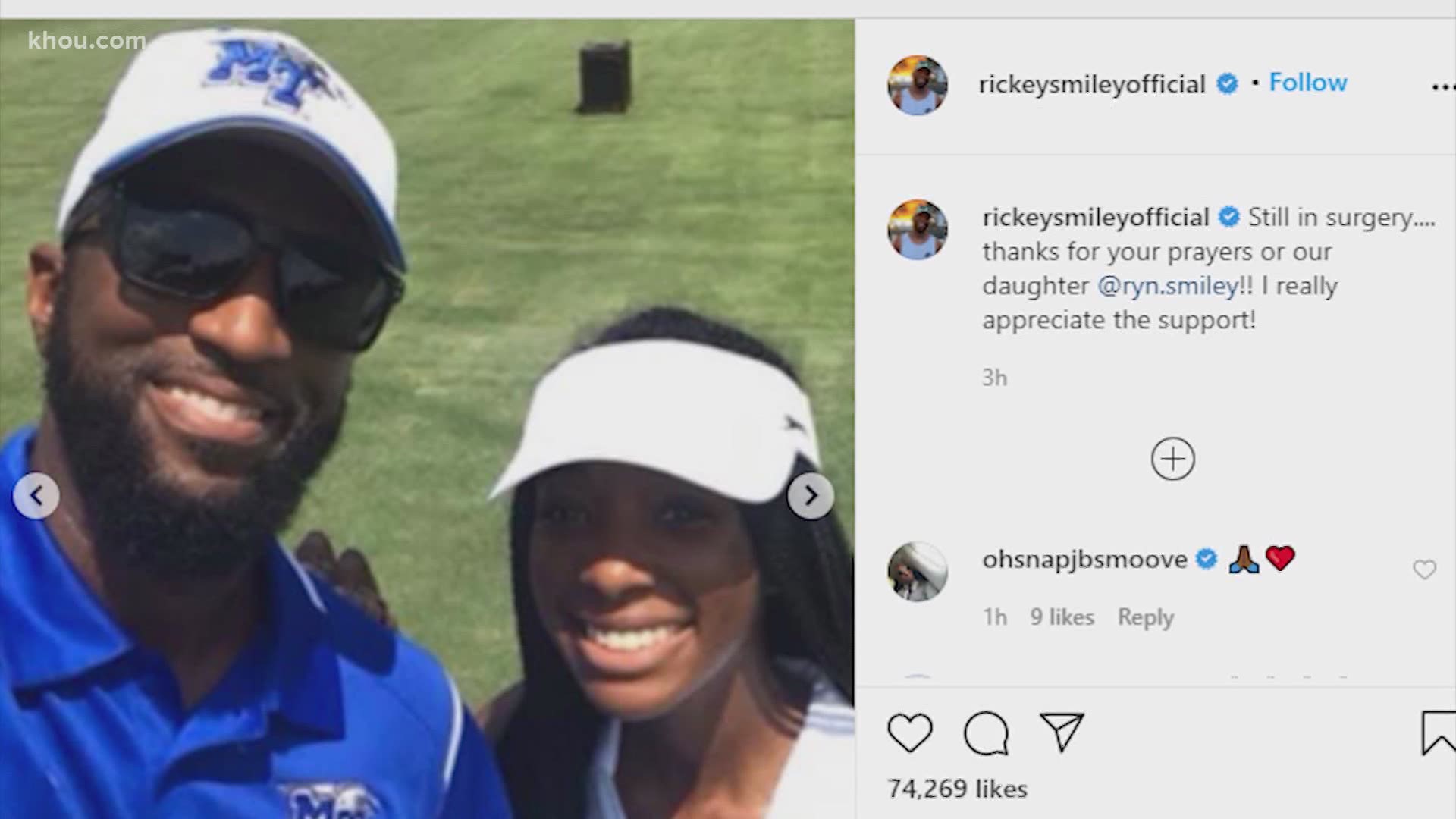 HOUSTON — Comedian Rickey Smiley said his youngest daughter was shot while getting food at a Houston Whataburger. He posted to social media on Monday afternoon that his daughter, Aaryn, was out of surgery and doing well. He also posted that he's on his way to Houston.

"I got these real sick deep butterflies in my stomach," Smiley said in the Instagram video. “I can’t think straight, nerves bad, butterflies in my stomach. My daughter's in surgery. I can't even get to her. So if I feel the way I feel, just imagine someone who's got to go to the cemetery, imagine how they feel. I'm grateful, I’m more than grateful that my daughter's alive.”

The shooting happened near the South Freeway and police said it may have been the result of road rage. Police say they have not identified or arrested any suspects.

Smiley said his daughter was on her way to Whataburger to grab some food when she got caught in the crossfire of what police say may have been a road rage shooting. He said the 19-year-old was stopped at a stoplight when she was shot three times by someone in a vehicle passing by. Police said three other people inside a car next to her were also hit.

Police said they believe drivers in two vehicles were involved in a road rage incident near Holcombe late Sunday night after 10 p.m. Multiple shots were fired in the incident.

A disabled vehicle was left at the scene along the freeway, and at the hospital, the victims’ vehicle could be seen with bullet holes in the glass and a front door.

Police said they received multiple 911 calls about the incident, and at least one witness stopped to talk with investigators. Police have not released a detailed description of the shooter.

While Smiley's daughter is out of surgery, at this point, we don't have information about the other victims. Police did say they didn't believe any of the injuries were life-threatening.

Smiley's daughter sent us photos from the hospital. She said bullets went through her legs and says she's dealing with the most terrifying thing she’s ever been through. Smiley said he's relieved his daughter will be OK but says no teenager or family should ever have to go through this.

“I want you to see that it's raw, and it’s real. I want you to see what parents have to deal with when their children of gun violence. The raw feeling, the s*** you have to go through," Smiley said.