The statue of the Confederate soldier was one of two removed from city parks this week. 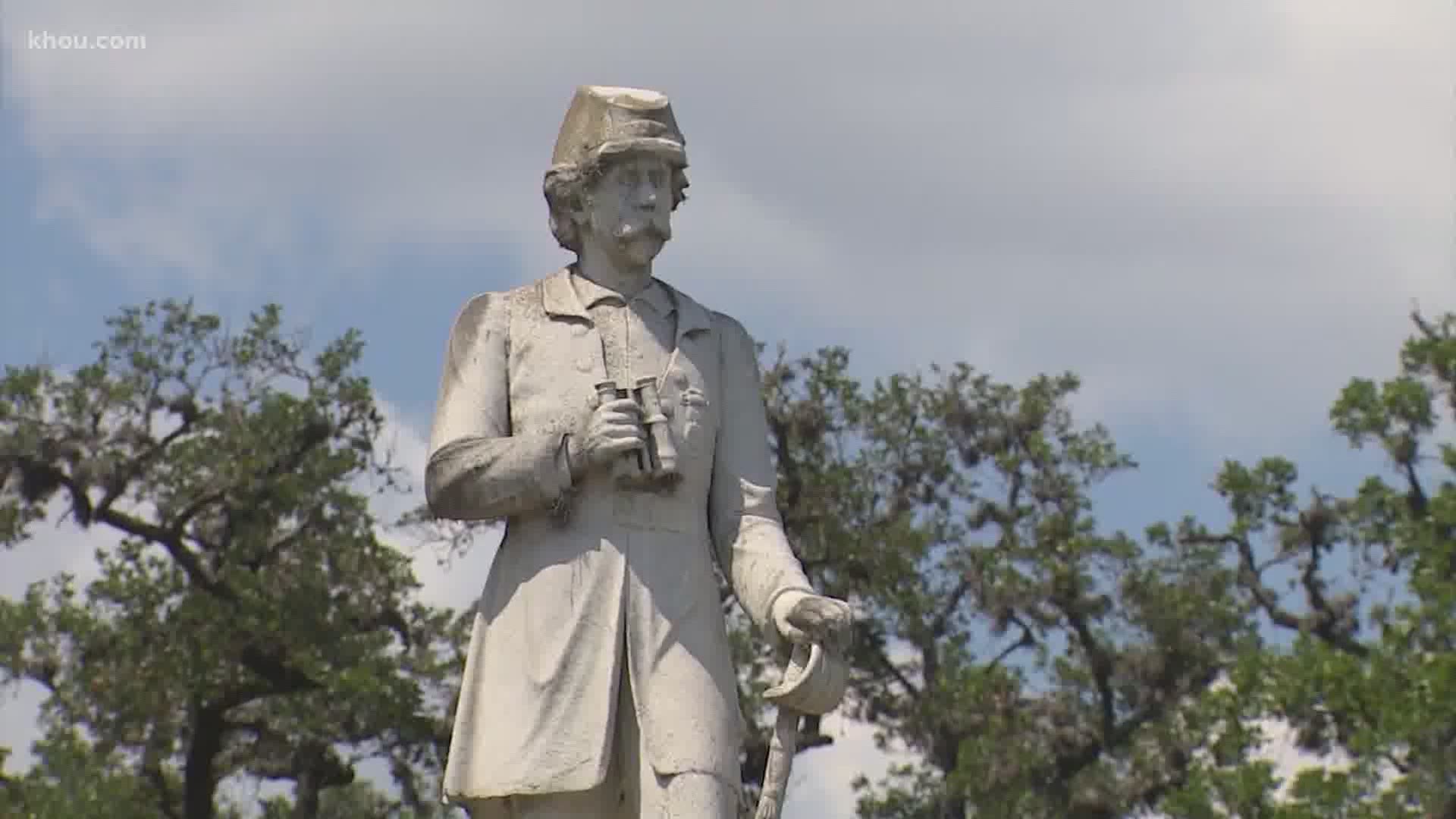 HOUSTON — Confederate soldier Richard “Dick” Dowling kept watch over Houston's Medical Center traffic from a median near the entrance of Hermann Park for more than 60 years.

The statue lived through 115 years of public display in Houston.

The marble soldier survived a cross-city relocation in 1958 from downtown near city hall where it had stood since 1905.

It barely escaped destruction three years ago when a college student was caught moments before he tried to blow it up.

At approximately 7:15 p.m. Wednesday night, the confederate soldier was strapped up and lowered to the ground.

"He was put in downtown Houston to send a message by the Daughters and Sons of the Confederacy who put up a lot of statues during the same time period,” said Mister McKinney with McKinney’s Historic Houston.

Many historians now say the statues’ construction had more to do with intimidating Black Americans than honoring the Confederacy.

Where Dowling will move next has proven to be a complicated issue.

That's where Dowling led a victory against Union troops during the Civil War.

But when the mayor of Port Arthur found out about the plan, he vehemently disagreed with the idea.

"(We) respectfully renounce the relocating of the Dowling statue,” said Port Arthur Mayor Bill Bartie. "I do not think the majority of Port Arthur residents would want Port Arthur known for that at this time."

The Texas Historical Commission was supposed to vote on whether the statue could make the battleground its permanent residence.

But instead, the commission removed the item from its agenda.

Another statue, the Spirit of the Confederacy in Sam Houston Park, was removed Tuesday.