David Leebron is credited with growing the student population, opening over a dozen institutions and expanding the campus since arriving in 2004. 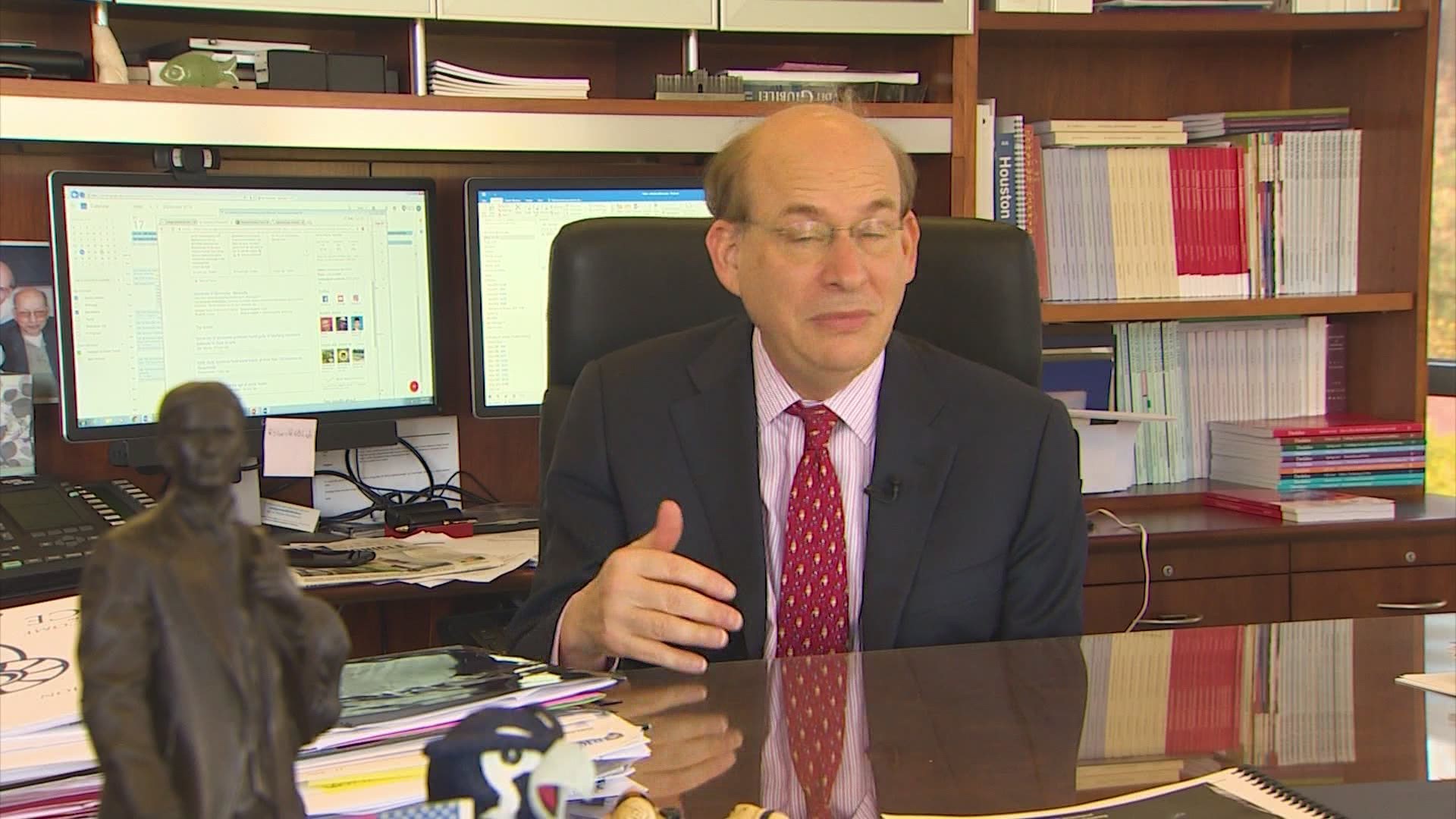 HOUSTON — Rice University President David Leebron has announced he plans to leave his position at the end of the next academic year after nearly two decades at the helm.

Leebron is only the seventh president in Rice’s history. His long tenure is second only to the university’s founding president, Edgar Odell Lovett, who held the post for 34 years.

His departure from the presidency will become effective on June 30, 2022.

Leebron is credited with the steady growth of the student body about 55% as well as increasing international enrollment. Meanwhile, admission applications have quadrupled from 8,100 in 2004 to nearly 30,000 in 2021.

He also launched the Rice Investment, a financial aid program that offers free and reduced tuition to qualified students from low- and middle-income families.

During his administration, the university has launched also more than a dozen new institutes and research centers including the Kinder Institute for Urban Research, the Center for the Study of Women, Gender and Sexuality, the Houston Education Research Consortium an several others.

The Rice campus has had its fair share of growth, too.

The school is currently completing a $1.8 billion improvement plan that includes 29 new buildings, renovations and other construction projects.

“Ping and I are so grateful for the opportunity we have had at Rice,” Leebron said. “This is a truly remarkable and dedicated community and it has been a privilege to be part of it.”

Trustees hailed Leebron’s tenure at Rice and thanked him for his leadership through an era of growth unprecedented in the university’s 109-year history.

“I am proud of so many things that we’ve accomplished at Rice,” Leebron said. “But I’m especially proud of the community’s constant desire to provide greater opportunities and address the most important challenges facing our city, our country and our world.”

A Philadelphia native, Leebron is a graduate of Harvard College and Harvard Law School, where he was elected president of the Harvard Law Review.