Researchers used high-speed cameras to measure airflow around musicians when they play their instruments. 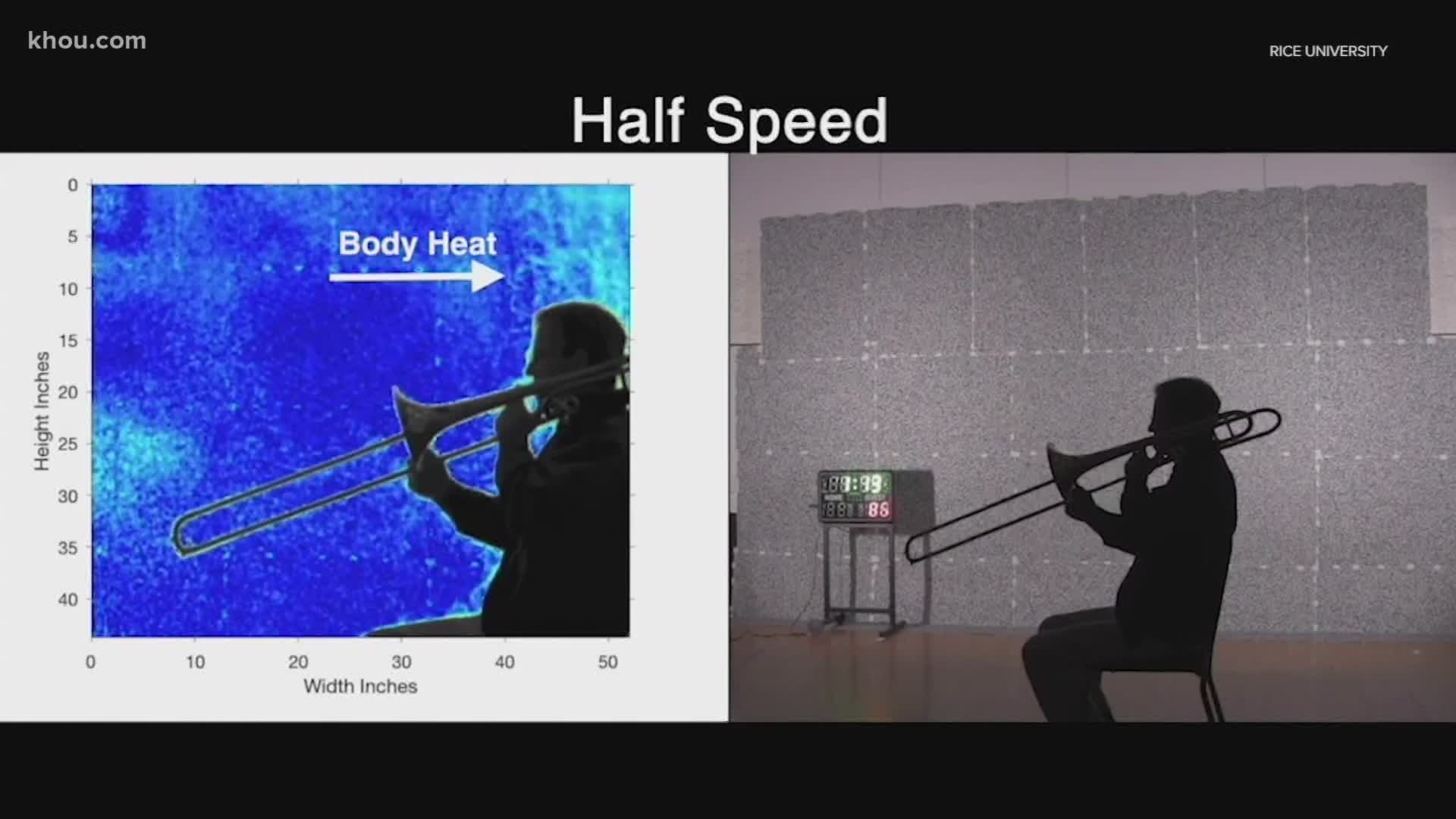 HOUSTON — The Houston Symphony has become an example for other orchestras around the country.

They’re showing it's possible to perform during a pandemic safely. Weekly performances resumed at Jones Hall in July.

“It was kind of emotional being back that first time for sure after being off. I think we were out of work for about three months or so,” said John Parker, Associate Principal Trumpet with the Houston Symphony.

Parker said he feels safe at work, because the safety protocols enacted during the pandemic are backed by research.

Engineers at Rice University partnered with the Houston Symphony to figure out how to bring performers back to the stage safely.

Researchers used high-speed cameras to measure airflow around musicians when they play their instruments.

“Most of these microparticles tend to rise up as soon as they come out of the performer. They eventually get comingled with the ventilation in the room,” said Ashok Veeraraghavan, Associate Professor in the Department of Electrical and Computer Engineering at Rice University.

He said the study concluded there is no silver bullet to prevent the spread of the coronavirus. Instead, it’s important to incorporate layers of protection. For orchestras performing indoors, Veeraraghavan said good ventilation and filtration systems are critical. Wearing masks, regular testing, and social distancing are helpful, too.

“It’s been an adjustment for all of us to learn how to play with together even though we’re not really sitting together,” Parker said. “I think that’s really important that people know – even though we’re in a weird time right now – we can still make music for our audiences and do what we love best.”