The effort is funded by the Department of Defense. 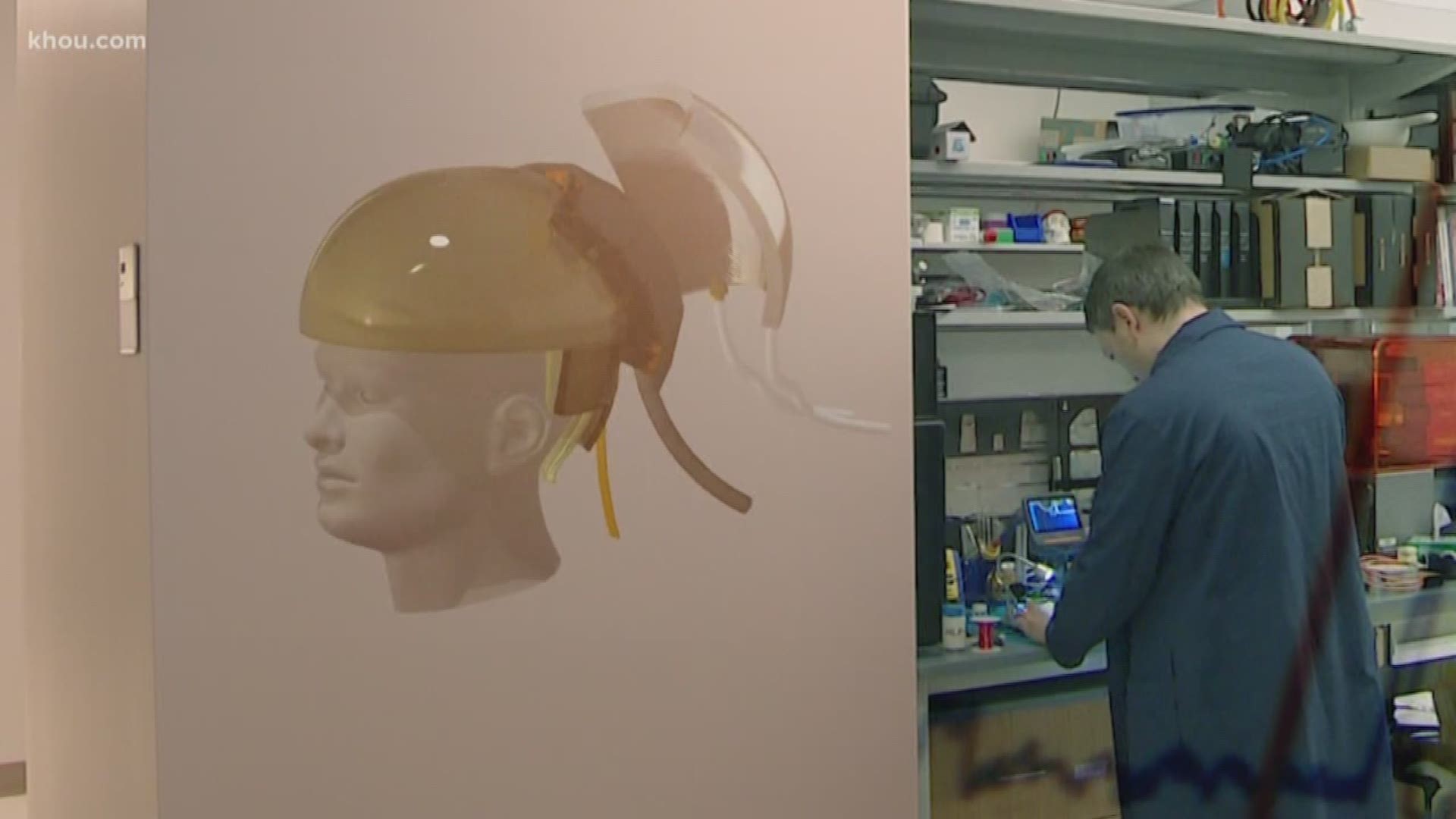 HOUSTON — More than 30 researchers at 15 different labs across the country are working on a project that sounds more like science fiction.

“What we’re trying to do is we’re trying to develop a faster way for you to communicate with your devices and other people,” said Jacob Robinson, associate professor of electrical computer engineering at Rice University.

Robinson’s team is leading the effort, which is funded by the Department of Defense.

“The speed at which you can imagine sending a message is a lot faster than you can physically move your fingers over your phone. Imagine if you could send that message almost instantaneously,” he said.

Their idea is to build a helmet that transmits thoughts through light pulses and magnetic fields without surgery.

The device will only access the part of the brain that processes intentional thought. Even though it will not access stream of consciousness, researchers are working with neuro-ethics experts to make sure the technology isn’t misused.

The government is giving the team $18 million to build a device that works in four years.

One reason researchers are optimistic is the progress they’ve already made with fruit flies. In the last few weeks, scientists have proven they can affect specific brain cells remotely.

“We know there are specific brain cells in the fruit fly that control its mating ritual. One of the things that’s characteristic of this mating ritual is the animal will extend its wings. You’ll see when we turn the magnetic field on here, the fly starts to go through its mating ritual,” Robinson said.

Next, they’ll try to do the same with rodents, primates, then people.

It isn’t hard to imagine why the military wants to send information to soldiers, computers or even drones at the speed of thought.

However, the researchers believe the technology can help people with neurological disorders, too.

“We think the first way these types of technologies could be useful is for people who have lost the ability to see. Then can stimulate a pattern of activity in the brain, to recreate an image of a house, car or the scene in front of them,” Robinson said.

It’s an ambitious idea, but only an idea at this point. The government hopes employing the brightest minds, and contributing a lot of money, will make it a reality.