Eighty-five percent of the survey participants said the government should do more to solve the country's problems. 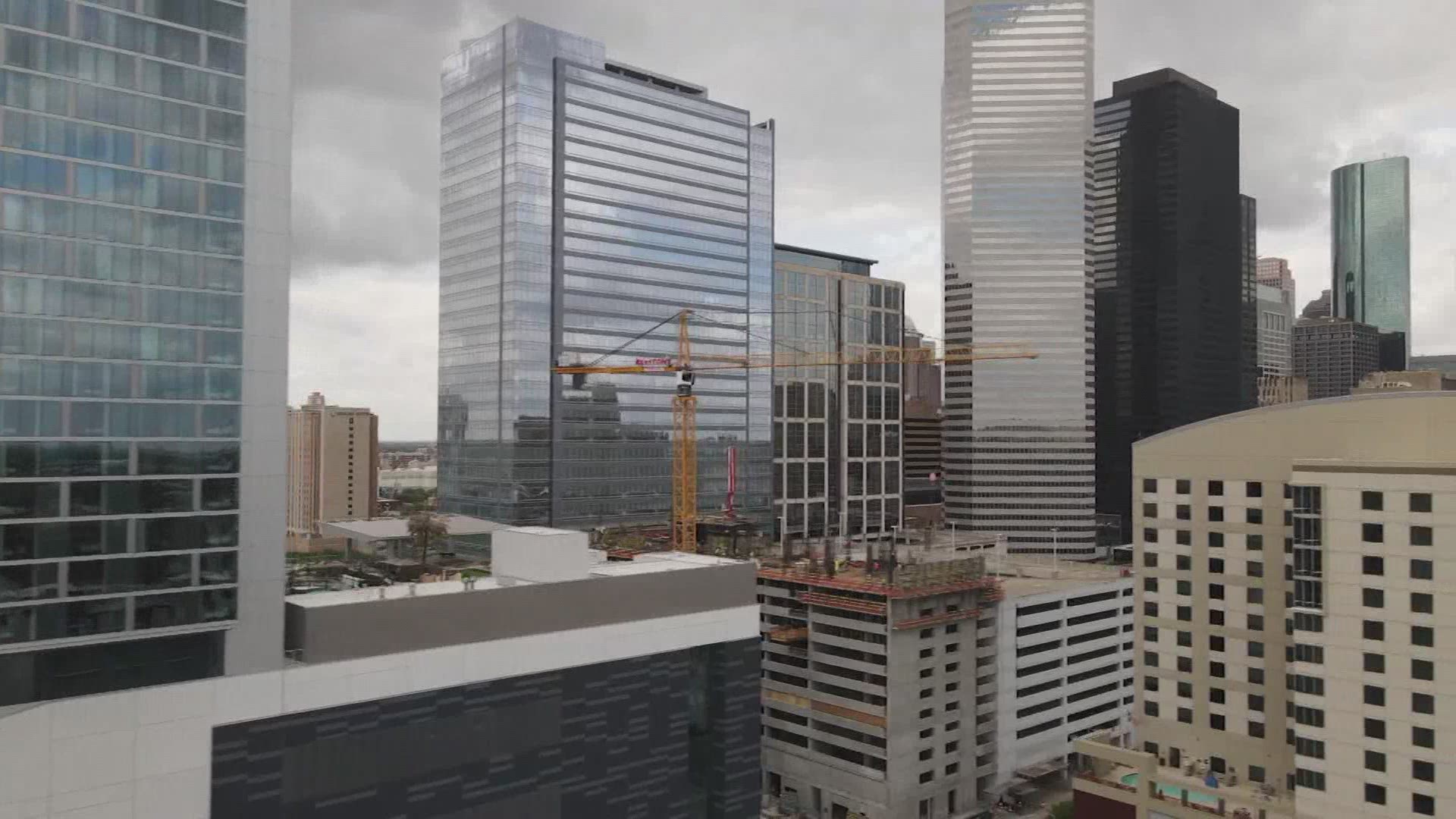 HOUSTON — Public health concerns, an issue that rarely registered on previous surveys, emerged as the top issue facing Houstonians in 2021, according to the new Kinder Houston Area Survey.

The survey was conducted by Stephen Klineberg, founding director of Rice’s Kinder Institute for Urban Research and emeritus professor of sociology, and Robert Bozick, senior research fellow at the Kinder Institute.

According to the survey, 25% of respondents mentioned the pandemic or health-related issues. Twenty percent of those surveyed said the economy was the biggest problem, up from 13% last year. Only 14% cited crime, and traffic dropped to 13%, down from 30% last year.

According to the survey, 58% of Blacks and 66% of Hispanics said they had to risk exposure to the coronavirus to keep their jobs during the past year, compared with 41% of Asians and 36% of Whites.

In addition, Blacks and Hispanics were more likely (at 73% and 67%, respectively) to know someone who was hospitalized with or died as a result of having COVID-19, compared with Whites (57%) and Asians (40%).

Mental health issues were also cited as a concern among all Houston-area residents with more than half of the respondents in all four groups reported feeling more stress and experiencing more emotional problems during the past year compared with a year ago.

Jobs and the economy

According to the survey, the percentage of Houston-area residents who had a positive view of the local job market dropped slightly, to 61% this year from 68% in 2020. Only 21% reported their economic situations were getting better, down from 34% in 2020, and for the first time in the 40 years of the survey, more respondents (25%) said their financial situations were getting worse than getting better.

Also, Blacks and Hispanics were more likely than Asians and Whites to have experienced a loss of income and to have received help from government programs in the past year, according to the survey.

Despite the challenges stemming from the pandemic, Houston-area residents said they remain optimistic about the future.

Following the murder of George Floyd, positive ratings of relations among ethnic groups in the Houston area declined across the board, especially among Blacks, according to the survey. Whites and Hispanics were significantly more likely than in previous years to agree that Blacks are still a long way from having the same opportunities in life as Whites.

Also, the number of people who said the criminal justice system is biased against Blacks increased to 54% from 32% in 2015, when the question was last asked.

According to the survey, more White respondents than in previous years (88%) supported allowing the children of undocumented immigrants to become U.S. citizens, up from 76% in 2013. In addition, 74% in this year’s survey said the U.S. should admit the same number of immigrants or more in the next 10 years as in the last decade, and 69% support a path to citizenship for immigrants living in the country illegally.

Interviews for the Kinder Houston Area Survey were conducted between Jan. 18 and March 29, 2021, by the National Opinion Research Center at the University of Chicago. The survey reached a representative sample of 1,051 adults living in Harris County, of whom 84% completed the survey by web and 16% by telephone.

The report is available online at https://kinder.rice.edu/.