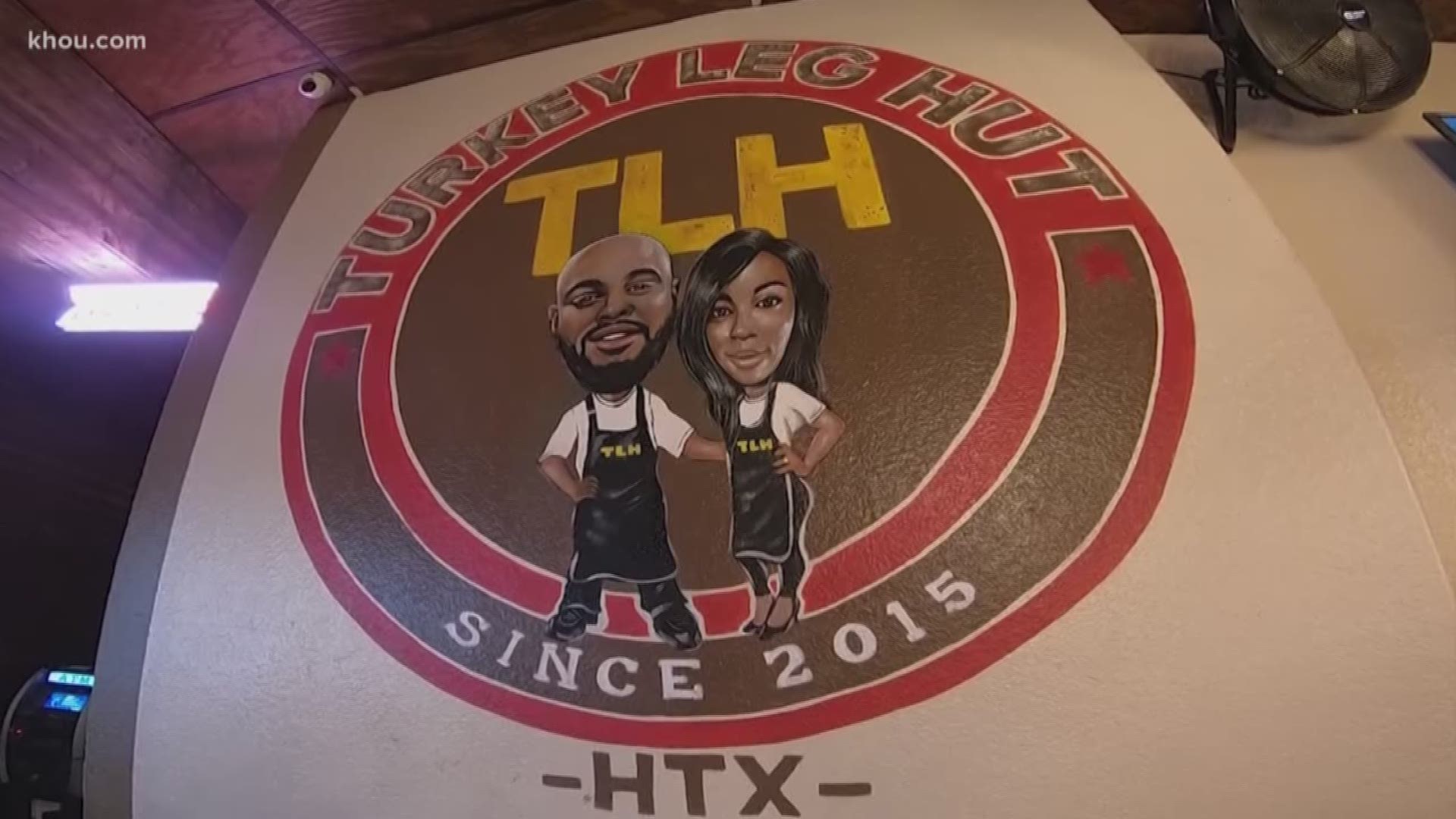 HOUSTON — Third Ward residents who live near Turkey Leg Hut have filed a lawsuit claiming the restaurant is a public health risk.

According to a release from the residents’ lawyers, the City of Houston has ignored complaints about “noxious smoke which engulfs their homes and jeopardizes public health and safety on multiple levels.”

The lawsuit alleges that air monitoring performed near the restaurant reveals high levels of air pollutants that present health risks. So, residents were able to obtain a temporary restraining order to stop all outdoor food preparation and commercial smokers at the restaurant between 8 p.m. and 6 a.m.

“Unlike a neighbor who occasionally holds a backyard barbecue – or even comparable restaurants anywhere else in Houston – the Turkey Leg Hut is a veritable unregulated and unenclosed illegal outdoor meat smoking factory.” The commercial food preparation activities of the Turkey Leg Hut violate a host of municipal ordinances, putting the public, patrons, and employees at risk the lawsuit alleges,” according to a release from the residents’ attorneys.

In an affidavit submitted to the court with the lawsuit, state-registered sanitarian Lisa Edwardsen stated the Turkey Leg Hut violates local regulations and the site lacks proper ventilation and smoke mitigation.

“In my 15 years of experience I do not recall ever seeing an establishment this far out of compliance that has been allowed to operate,” Edwardsen stated in her affidavit attached to the lawsuit.

The residents’ attorney claims on Aug. 9 the city officials met with local residents to discuss air quality issues surrounding Turkey Leg Hut, but took no action against the restaurant or its owners.

“Indeed, after the City of Houston turned a blind eye to its illegal and unpermitted restaurant operations, the Turkey Leg Hut responded with ever bolder efforts as if recognizing it could act above the law. As a result, the most basic and fundamental health requirements required by the City of Houston are flagrantly disregarded,” the lawsuit alleges.

KHOU 11 reached out to Turkey Leg Hut for a statement on this lawsuit and the owner released the following statement:

“At this time this is a pending legal matter, and we are not able to comment. We are aware of the allegations against the Turkey Leg Hut and have been cooperative with the city of Houston and the associated departments.

"We will continue to rigorously defend all allegations made against us as we always work hard to have a safe and healthy environment for our community and patrons."