Local nonprofits got a head-start on efforts thanks to a $3 million donation from The Kinder Foundation and Houston Endowment. 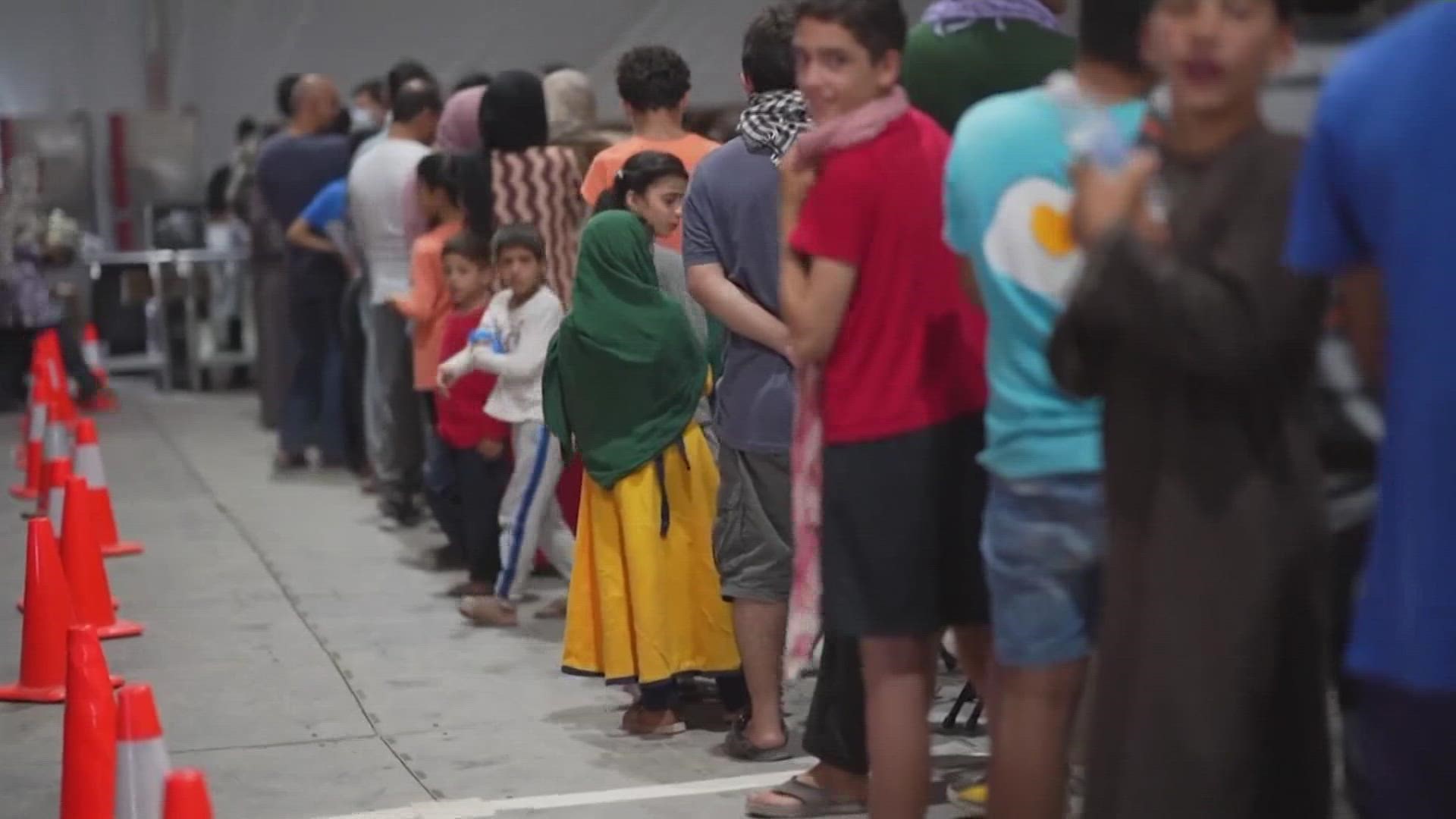 HOUSTON — Four Houston resettlement agencies are asking for the public’s help as they prepare to welcome about 3,000 more evacuees from Afghanistan.

The Alliance, Catholic Charities, Interfaith Ministries and the YMCA are teaming up to raise $8.5 million for resettlement efforts.

RELATED: How you can help Afghan refugees

The Kinder Foundation and Houston Endowment donated the first $3 million.

Leaders said the Afghan evacuees are arriving under “humanitarian parole” status, meaning they don’t get nearly the same level of government support as traditional refugees.

RELATED: 'The Afghan in us never leaves' | Family who fled Afghanistan in the 80s helps welcome refugees

“Instead, each person will only receive support of a one-time federal assistance payment of $1,200 that the agencies have to utilize to help get them resettled,” said Dan Stoecker, CEO of The Alliance. “We have determined that that’s not going to help meet the needs. It’s gonna be about $16,000 to support them in their first few months of Houston.”

People can donate here. Agencies are also asking for individual donations of personal items to help set up the new homes.

Most Afghan evacuees will arrive in Houston from military bases in early October.

“I always tell them, ‘It’ll take some time,’” said Matthew Abid, who works with Catholic Charities.

Abid came from Afghanistan to Houston in 2013 after serving as a translator with the U.S. Marines.

Sanya Wafeq, a resettlement case manager with the YMCA, said it takes most refugees about six months to become self-sufficient.

“(The refugees that we meet) really want to work hard here, and they really wanna stand on their feet,” Wafeq said. “They don’t want to be dependent on anyone.”

Other nonprofits are still helping migrants arriving from the Texas-Mexico border.

RELATED: Where do the thousands of migrants who traveled to Del Rio go to next?

The National Association of Christian Churches has helped about 2,000 mostly Haitian migrants as of Monday at their temporary transitional shelter in Houston.

They expect another busload from Del Rio on Monday.