Rep. Steve Scalise: 'This isn’t what America’s all about'

The Majority Whip narrowly survived a politically motivated assassination attempt in Virginia last year. He says he's extremely concerned after these bombing attempts that, for him, hit home. 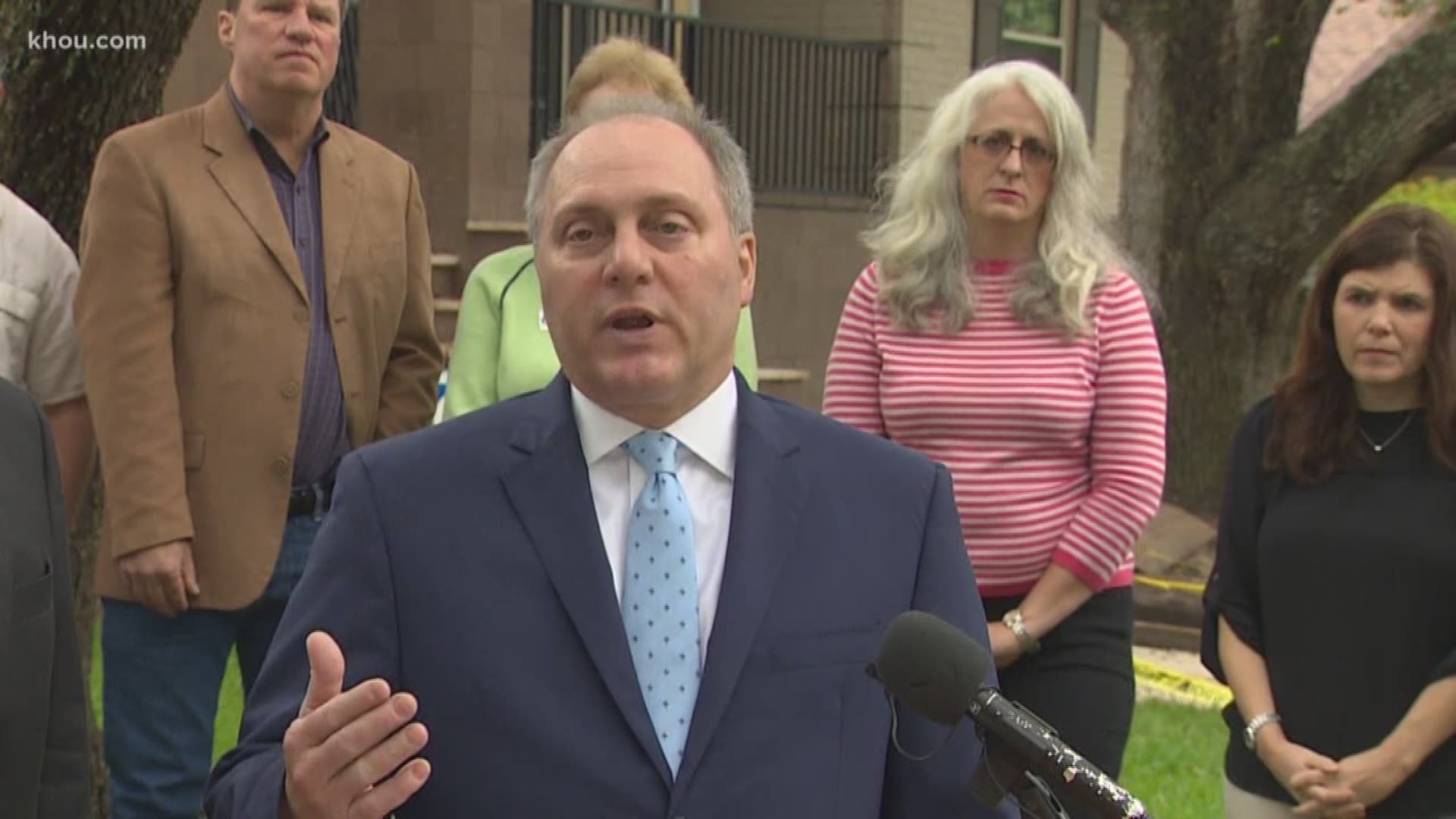 HOUSTON — Rep. Steve Scalise (R-LA), who was shot during a Congressional baseball game in 2017, weighed in Thursday on the recent bombing attempts of several prominent Democrats.

Officially, Rep. Scalise’s Thursday visit to Houston was a chance to get a firsthand update on Harvey recovery efforts with Rep. John Culberson (R-TX). The House Majority Whip checked out the progress on the Brays Bayou widening project and met the Autin family, who raised their Meyerland home after it flooded for the third time during the 2017 storm.

However, after the New Orleans-area Congressman talked federal dollars, reporters’ questions shifted to another topic: the string of attempted bombings.

"This isn't what America's all about,” said Rep. Scalise. “I'm disturbed by the fact that it's happening over and over again.”

Rep. Scalise was one of four people shot in Alexandria, Virginia, in June 2017 while practicing with other Republicans for a Congressional charity baseball game. A Commonwealth’s Attorney ruled that the gunman, who was killed by police, was “fueled by rage against Republican legislators”.

“We all need to tone down the rhetoric, but first we should find out the facts before we try to go and assess blame,” said Rep. Scalise.

Former CIA director John Brennan was one of the intended recipients of the pipe bombs, which were also sent to several prominent Democrats and critics of President Donald Trump.

“A lot of this rhetoric really is counterproductive,” said Brennan on Wednesday. “It is un-American.”

During a rally in Wisconsin on Wednesday night, President Trump condemned the incident.

“Any acts or threats of political violence are an attack on our democracy itself,” said President Trump.

“I think President Trump has struck the right tone,” said Scalise, in response to a question about whether the president should tone down his rhetoric, which has previously been directed at some of the people targeted. “If you saw what he said yesterday, he denounced this very clearly.”

On Thursday morning, President Trump used Twitter to blame the media for what he calls “a very big part of the Anger we see today in our society.”

A very big part of the Anger we see today in our society is caused by the purposely false and inaccurate reporting of the Mainstream Media that I refer to as Fake News. It has gotten so bad and hateful that it is beyond description. Mainstream Media must clean up its act, FAST!

Wherever the source of that frustration, Rep. Scalise said he hopes people channel their discontent to the ballot box instead of the streets.