She says they were in session when Congress had to crouch down for safety. There, they prayed. 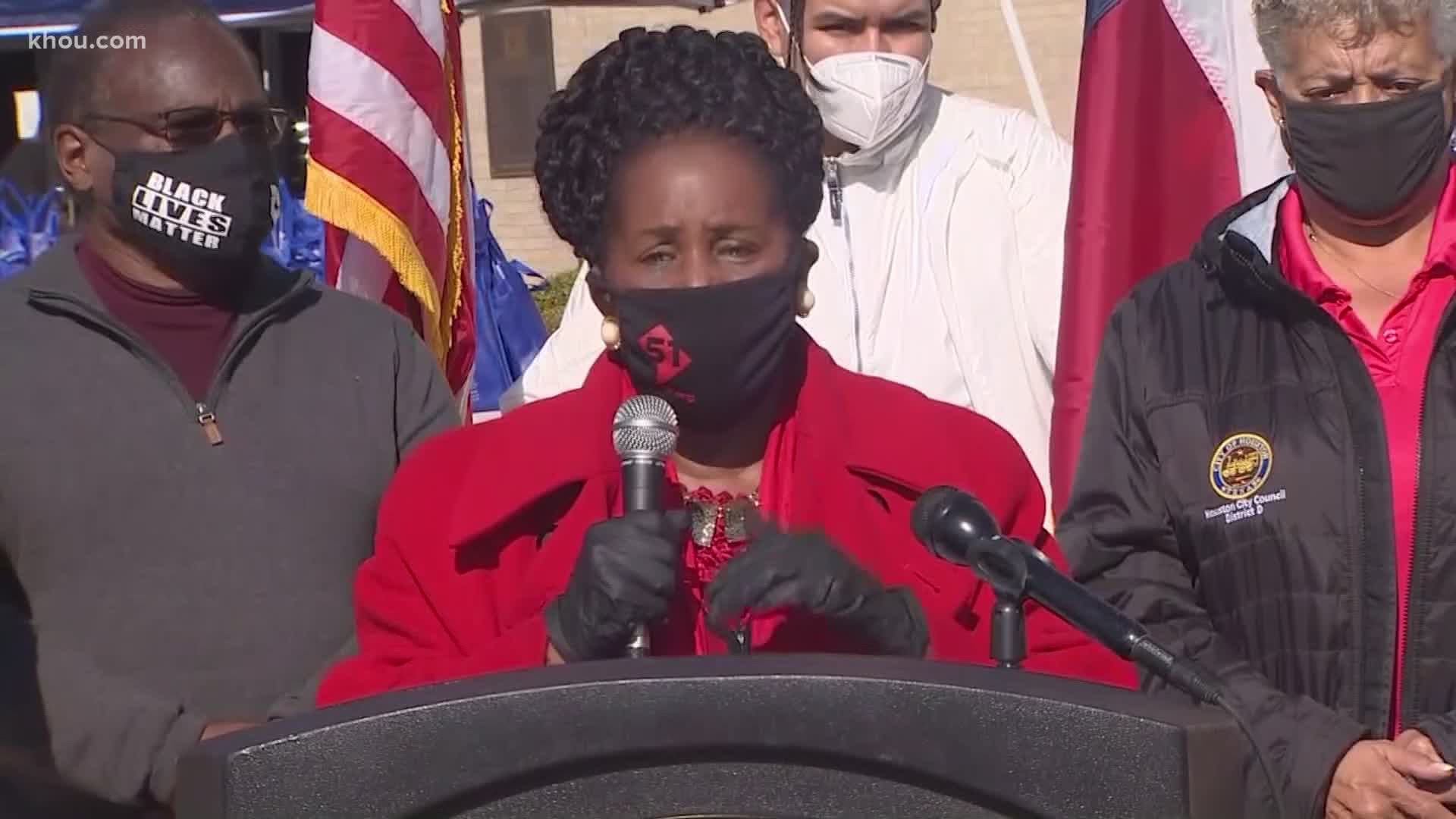 HOUSTON — Congresswoman Sheila Jackson Lee was inside Congress' chambers Wednesday when the mob made their way inside. Now, she's putting forth articles of impeachment for President Donald Trump.

It’s been just three days since Congresswoman Sheila Jackson Lee fled for her safety inside our nation’s Capitol.

“And then all of a sudden shouting came, 'Close the doors! Close the doors!'” Jackson Lee said. "We’re still in the chambers, still being shouted at to keep going. They said hit the ground because the domestic terrorists were taking furniture and they were banging on the central door."

She said they were in session when Congress had to crouch down for safety. There, they prayed and heard the shooting of Ashli Babbitt.

“As we were escaping down the steps, we could see a number of the terrorists being held at gunpoint," Jackson Lee said.

She said it’s that attack that’s fueling her effort to have President Trump impeached a second time.

“And as well his potential liability and responsibility for what happened on Wednesday, January 6, 2021, a day that will go down in history as another day of infamy because of Donald J. Trump," Jackson Lee said.