Mourners of all races, ages and backgrounds stood in line to honor Bush 41, each with their own reason for going. 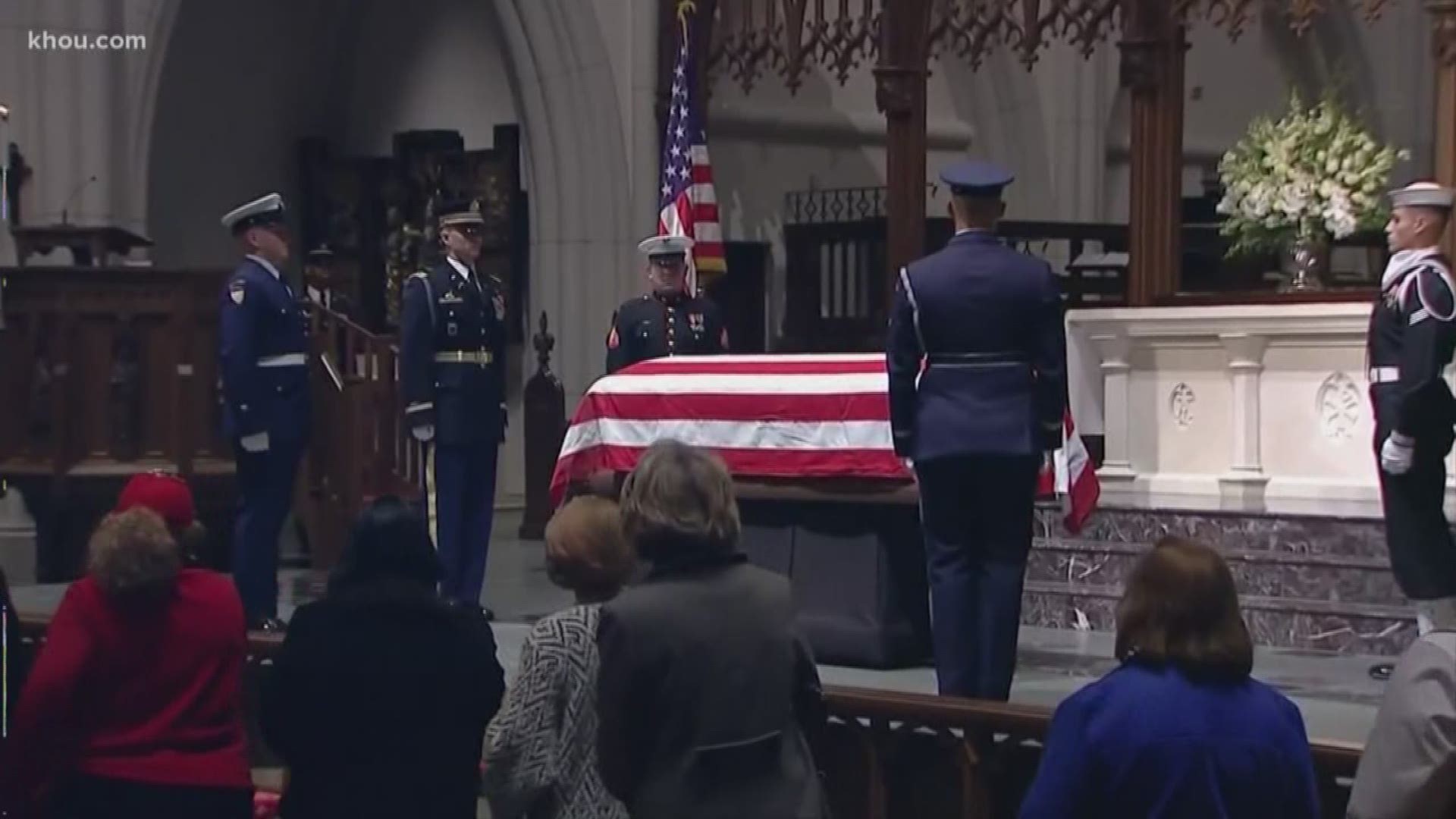 HOUSTON - More than 11,000 of people lined up at Second Baptist Church on Woodway Wednesday, waiting for their chance to bid adieu to President George H. W. Bush in person.

The mourners ranged in ages and backgrounds, each with their own reason for going.

Thousands of people lined up at Second Baptist Church on Woodway Wednesday because they want to honor President George H.W. Bush.

“I felt proud to be able to serve during that war,” Mercado said. “(Bush was) just a great man, a great statesman, a diplomat...everything. Much respected around the world.”

Eve Beasley is a Houstonian and waited in line with her 7-year-old granddaughter, Jamie.

As the public repose in the state funeral for President George H.W. Bush draws to a close, just getting word that 11,657 persons took the time out of their lives to pay respect to the 41st President of the United States of America. #Remembering41

“We feel very grateful to be here and to say thank you,” Beasley. said. “He’s just been a constant, and it feels like a family member has passed.”

Jamie wrote a letter to the Bush family saying, in part, “Dear Bush family, I really like what you have done for our country. Thank you for everything.”

Jan Robertson is a teacher at George Bush High School and said she tried to pass on Bush’s legacy of kindness to her students daily.

“I almost feel like, because of the way I teach, that he’s part of me and I try to bring out him in my classroom,” Robertson said. “He knew no stranger and that’s what I’m trying to teach my students is be nice, be kind.”

People who visited St. Martin’s Episcopal Church said they were only able to have a few moments in front of 41’s casket before moving on, but the mood inside the church is one they will never forget.

“I felt honored to be able to be allowed to do it,” said Cathy Dawn, who left work early to attend. “It’s a privilege.”

“Just the finality of it all, you know, it’s beautiful and it’s sad all at the same time,” described Ann Tiffany Copeland. “Because we all love him dearly.”

From start to finish, it took about 90 minutes for a person to move through the line at Second Baptist Church then load onto a bus headed for St. Martin's, but people say that it was worth every minute to say goodbye to Houston’s President.

“His soul and spirit will be around this city and have a lasting impact forever,” said Houstonian Brian Duffy.