Nothing has brought the Texas communities together like the final train ride of President George H.W. Bush. 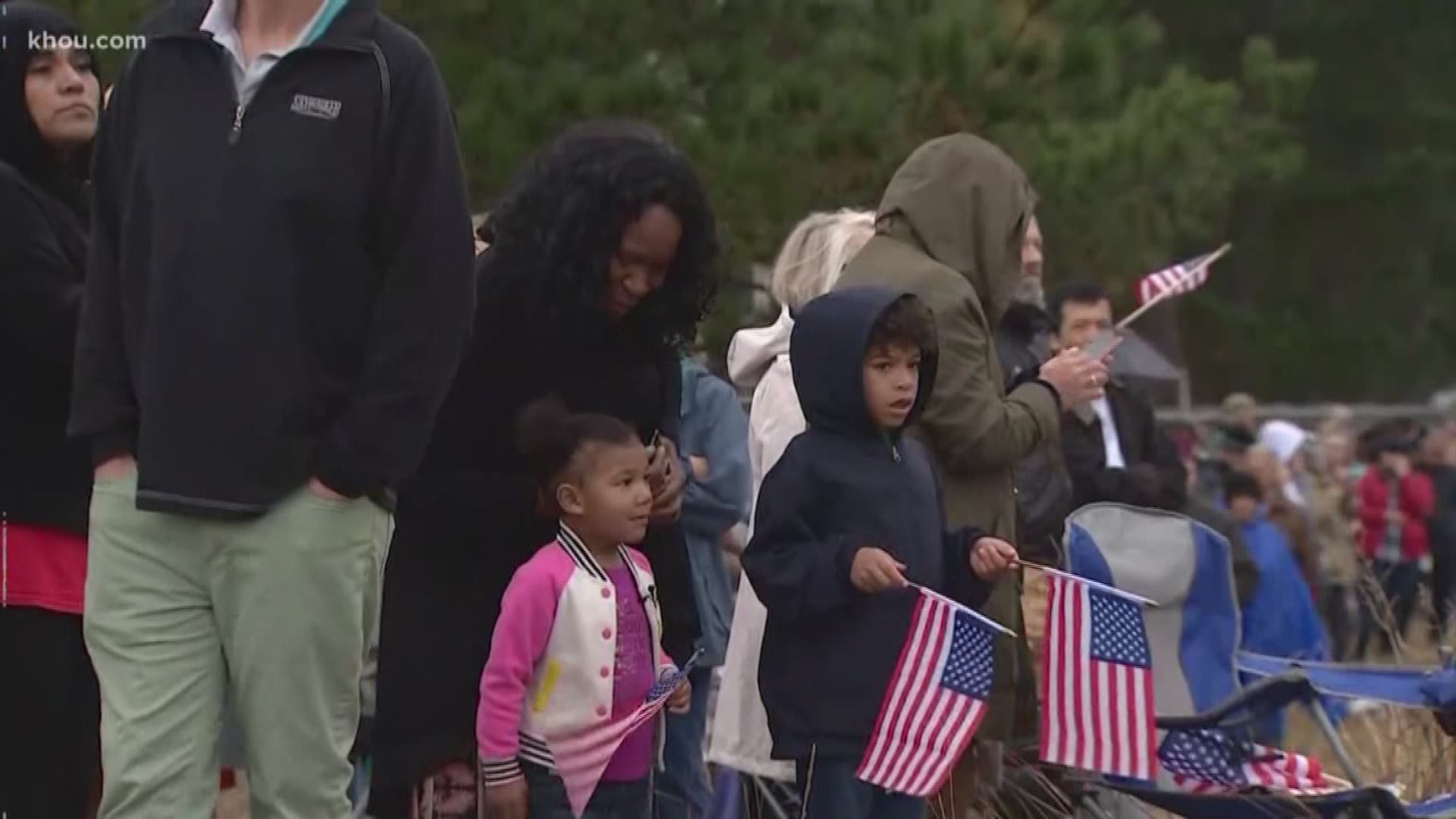 SPRING, Texas - For more than a century, through two world wars, booms, recessions and the Great Depression, the rails have remained the connection – a link between Spring, Magnolia and Navasota.

But nothing has brought the Texas communities together like the final train ride of President George H.W. Bush.

“This is important,” Lisa Perry said.

The Houston grandmother stood along the tracks with her grandchildren, 3-year-old Natalia and 6-year-old grandson Christopher.

She pointed out to hundreds of people standing with them along the tracks.

“That’s how many people loved him,” Perry told her grandkids.

Perry met Bush once in Walmart where she used to work. She was impressed by how down to earth he was – just like her.

Up the tracks in Magnolia, Frank Stovall sat in a truck of his own design, a collection mostly of odds and ends, loosely attached to a frame.

“I had respect for him,” he said. “Voted for him two times. I don’t vote for people two times unless I like him. I think, if he was here, he’d like my truck, too."

In Navasota, on the western leg of the journey, 93-year-old Lon Sowell and his wife of 73 years stood for an hour in the rain for a moment of their collective lifetimes.

“I’m going to smile, wave at him, maybe salute, probably will,” Sowell said.

Sowell did salute as the body of President Bush passed by – a long salute, until the last car of the train had passed by.

Perry told her grandkids to wave their flags as the train passed. Then she wiped away tears.

“He’s on his way home to heaven,” she told her grandkids.

For more than 100 years Navasota, Magnolia and Spring have been connected by the rails. Forevermore, they’ll be linked by this moment.