The memorial is a place where a lot of people are showing Dhaliwal and his family love. 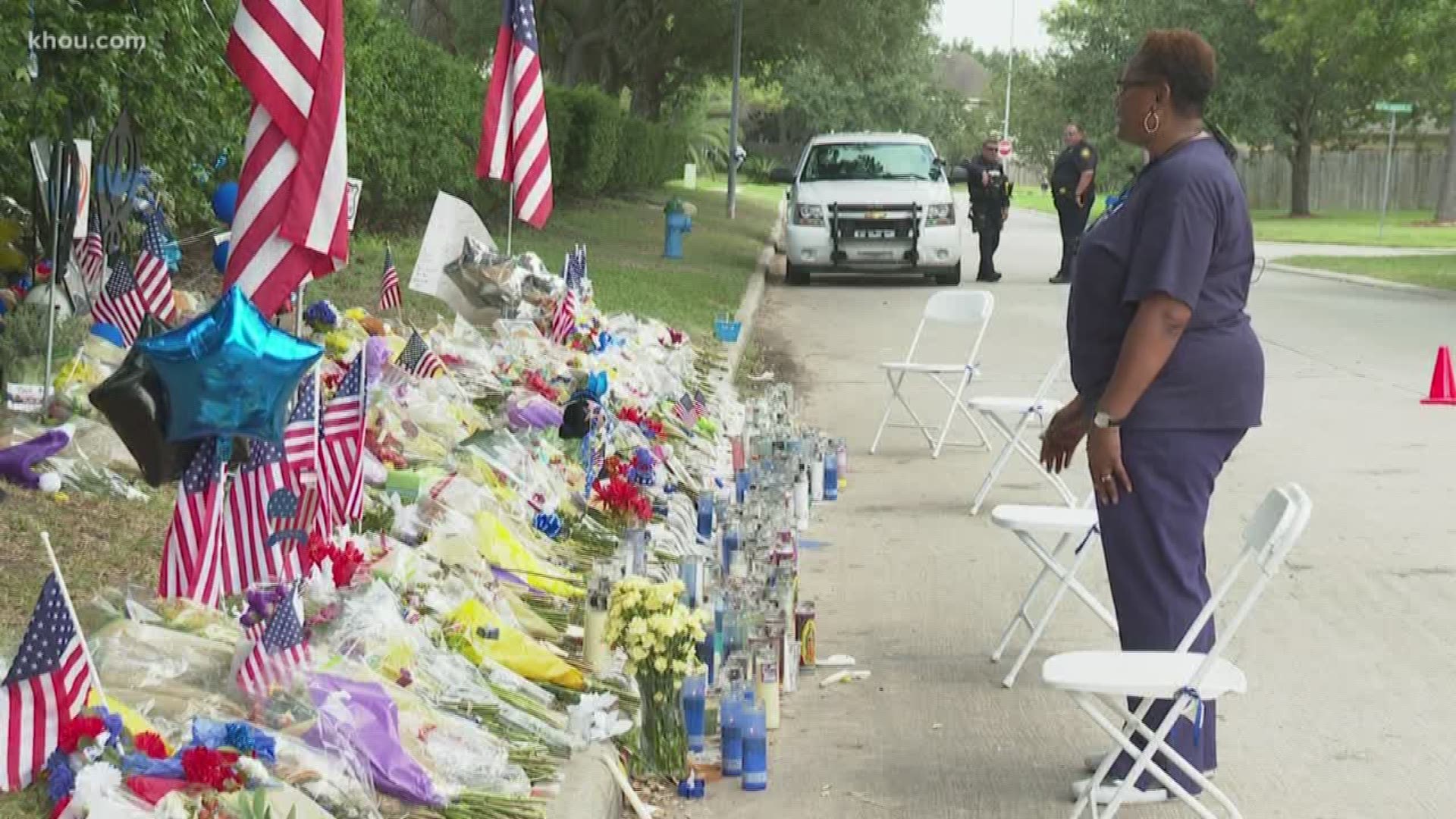 HARRIS COUNTY, Texas — As Harris County Sheriff’s Office Deputy Sandeep Dhaliwal’s funeral was taking place Wednesday, many stopped to mourn and reflect at the site where he was shot and killed.

The growing memorial has become a place where people seek answers as to what happened.

“Our hearts is just very saddened by the loss of one of our own," said Yolanda Lewis.

“My heart breaks. My heart just, it literally, it’s almost like being a part of it, I guess. Of him,” said Ruth Meaux. “I’ve kind of come here almost every day because I can’t believe the tragedy of this.”

Jacob Gonzales works nearby, but it was the first time he visited the memorial.

“We didn’t have a chance due to work, and we wanted to make sure to stop and pay or respects. He was a good guy," Gonzales said.

The memorial was also a place where a lot of people are showing Dhaliwal and his family love.

Eric Bruss, a deputy constable with Harris County Constable Precinct 1, finished training in the area and decided to stop by the memorial.

“I met him a couple times when I worked out here,” Bruss said. “Very kind. Seemed like a very caring guy. Passionate about the job. Was very excited about interactions with the public.”

“I pray for comfort and healing for his family," Meaux said.

“I just left them up, and I ask you to cover them and keep them at this time of bereavement. In your name I pray, Amen,” Lewis said.

Bruss said the family will never be alone because those who wear the badge will always stand by them.

“It touches your heart for sure. The family, it’s important they know that we care and...they have a lot of brothers and sisters now,” Bruss said.

“So many people care, and you don’t know that people care until something like this happens," Lewis said. "I wish there was a way can show they care more before these type of tragedies happen.”

In addition, Eric San Miguel was glad he decided to find the memorial to pay his respects.

“It’s a good feeling knowing that people loved him the way he loved other people. He just didn’t die in vain. He died being the person that he was," he said.

“To truly honor him means that we come out and do a good job for the people every single day,” Bruss said.

Some people now hope a permanent memorial is establish at the site of the current memorial so Deputy Dhaliwal’s ultimate sacrifice is never forgotten.