Ten families are mourning after a mass shooting at Santa Fe High School. 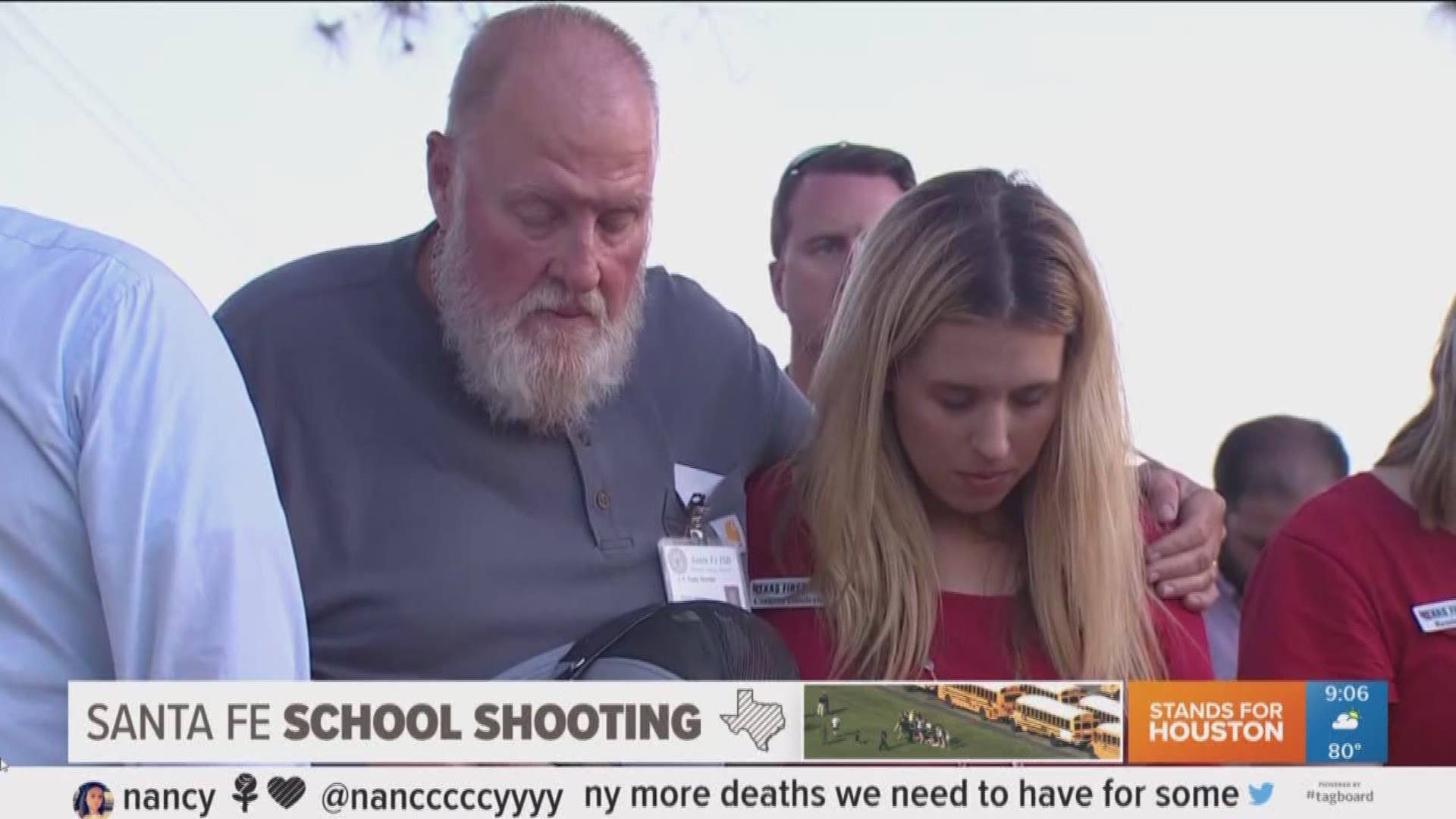 It was a sunny Friday morning at Santa Fe High School and the students and teachers were excited about the weekend with the end of the school year just two weeks away.

They had no idea their worlds were about to be turned upside down and 10 of them wouldn't live to see the weekend.

Here's what we've learned about the victims:

"From what we've gathered thus far he got in front of other students and barricaded the door," said Saunders. "He laid down his life so others could have a chance."

Saunders said Christian hoped to enlist in the military when he became of age. He felt it was his calling to serve others.

Pakistani businessman Abdul Aziz Sheikh says he learned of the tragedy unfolding at a high school in Texas when he turned on the TV after iftar, the fast-breaking meal during the Muslim holy month of Ramadan.

Realizing it was the school where his 18-year-old daughter, Sabika, was an exchange student, he flipped through channels trying to learn more and left her messages, but she didn't reply.

He called his daughter's friends, but they weren't responding either. It was only when he got reached the exchange program that he got the bad news: Sabika Khan was among the 10 people killed in Friday's mass shooting at Santa Fe High School, southeast of Houston.

Fighting back tears, her father told The Associated Press on Saturday in Karachi that Sabika was due home in about three weeks for the holiday marking the end of Ramadan. He says he thought she would be safe in the U.S.

A leader at a program for foreign exchange students and the Pakistani Embassy in Washington, D.C., confirmed a Pakistani girl is among those killed in the Texas high school shooting.

Megan Lysaght, manager of the Kennedy-Lugar Youth Exchange & Study Abroad program, sent a letter to other students in the program confirming that Sabika was killed in the shooting at Santa Fe High School.

The letter says the program is devastated by Sabika's loss and would be holding a moment of silence for her.

Lysaght declined further comment when contacted by The Associated Press and referred calls to a State Department spokesman.

The Pakistan Embassy in Washington identified Sabika as a victim of the shooting on Twitter and wrote that "our thoughts and prayers are with Sabika's family and friends."

Family members said Angelique was a strong teenager who took on a heavy role in the family with her younger brother.

Family members say a substitute teacher whose passion was her children and grandchildren is among the victims of the shooting at a Texas high school.

She says Tisdale, who was in her 60s, was like a mother to her and helped her shop for wedding dresses last year.

Olinde says Tisdale was married to her husband for close to 40 years and had three children and eight grandchildren. She says she "never met a woman who loved her family so much."

Olinde's fiance, Eric Sanders, says "words don't explain her lust for life and the joy she got from helping people."

Tisdale was a full time sub at the school, according to a family member.

“It’s a terrible tragedy,” Cynthia Tisdale’s family member tells KHOU11. “She was substitute teaching because she wanted to, she loved it."

Shana Fisher was in art class at the time of the shooting, her family said on Twitter. Shana's mother and father believe she was one of the first victims killed.

Her family isn't being allowed to see her body yet. An autopsy is planned for Monday.

The 16-year-old loved art, especially anime. The family showed us the girl's drawings.

Credit: @candithurman - Twitter
Shana&nbsp;Fisher was in art class at the time of the shooting, her family said on Twitter.&nbsp;

Kimberly Vaughan was in art class when shots rang out Friday morning. Her mother, Rhonda Hart, announced on Facebook that her daughter was one of the children who did not make it.

Everybody yelling 'run, go as fast as you can,' Santa Fe High School student said