'Murad' says he was repeatedly threatened by the Taliban because he worked with the U.S. He fled his native country with his wife and three sons in early August. 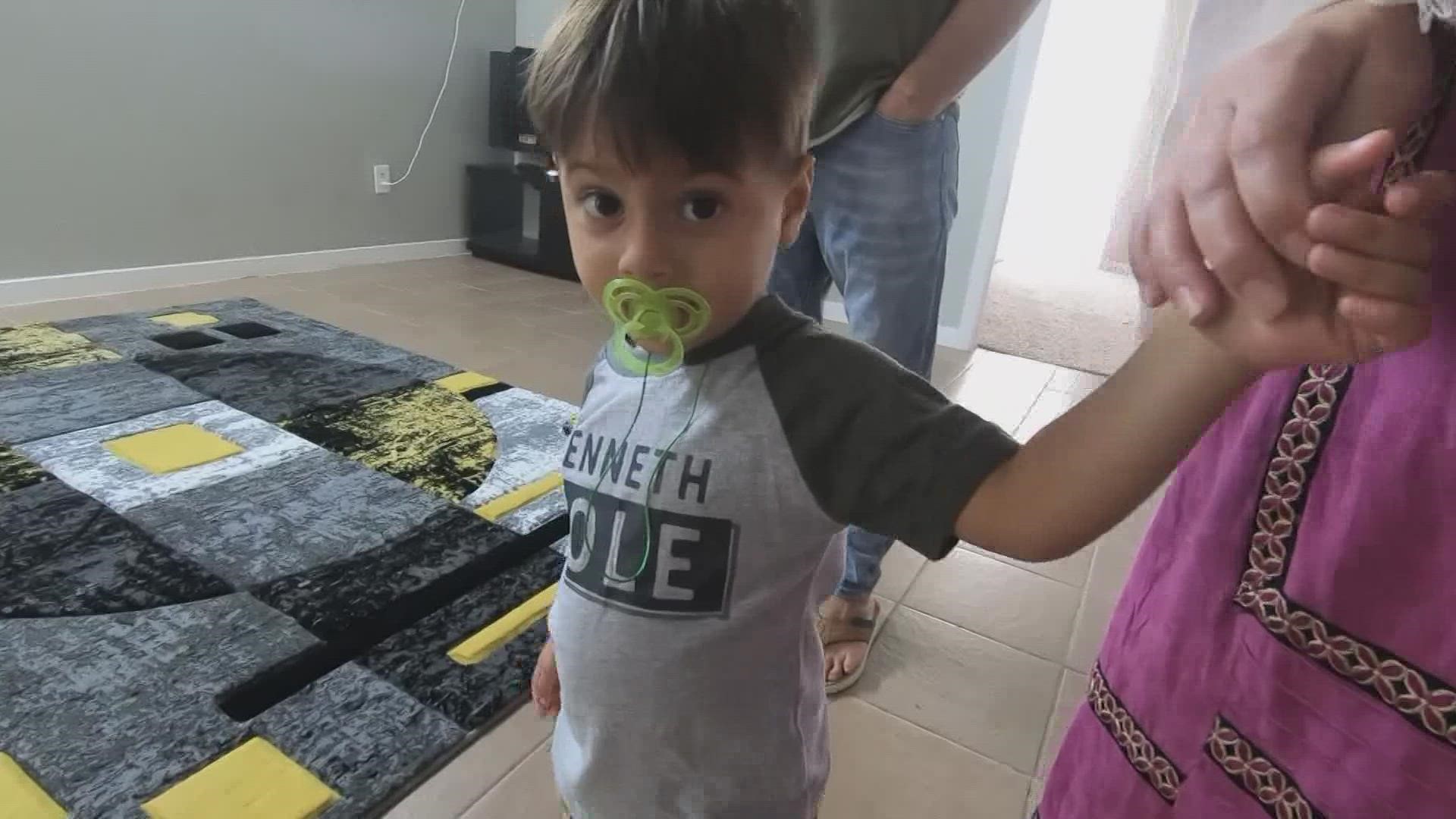 HOUSTON — The White House confirms it’s alerted governors to just how many refugees will be resettled from Afghanistan to each state.

According to the Biden Administration, Texas will welcome 4,481 of the initial group of 37,000 refugees arriving in the U.S. over the next six months.

A man KHOU 11 is choosing to call ‘Murad’ and his wife and three sons arrived in Houston last month. Murad says he worked with the United States in Afghanistan for nearly a decade. He worked with a U.S. organization that focused on emergency response. Murad says he chose to resettle in Houston after flying into the U.S. through Washington D.C. because he has friends in Houston.

Interfaith Ministries, through donations and partnerships, was able to secure a one-bedroom apartment for the young family of five in southwest Houston.

“We were happy but there were some threats for us in Afghanistan,” said Murad of life in his native country. He says he still has family in Afghanistan and because of that, KHOU 11 is using a face mask to conceal his physical identity. Murad said his family could be harmed by the Taliban if they found out he’s now here in the U.S.

“We always changing our home. And we that was very difficult for us,” said Murad of the three years he spent moving his family to safe houses throughout Afghanistan. He said he worked for three years to secure the paperwork to flee Afghanistan for the U.S. He was able to board a plane at Kabul airport before the Taliban regained power last month as the U.S. worked to leave the country after 20 years.

On #khou11 at 6: an update on the #AfghanRefugees resettling in Houston. @InterfaithMin plans to resettle 1,000 Afghans by the end of March 2022. Among them, Murad and his wife and their 3 sons. So thankful he’s sharing his story. The boys loved @MckenneyKHOU camera! pic.twitter.com/r0OdoqdBFO

“We were very sad to leave our country. And when we came here, we see the warm welcome,” said Murad of the welcome he and his family received from volunteers with Interfaith Ministries.

The 32-year old father is taking classes to strengthen his English and he hopes to become a medical technician here in the United States.

Murad is thankful his wife and children are out of danger, “now we are very happy to live here.”