In the wake of his death, Castro's family called for justice and kindness, and the community stepped up in a big way. 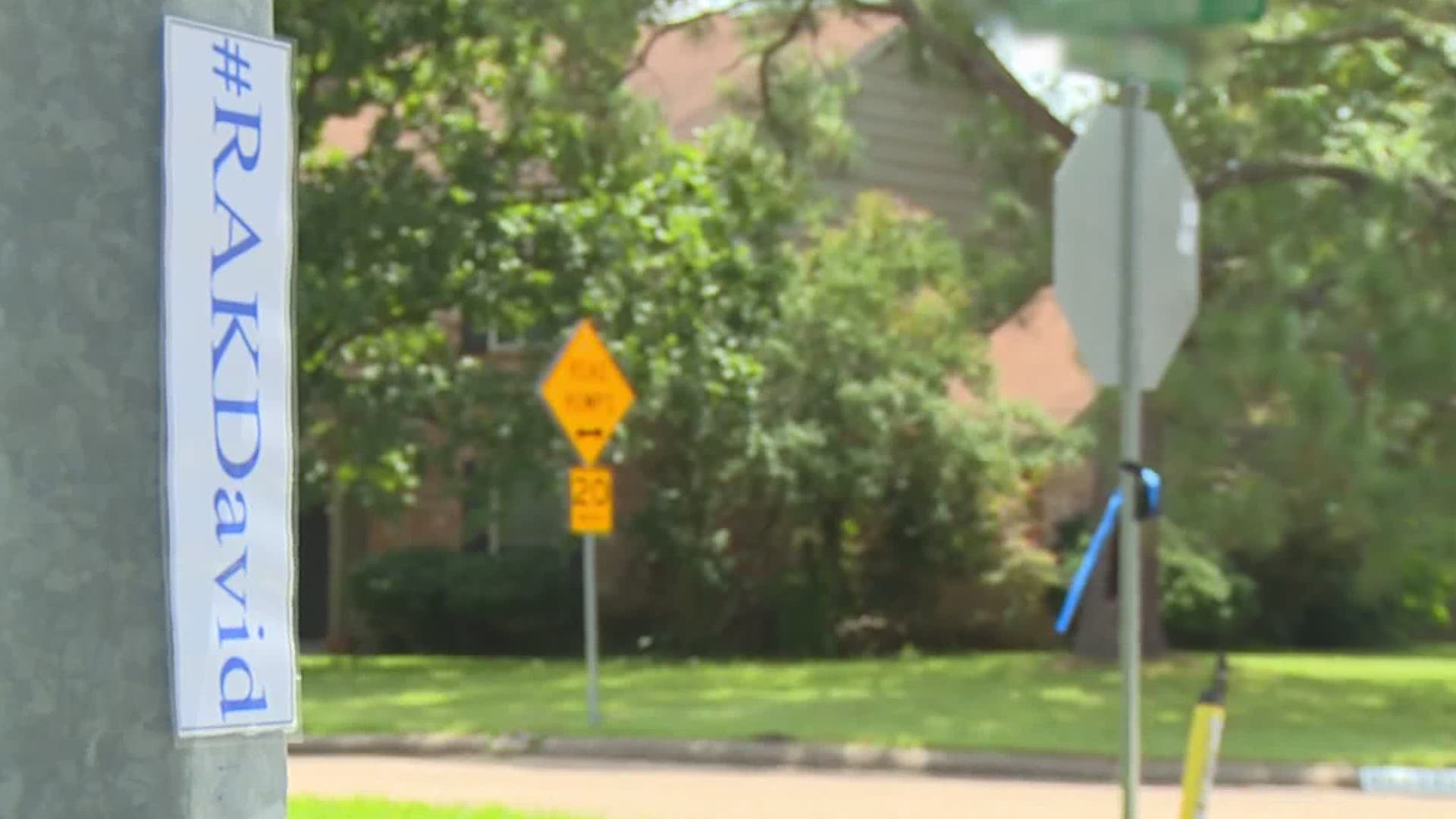 HOUSTON — Friends and family members are celebrating the life of David Castro.

The 17-year-old Westside High School student was shot during a road rage incident after an Astros game last week. He later died from those injuries.

RELATED: $10K reward offered for info, arrest of suspect in shooting of teen during road rage incident after Astros game

In the wake of his death, Castro's family called for justice and kindness, and Houston stepped up in a big way.

In west Houston, blue and black ribbons are tied around trees, stop signs and mailboxes. Upon closer look, you can see they read "#RAKDavid."

Random acts of kindness for David.

"It was just kind of, like, spur of the moment. Like somebody posted #RAKDavid and I was, like, oh! I’m going to jump on that," David's father, Paul Castro said.

Paul Castro said he hasn't been able to sleep since the incident. He was driving the vehicle when the enraged driver opened fire last Tuesday.

He's embracing the #RAKDavid movement. He sees it as a call to ease the pain of a random act of violence with random acts of kindness.

Here are some random acts of kindness that have been shared:

"All of those things are making the world better," Paul Castro said. "And those are the things that give us the energy and the strength to face the next day. It is impossible to explain to anyone what it's like to lose a child. I don't know where we would be without the support of our friends and family, and really, strangers."

Kindness might be the hope the family needs to lead them out of despair. To show that love is stronger than hate.

"I hope David Castro is smiling In Heaven knowing that he’s made such an impact on this world and that he is causing random people to do good things!" Kelly posted on Facebook.

Houston police are hopeful they'll catch David's killer. They released a sketch of the gunman and a description of the vehicle he was in -- a white Buick Lacrosse with a sunroof, paper plates and yellow-tinted headlights.