Back on track: Rail trolleys returning to Galveston today, and the first weekend will be free

The City of Galveston confirmed its historic rail trolleys will return on Oct. 1, for the first time since Hurricane Ike flooded them in 2008. 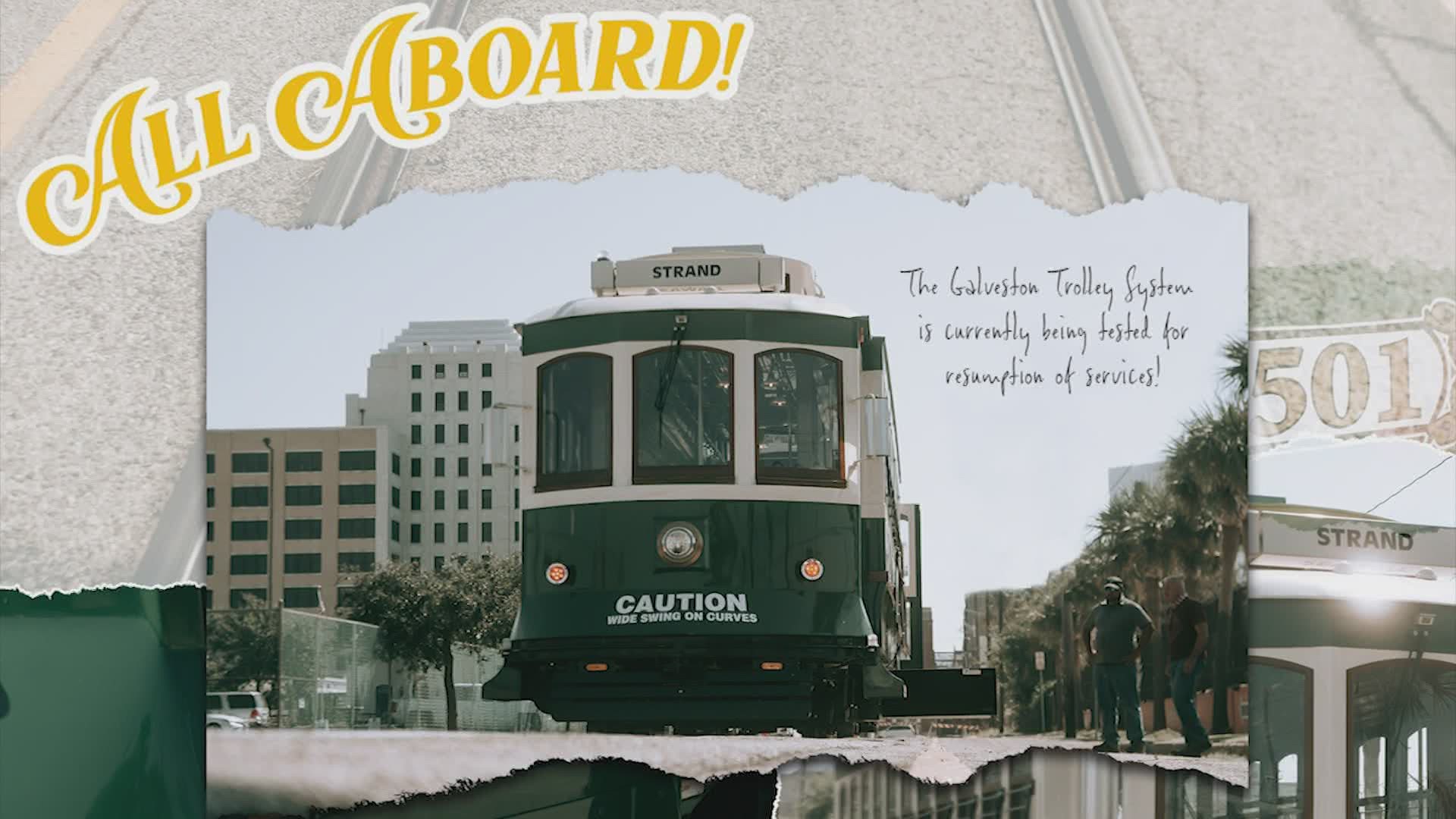 GALVESTON, Texas — Finally, we've reached the light at the end of the tunnel.

The City of Galveston announced its historic rail trolleys will make a grand return Oct. 1 after spending more than 13 years out of commission.

"We've been looking forward to the return of the beloved trolleys since they were damaged in Hurricane Ike and are thrilled the public will soon be able to ride them once again," Mayor Craig Brown said.

Editor's Note: The above video was published in April 2021.

A few months ago, the city announced three of the island's four historic trolley had been restored after they were flooded during Hurricane Ike in 2008.

The city had been using trolley-themed buses in the meantime.

Now, the trolleys and trolley conductors have finally completed months of mandatory state and federal training and test runs, according to a release.

To celebrate, officials said the first weekend will be free for passengers. Galveston said they're also hosting a special event Oct. 1 at 9 a.m. on Postoffice Street between 22nd and 23rd.

Roundtrip from downtown Galveston to the Seawall will take about 30 minutes on a dry day, closer to 45 if it’s rainy. #KHOU11 #HTownRush pic.twitter.com/2XzjN8abO5

The trolleys will be picking up passengers and dropping them off at various stops along the Seawall and through downtown Galveston, the city said.

After the first weekend, the normal fare will be $1 per person; cash only and drivers can't make change, according to the website. Minors with adults are free.

The trolleys will operate on Fridays, Saturdays and Sundays from 10 a.m. to 7 p.m. for the time being, the city said.

Trolleys are back, so make room!

The City of Galveston understands many residents and visitors aren't used to sharing the road with the rail trolleys, and they're asking everyone to be on alert when walking and driving in certain area.

The public is asked to adhere to the following safety measures while along the route: