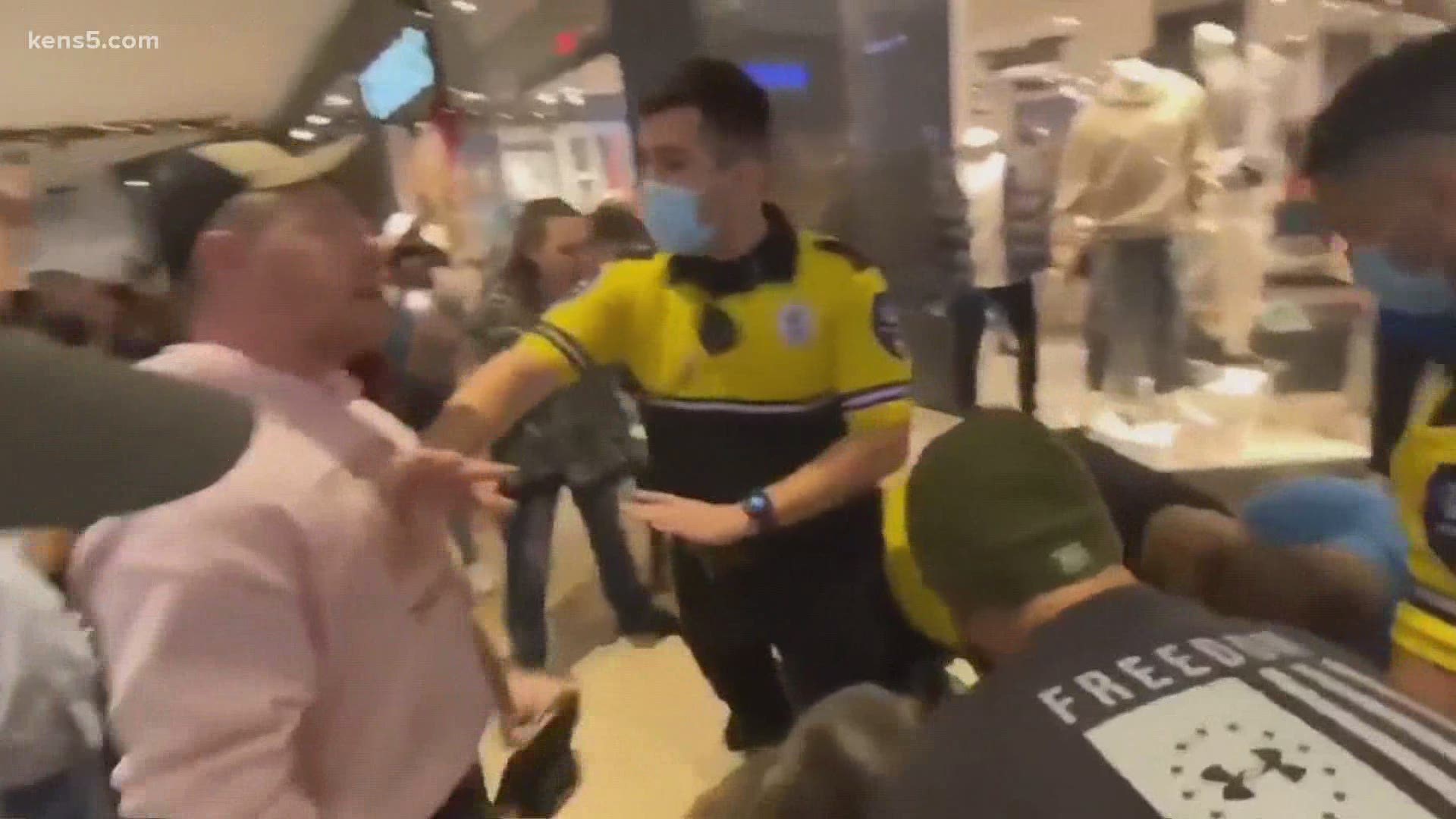 SAN ANTONIO — San Antonio Police arrested one person, Eric Matthew Braden, in connection to an unauthorized protest at North Star Mall over wearing masks to mitigate the spread of COVID-19.

Police say they responded to the mall around 7 p.m. on Dec. 22 for a criminal trespassing call. Mall security confronted an organized protest with people refusing to wear masks.

Investigators said the group was given a criminal trespass warning and asked to leave the property.

But SAPD said Braden continued to escalate the situation.

In a statement, North Star Mall said that as they addressed "a disorderly crowd of mask-less protestors, one individual became physical and attempted to shove a security officer."

Braden is out of jail on bond as of Tuesday afternoon, facing a criminal trespassing charge.

Cell phone video of the incident exploded on social media, pitting those who believe in wearing masks to bring down a surge in coronavirus numbers against those who feel the government is overstepping. Some are calling the maskless actions the effort of patriots.

"We have zero tolerance for this behavior on our property," North Star representatives said.

"We ask that our community comply and wear facemasks in our shopping center to help slow the spread of COVID-19," mall officials said.

SAPD said Braden went to the hospital for pains from a pre-existing back injury. His arraignment is set for Jan. 25.