The fast food restaurant was engulfed in flames after a day of protests following the fatal police shooting. 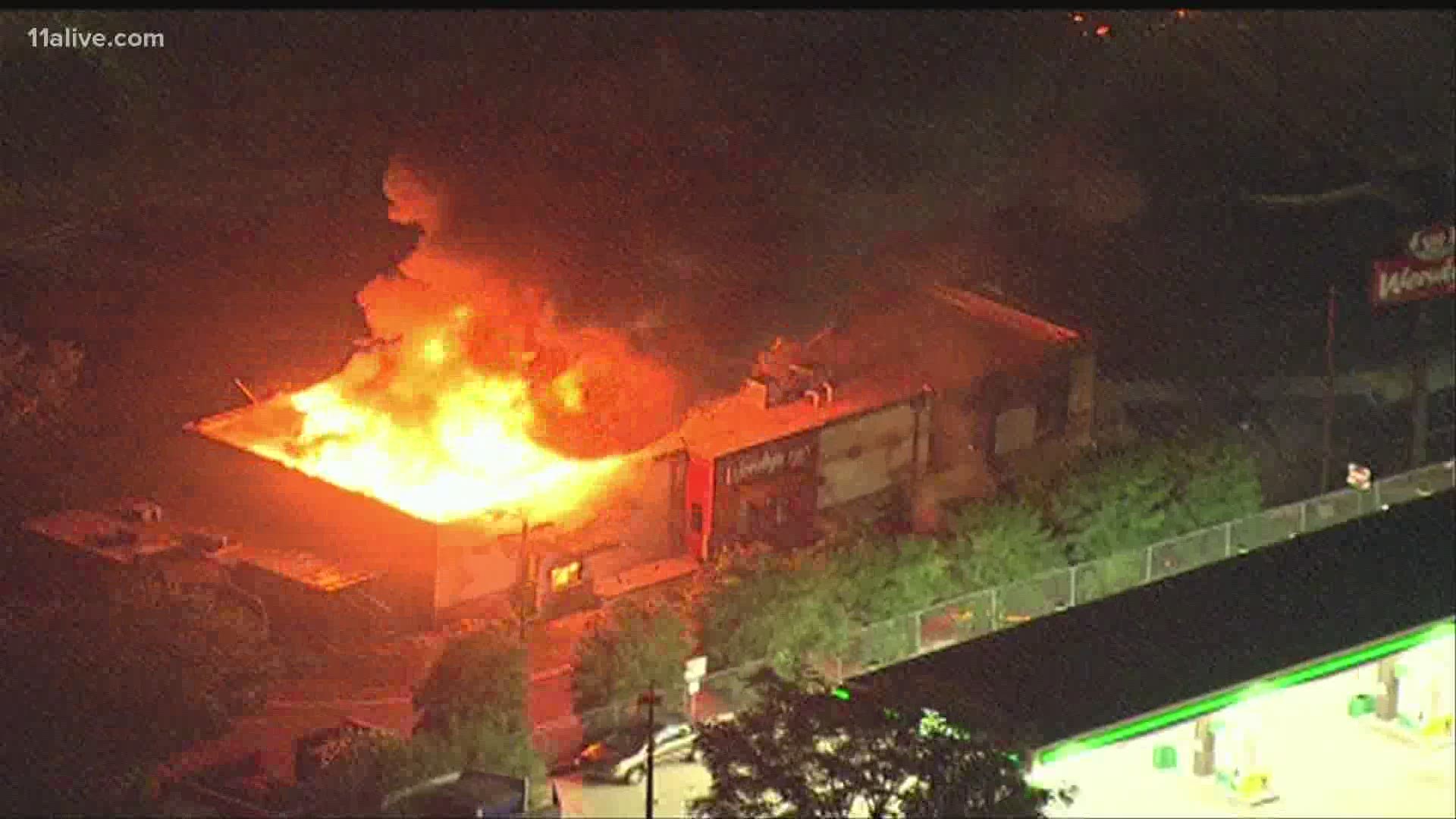 ATLANTA — The Wendy's fast food restaurant in southwest Atlanta where Rayshard Brooks was fatally shot by police was engulfed in flames Saturday night after a day of protests in the area.

Late Friday night, Brooks was shot and killed after police said he pointed a police Taser at one of the officers as he was running away from them.

On Saturday, protesters gathered near the scene for most of the day calling for the Atlanta Police Chief Erika Shields to step down. Later in the afternoon, Atlanta Mayor Keisha Lance Bottoms announced that Shields had resigned.

The resignation didn't slow the gathering of protesters, who took to the streets and shut down all lanes of the nearby Interstate 75/85.

Throughout the evening, there were reports of fireworks being thrown in the direction of the Wendy's. After 9 p.m., several flames were seen in the greenery around the restaurant. After 10 p.m. fire was seen in the drive-thru window of the Wendy's, followed by more flames in the dining area. Minutes later, the entire building was up in flames.

Firefighters, who had been prevented from responding to the scene earlier due to the protests, worked to contain the flames late into the evening. Just before midnight, the fire appeared to be out, but it appeared that the Wendy's building was a total loss.

"RIP Rayshard" was seen spraypainted on the building's remains.

It was not yet clear how the fire began. Fire officials said it appeared that no one was in the building.