A petition to save the statue has nearly 5,000 signatures. 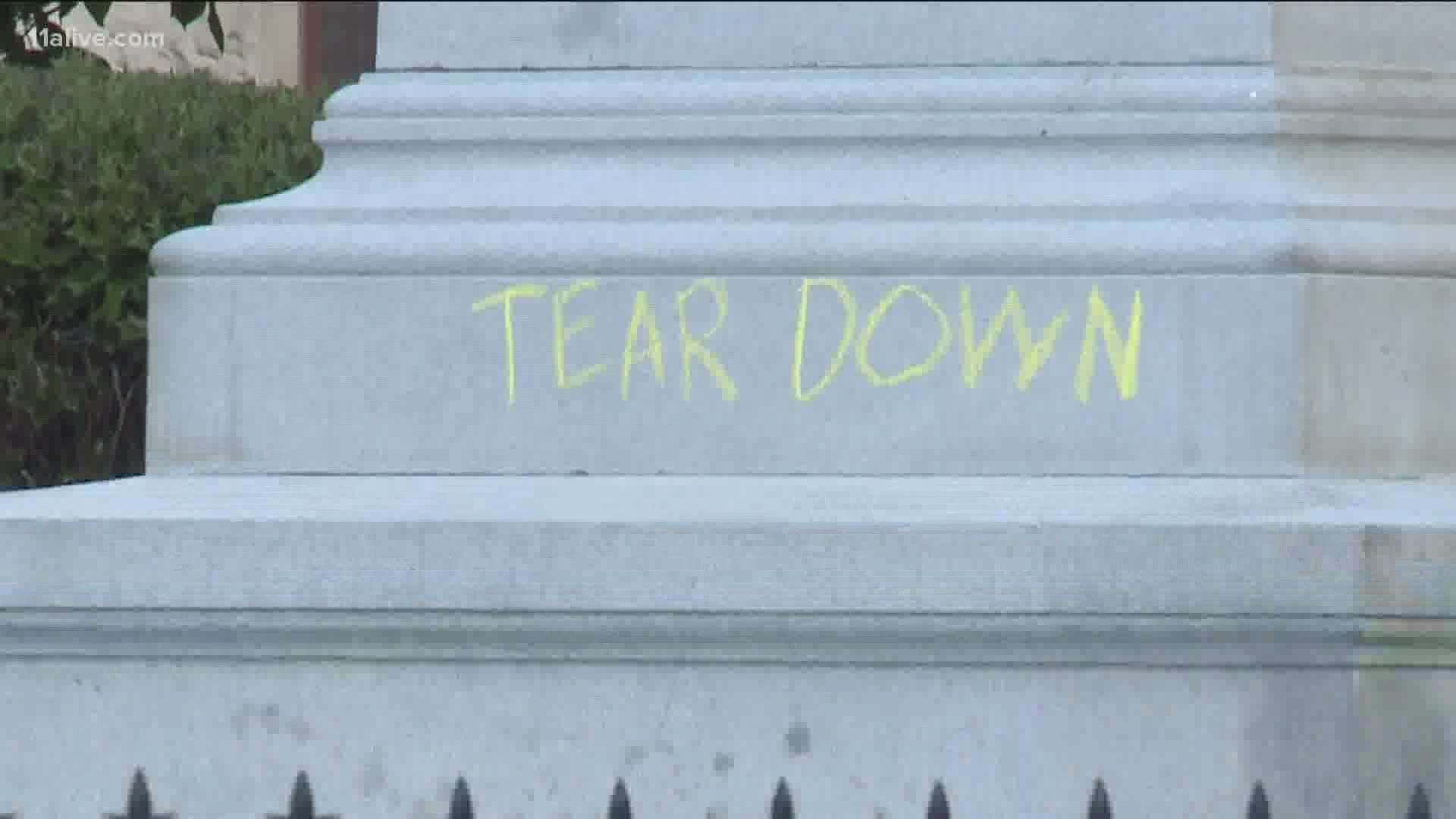 ROME, Ga. — A special meeting of Rome's Community Development Services Committee will address a call made earlier this week to remove a statue of Nathan Bedford Forrest, a Confederate general who was the first grand wizard of the KKK, from a historic cemetery in the city.

The statue of Forrest sits at the base of the Myrtle Hill Cemetery. According to the Rome News-Tribune, two people at the regular City Commission meeting on Monday petitioned to have it removed.

The special meeting of the development services committee will address the matter at 10 a.m., which will be streamed on Facebook.

Forrest was considered a talented general during the Civil War who helped win a number of battles, who is also notorious for one of the worst massacres of the war - the slaughter of hundreds of defeated and fleeing Union troops, most of them black soldiers, at the Battle of Fort Pillow.

RELATED: 'Tear Down' scrawled onto base of Capitol monument to Confederate leader and former Georgia governor

He was later mythologized by "Lost Cause" Confederate revivalists. A call to remove his bust from the Tennessee state capitol was rejected earlier this week, and lawmakers in that state voted yesterday to keep Nathan Bedford Forrest Day as a holiday.

Forrest gained further notoriety for his early influence in the KKK, a white terrorist group that sought to reverse advances by black people in the post-Civil War South of Reconstruction.

A petition to save the Forrest statue at the Myrtle Hill Cemetery has about 4,500 signatures as of this morning. It cites his involvement in a Civil War defeat of a raiding Union regiment near the Alabama border, "saving" Rome.

"ANTIFA and associated protesters are falsely using the tragic death of George Floyd to justify attacks on the History of Rome Georgia and all things associated with the South," the petition states.