The demonstration was held early Friday morning through the Atlanta neighborhood. 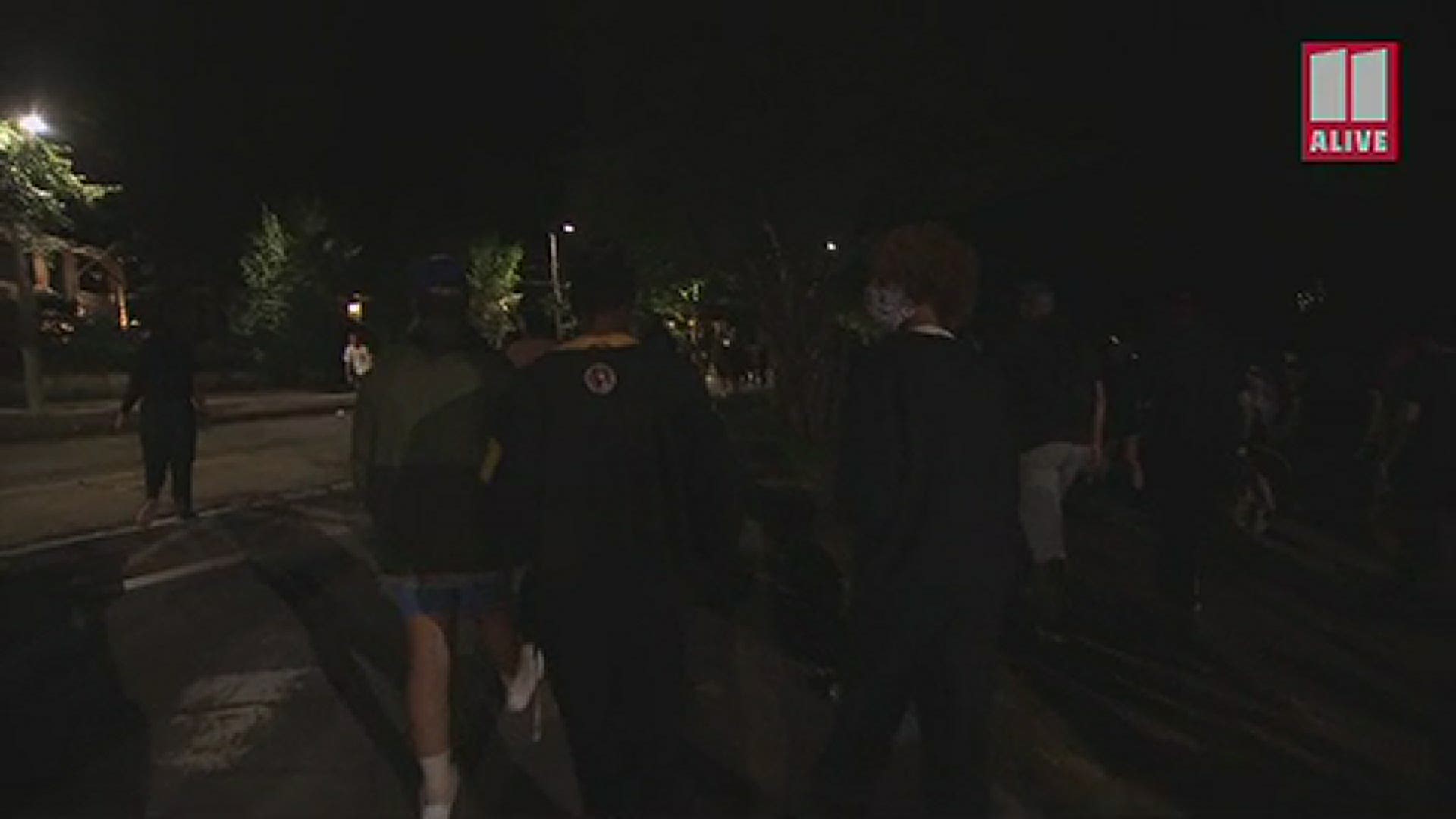 ATLANTA — Protesters in the hundreds staged a midnight march through Inman Park early Friday morning in a peaceful, energetic demonstration.

Chanting "Black Lives Matter" and "No Justice, No Peace," the demonstrators pierced the normal quiet of the tony neighborhood east of Downtown, known as Atlanta's first planned suburb.

One protester said it was meaningful to see a "lot of really excited young people happy to be here making a difference."

"I think it's absolutely essential to keep this fresh and on peoples' minds," Mike Winters said. "What I see here is a lot of really capable, smart young people who want to do what's good for the country, and they're all out here doing that with their bodies, walking as part of this movement."

There was some damage in the neighborhood, including to windows at Savi Provisions market on Elizabeth St. A viewer provided this photo:

Another protester said he didn't see the momentum behind the larger protest movements waning. Demonstrations against police brutality and systemic racism have continued throughout the country in the two weeks since George Floyd's death under the knee of a Minneapolis officer.

Kennesaw councilman: Removing the confederate flag from public park 'only the first step'