Here's what defunding police could mean in DC

Calls to defund local police departments could bring more funding for education and community programs around the district.

In D.C., the issue has been supported by some, serving as a focal point for protesters and community gatherings for the movement.

But what exactly does defunding police mean?

"It's not zeroing out the entire budget of police departments," Ward 5 Councilmember Kenyan McDuffie said. "They’re saying they want to see the resources that are currently going into over-policing communities of color shifted into investments and real needs of those very communities."

According to McDuffie, public safety currently accounts for over half a billion dollars in the district's budget. In contrast, he told WUSA9 that the Office of Neighborhood Safety and Engagement receives only $5 million. 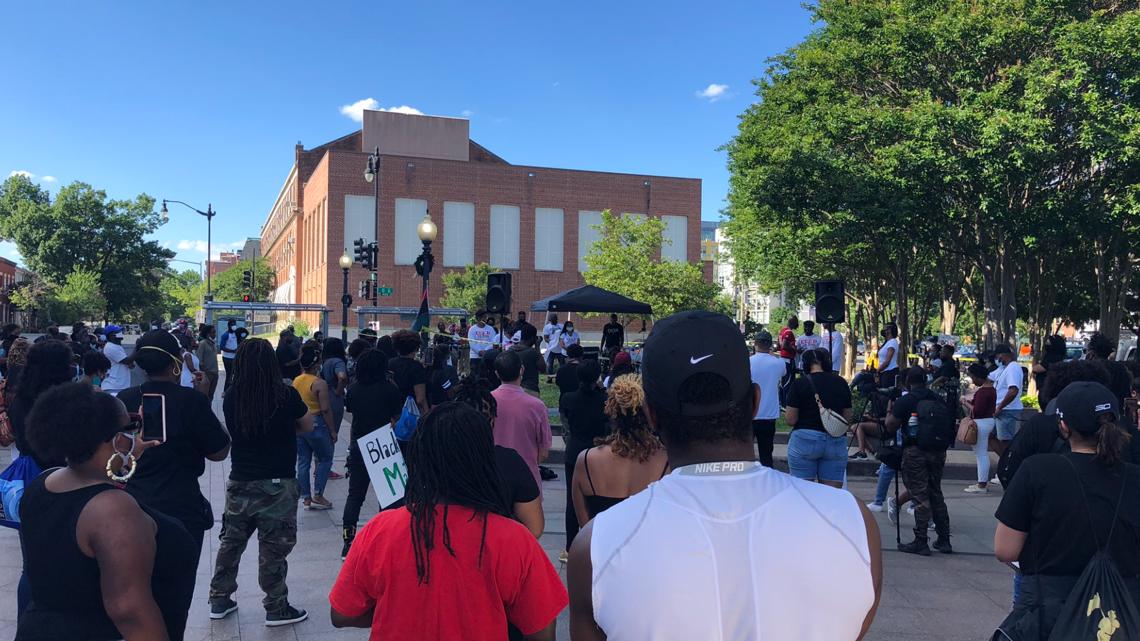 Now what? After protests, community groups address important DC issues moving forward
On Sunday, organizations and local leaders gathered at the African American Civil War Memorial to address issues needing attention following protests. WASHINGTON - Following days of protest and crowds gathering around the District after the death of George Floyd, conversations transitioned on Sunday to what could lie ahead for the movement.

Instead of continuing to invest heavily in law enforcement, McDuffie said district funds could go towards education and community programs as well as affordable housing and workforce development.

"People are saying defund the police because they see police cars on the corners of their neighborhoods, but they can’t walk to the grocery store to get healthy food options," he said. "There are better investments that we could be making in communities like programs around education, economic opportunities."

At a gathering on Sunday focusing on what could lie ahead after protests, Ward 8 Advisory Neighborhood Commissioner Salim Adofo said the city's budget should be a main focus for protesters.

What impact could defunding the police department have on neighborhood safety?

While McDuffie said budget changes could lead to a reduction in the amount of D.C. officers, he added that better planning and organizing within the department could lead to more community policing.

By letting officers occasionally patrol neighborhoods and interact with residents in a more peaceful way,  he said the District could reduce over-policing cases of officers showing up frequently and only in encounters.

"I think people want to have law enforcement in their community to the extent they are people who are of the community who understand the community," he said.

Changes with law enforcement could come as soon as this week.

On Tuesday, the City Council is expected to consider a police reform bill proposing several provisions that include procedural changes with body-worn camera recordings, changes to the office of police complaints board, the expansion of the use of force review board, abuse of power, search and seizures, officer training, police discipline and more.

McDuffie expects the bill to get unanimous support.

"Any meaningful police reform begins with transparency, accountability, and community policing," he said. "You have to keep building. This isn’t a one-off.”

RELATED: Want to help? Organizations looking for and offering support after Minneapolis unrest