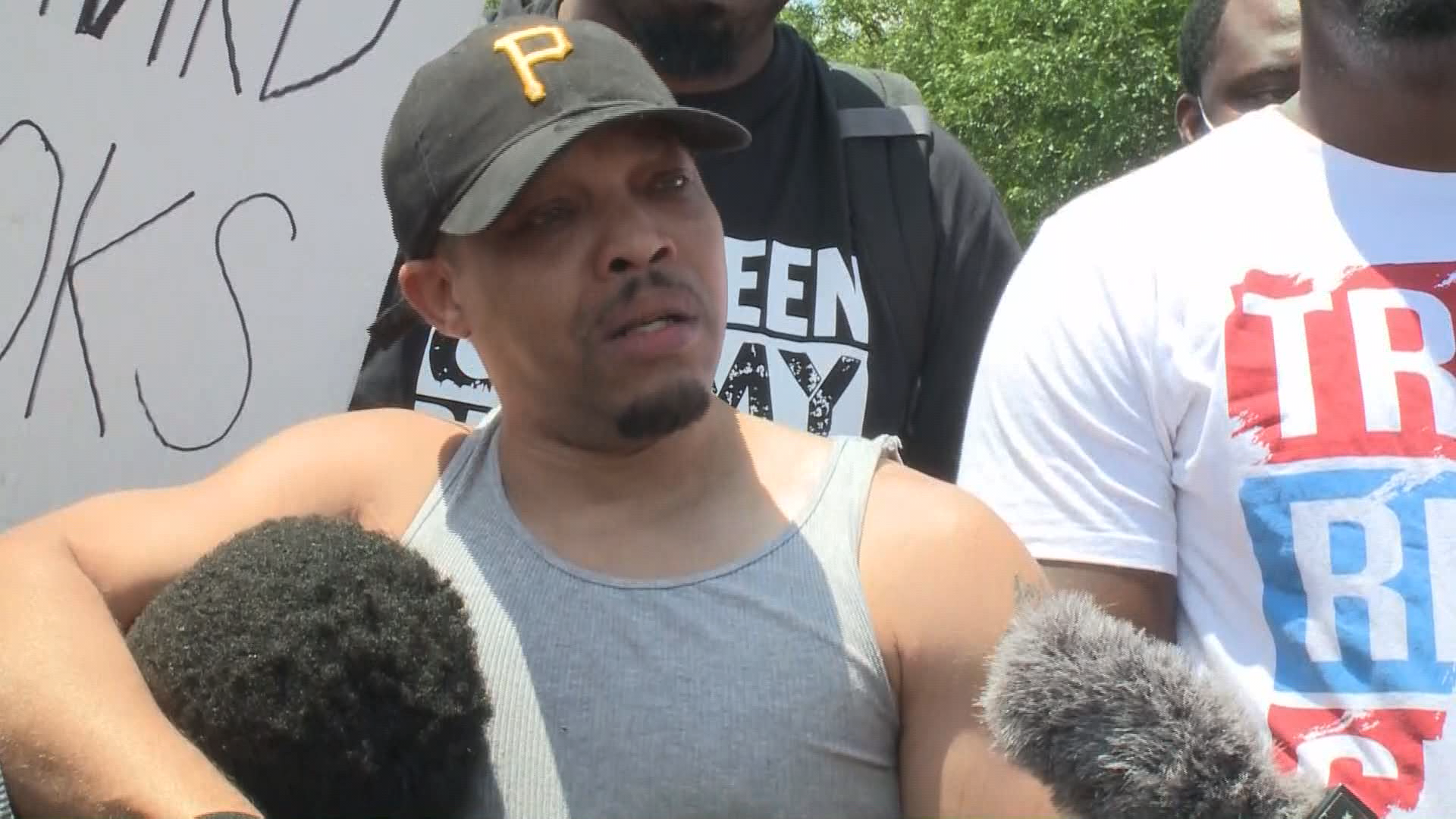 ATLANTA — Rayshard Brooks was shot and killed by Atlanta Police following a confrontation late Friday night at a Wendy's on University Ave. in southwest Atlanta.

A cousin of Rayshard Brooks' spoke on behalf of his family outside the Wendy's on University Avenue Saturday afternoon.

He declined to give his name, saying only that he should be known as "Rayshard Brooks."

"That's my name, and that should be every black man's name here in our city," he said.

He was very emotional as he spoke to reporters.

"I don't know how to do this, because I never knew I was going to have to do this. I watched this on the internet, from the whole George Floyd situation to coming together like we're doing, and this whole thing landed on my doorstep," he said. "I thought Atlanta was higher than that; I thought we were bigger than that."

His voice cracked as he held one of his sons.

RELATED: Man dies after being shot by Atlanta Police at Wendy's drive-thru

"I just want to make enough noise that they investigate this situation. Don't let Rayshard die in vain like that," he said. "We've watched this happen for so many years, these young black boys dying in vain. I just don't want that to continue."

"I just want to feel like we've got hope in this city," he said. "I'm much older than Rayshard."

"You would think at this point, this would be over," he said. "It seems like this is never gonna stop. I don't want this on my doorstep like this. I'd rather be back behind that computer watching. I didn't think it was going to hit right here."

Again, he spoke about the city of Atlanta and how the city should have been better than that.

"I thought this city was better than that. They've got an answer. Somebody's got to say something -- At least let the family know something," he said. "We need to at least know that the city is with us! Just don't hide this, just don't leave this, don't let my cousin die in vain."

He concluded by pointing out that his family had already done their crying, but that they want everyone to know that Brooks has a family that cares.

"He had family -- brothers and sisters and cousins -- he's got family," he said. "We hate that it happened -- we've cried already. We don't know what to do; we'll figure it out. We just want to know that there's hope in this city. We don't want to feel like this city is like just any other city."

1 / 27
WXIA
A man was shot and killed by Atlanta police during an officer-involved shooting on Friday, June 12 at a Wendy's on University Ave. in Atlanta.