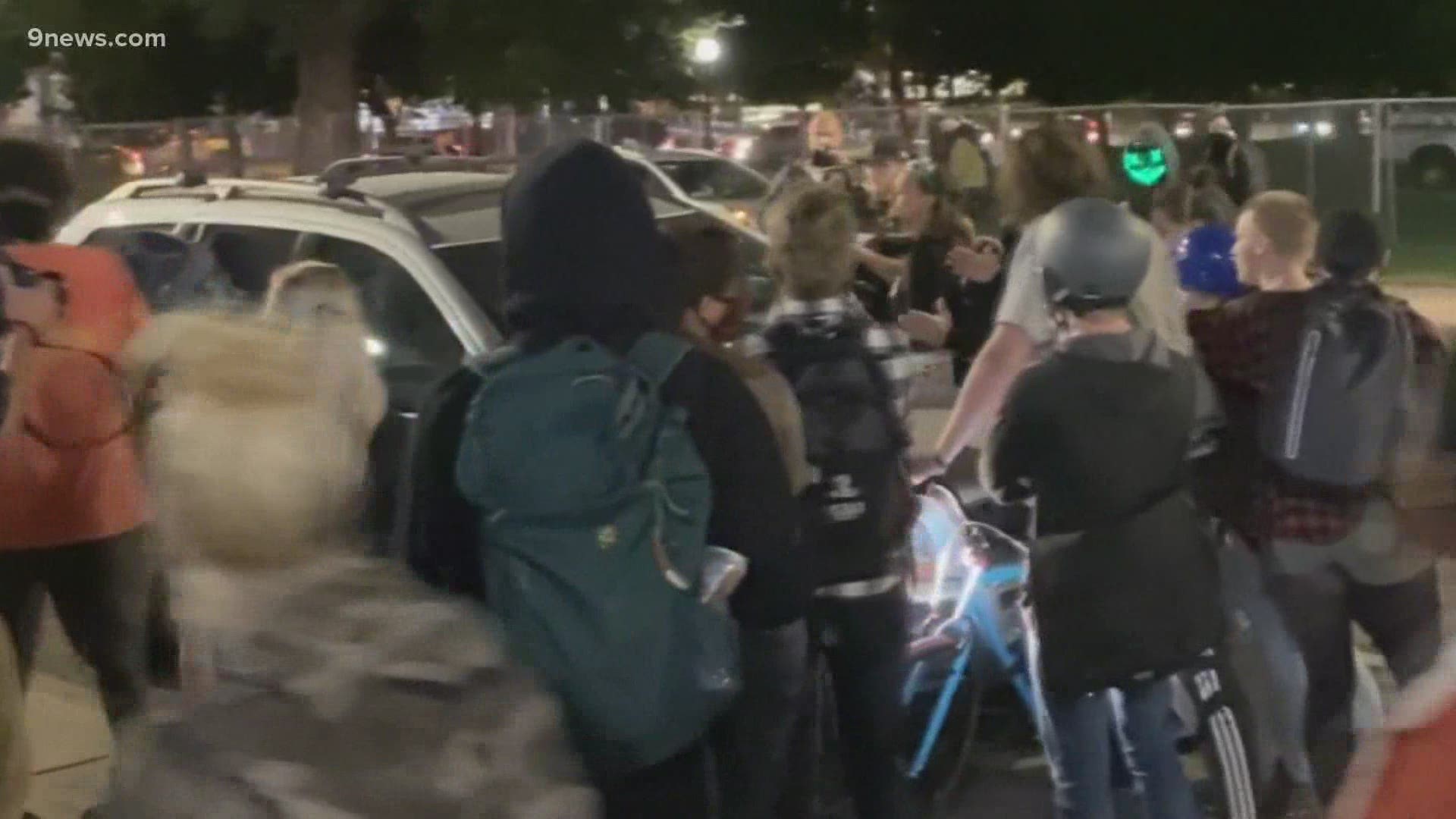 DENVER — A group that gathered for an organized demonstration in downtown Denver Wednesday following the decision in the Breonna Taylor case left the area after hours of marching and peaceful protests.

Not long after organizers told people to go home, a vehicle drove through a crowd near the intersection of East Colfax Avenue and Broadway. Denver Police said while one person was hit, no one was seriously injured. 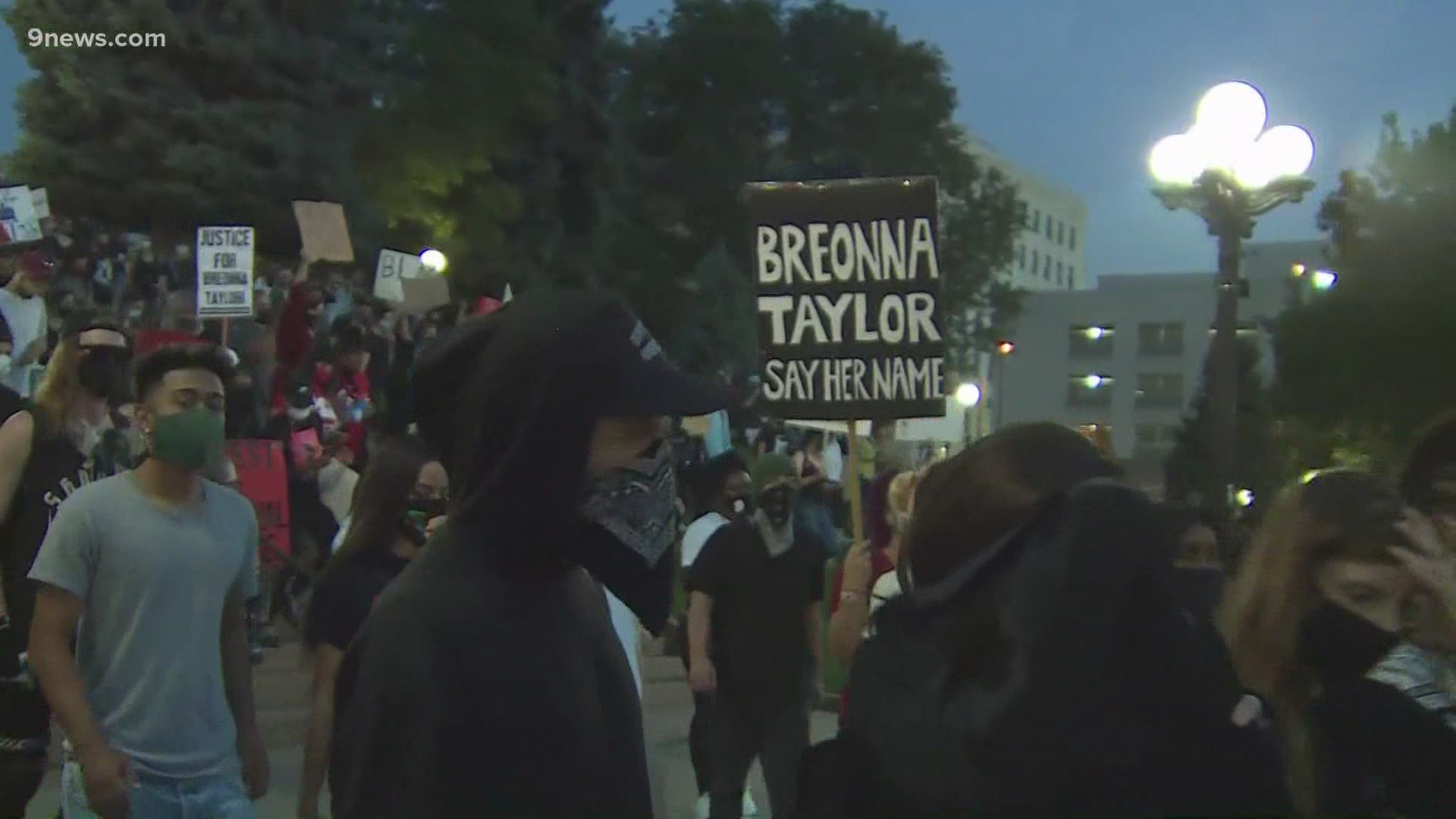 DPD Division Chief Ron Thomas said in a Thursday news conference that police stopped the driver shortly after he drove through the protesters and released him after verifying he was not alcohol-impaired.

Thomas said the video shows protesters kicking the vehicle and that the driver "worked his way out of the situation."

"Having looked at the video, it appears as though the [driver of the car] inadvertently turned into [the area]," Thomas said, adding that it "appeared they were frightened and took the opportunity to go forward." 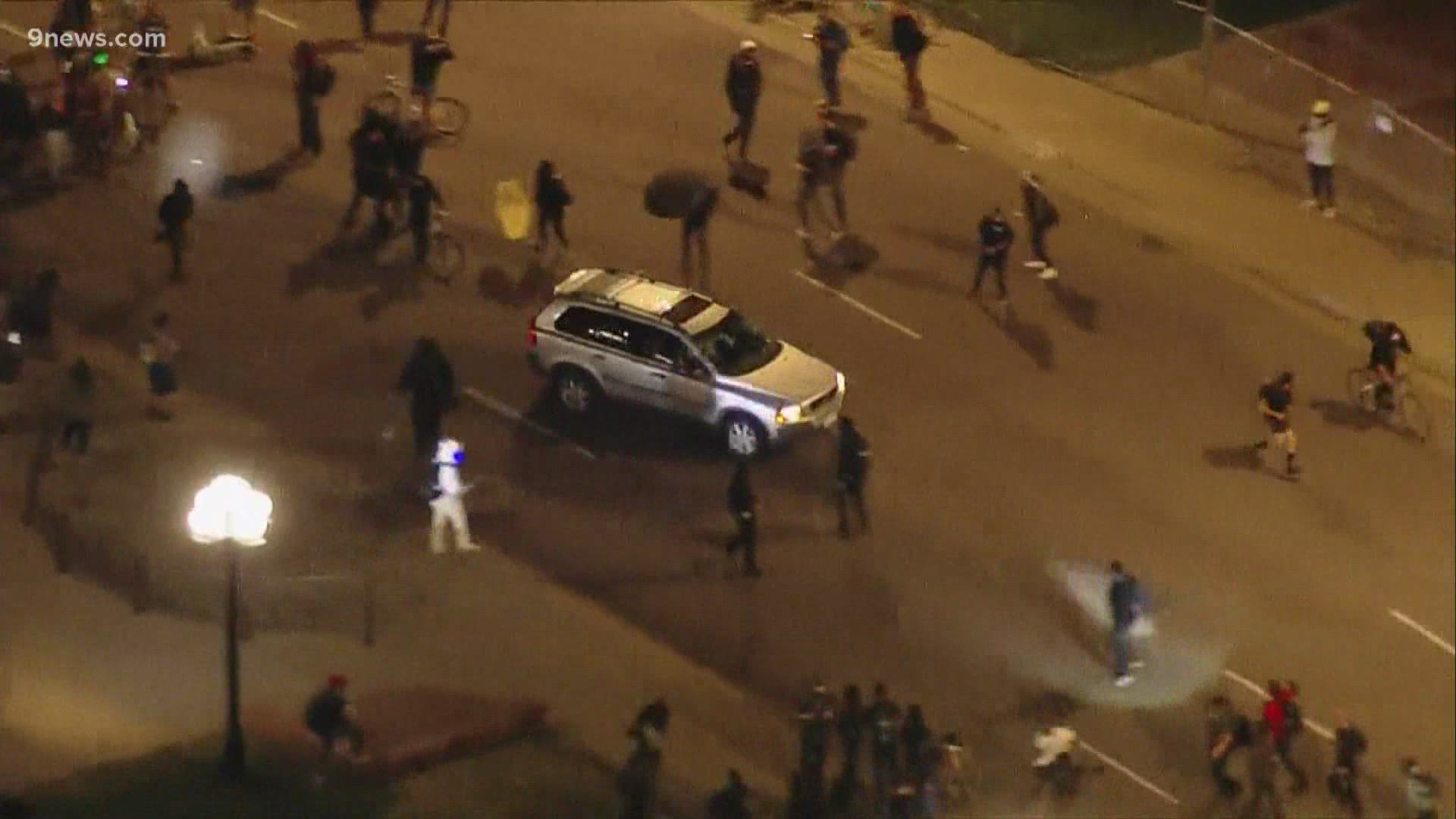 Thomas said DPD continues to investigate the incident to see if any charges are warranted, and that the driver of the vehicle provided a written statement and is being cooperative.

He also said DPD does its best to divert traffic to allow people to peacefully protest, but that it is, "a challenge to be able to block traffic ahead of them and behind them so people don't drive on them or turn [into the protest]."

Thomas said DPD recommends drivers pay close attention to the direction they're driving and to turn around, if possible, if they see cars stopped ahead or large groups of people ahead.

"In the event someone is blocking you, stay in your car, lock your doors, do not engage protesters," Thomas said. "If you feel threatened, call 911. If there's a safe escape route that opens, safely try and take it."

Thomas said DPD does not advocate driving into or through groups of protesters.

Earlier Wednesday, hundreds listened to speakers outside the Colorado Capitol, most of whom were Black women who organized the event. 9NEWS reporter Jordan Chavez, who covered the demonstrations, said speeches focused on justice for Taylor, as well as protecting Black women.

After, some of the crowd marched down the 16th Street Mall, where a moment of silence was held for Taylor. Others marched to Republican Sen. Cory Gardner's office and then returned to the Capitol building.

Moment of silence for Breonna Taylor in the middle of 16th Street Mall in Denver tonight. #9News pic.twitter.com/kupHv5ACKR

Organizers of the evening's peaceful protest stressed that anyone who stayed after they were asked to leave was not part of their group.

9NEWS reporters confirmed a different group had moved toward a Denver Police station at Colfax Avenue and Washington Street where people dressed in black carrying umbrellas were in a standoff with police.

I didn’t see police throw any gas over fence, but they may have. Protesters lobbed something (back?) at police. Right after this video I heard what sounded like a firework. pic.twitter.com/8Ur3uXu6tu

A grand jury in Kentucky earlier Wednesday indicted a single officer, Det. Brett Hankison, with three counts of first-degree wanton endangerment. None of the officers involved in the case, including Hankison, were indicted in the fatal shooting of Taylor, a 26-year-old EMT and aspiring nurse.

>> The Associated Press and WHAS11 News Staff contributed to this report.