The statue stood since 1891 in Monroe Park, surrounded by the Virginia Commonwealth University. 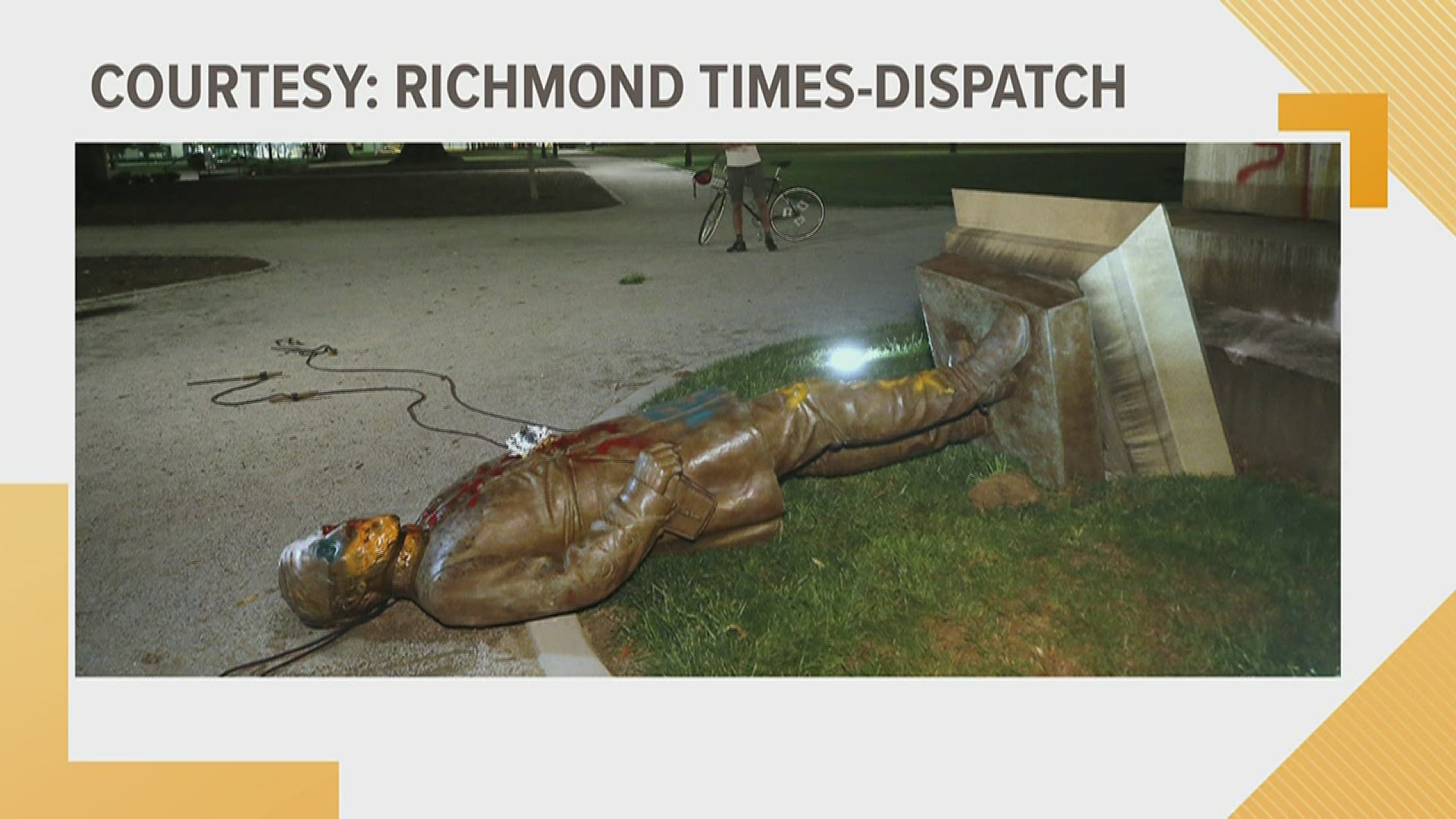 RICHMOND, Va. — A small group of demonstrators have toppled a statue of a Confederate general in the the former capital of the Confederacy, following a day of largely peaceful protests in the Virginia city.

A Richmond police spokeswoman says the statue of Gen. Williams Carter Wickham was pulled from its pedestal in Richmond’s Monroe Park on Saturday.

She did not know if there were any arrests or damage done to the statue.

The statue stood since 1891 in Monroe Park, surrounded by the Virginia Commonwealth University.

RELATED: US Marine Corps to remove public displays of the Confederate battle flag

RELATED: Robert E. Lee statue, other Confederate monuments in Richmond to come down

RELATED: Confederate monuments coming down around South amid protests