Police blocked highways and ramps as hundreds marched from downtown and attempted to walk onto the roadways. 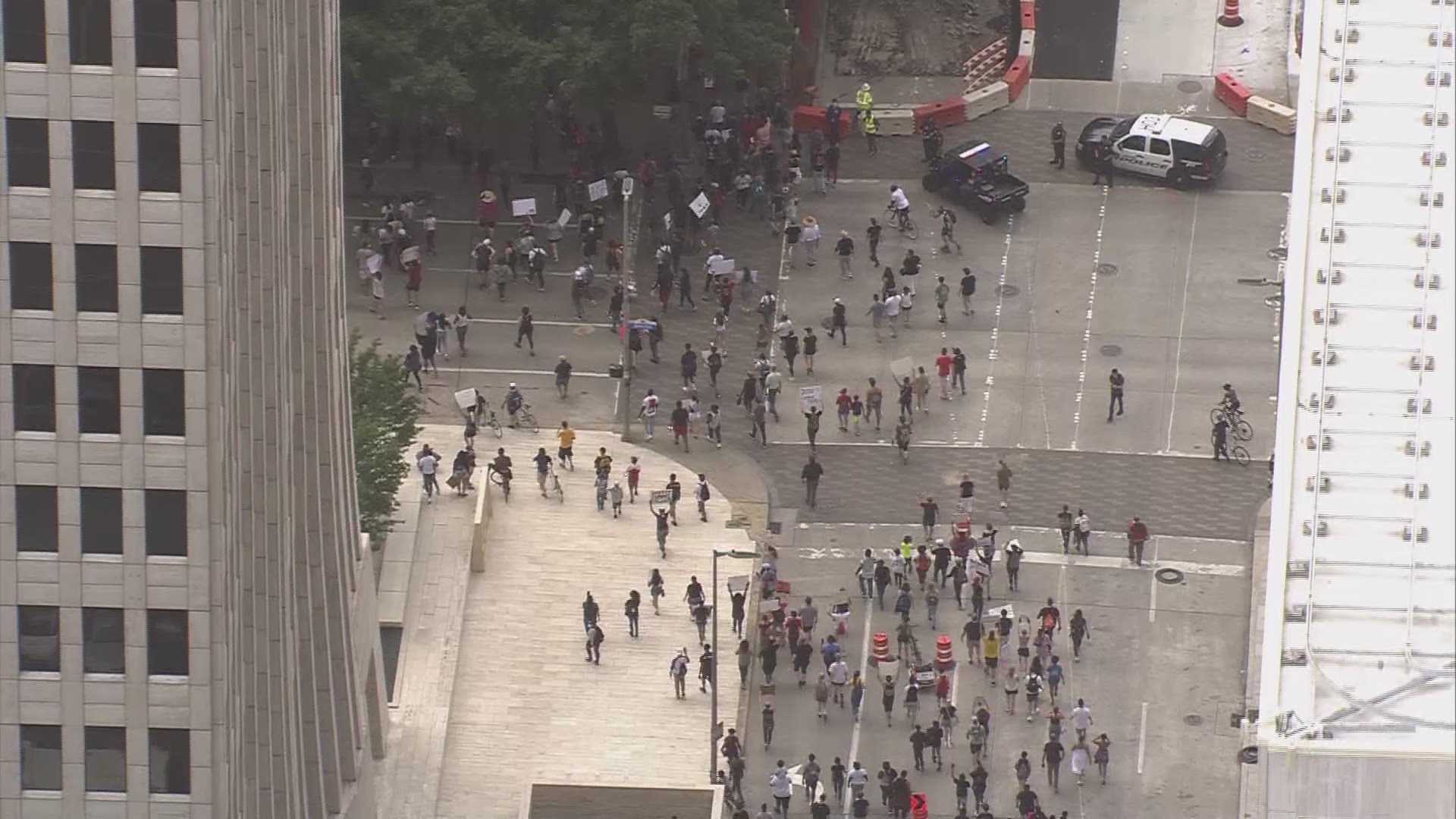 HOUSTON — As protests and rallies in the memory of George Floyd continued in Houston Friday afternoon, the protesters moved from downtown and tried to walk on Houston freeway.

Dozens attempted to walk onto I-45, but police prevented them. Elsewhere, dozens more walked on US-59, but were later moved off the highway on to the access road near Emancipation Park.

Earlier in the day, several hundred people marched from Discovery Green to Houston City Hall Friday in honor of Floyd, who died while in police custody in Minneapolis.

Marchers carried signs and chanted "No justice, no peace," and other rallying cries along the way.

At City Hall, they shouted "I can't breathe" in reference to Floyd's pleas for help as former officer Derek Chauvin kneeled on his neck.

Chauvin was charged with third-degree murder and manslaughter Friday.